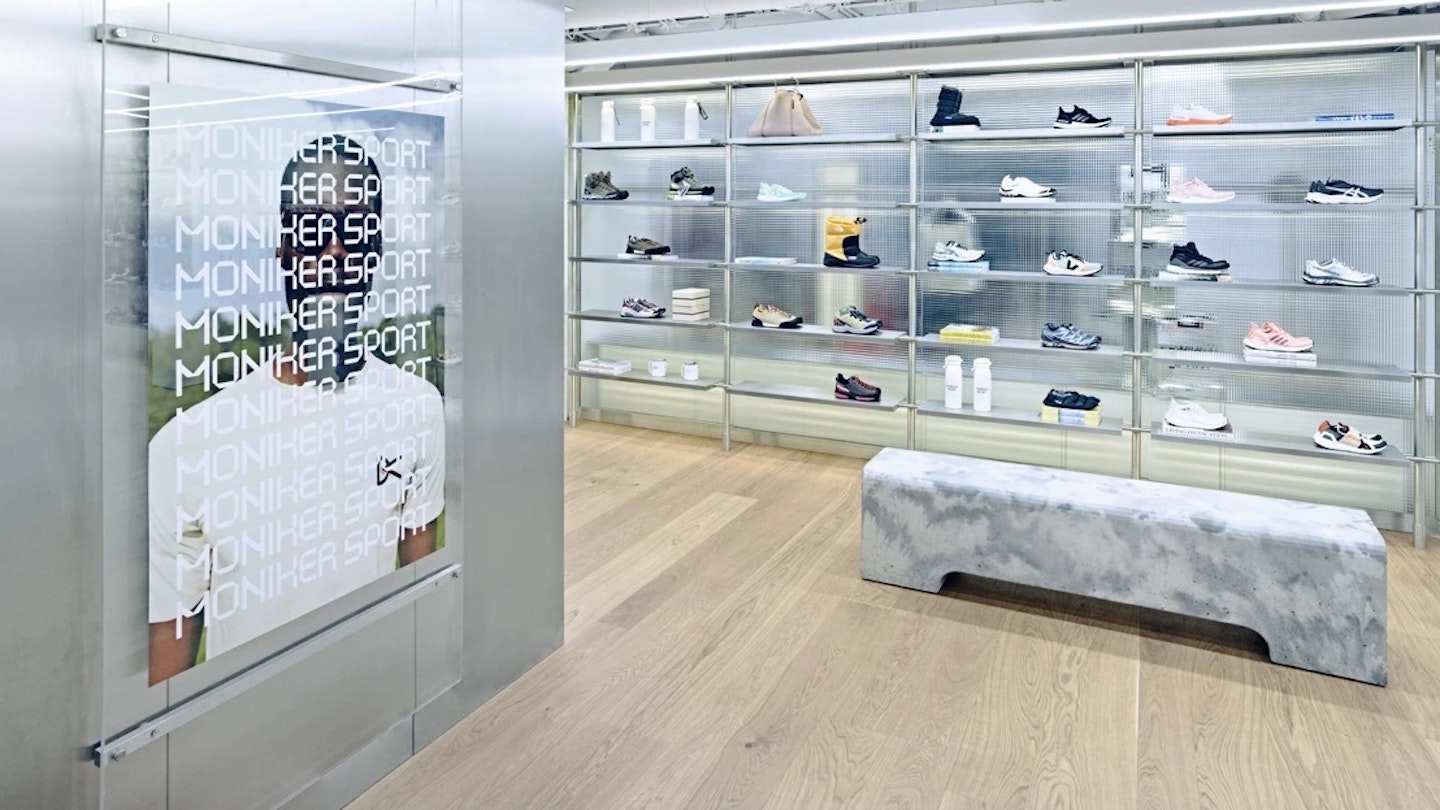 Situated by the busy high-end shopping street in Oslo, Bogstadveien, Moniker opened its doors to the public in the Spring of 2020. The Moniker brand experience is inspired by the human need to express individuality and features five distinctive personality traits, influenced by iconic muses of the 19th and 20th century. These zones offer secluded and playful spaces for visitors to enjoy, making a visit to Moniker about more than a simple transaction, but rather an immersive experience counterpointing fast fashion and the standardization and predictability of traditional department stores.

In early 2021, the Moniker brand store was extended with a new story comprising a men’s and sports section dubbed Moniker Man and Moniker Sport. The extension complements the existing brand store by expanding the physical space of the online store, and by adding a new dimension to the existing space.

Inspired by the bold astronaut couple Anne Lee Fisher and William Frederick Fisher, Moniker Sport features minimalistic sportswear for both men and women. This zone sources its cultural references from NASA, echoing technical space gear and the dichotomy between the human sphere and the other-worldly, the industrial and the organic. The zone features steel-toned details against a more earthy and coarser backdrop and is designed in collaboration with art designer Pettersen & Hein. Moniker Sport further plays on different nuances of white, inspired by the six shades of white that can be found in an astronaut’s spacesuit. Designed as a unified space that should reveal itself as one walks through, Moniker Sport offers a playful and out-of-this-universe experience for exploration and fun.

Delon’s zone is inspired by the French riviera and features a warm and colorful interior design that challenges our conception of what falls into the categories feminine and masculine. The graphic design Snøhetta developed for this part of the Moniker brand experience heavily informed the interior design, creating a space with rounded shapes, arches, and organic shapes. Playing on a more classic repertoire, the ambitious zone features timeless, hollywoodesque materials such as burlwood, combined with the more industrialized material palette of the racing industry.

By superimposing layers of cultural references and atmospheres through the brand identity, and graphic and interior design, Moniker highlights and honors those who dare to stand out and showcase their individuality. Through its interdisciplinary and holistic approach to branding, graphic design and interior design, the Moniker brand house sets out to become a new icon of the Norwegian and Scandinavian brand house scene, both in the physical Moniker brand house and online on moniker.no.