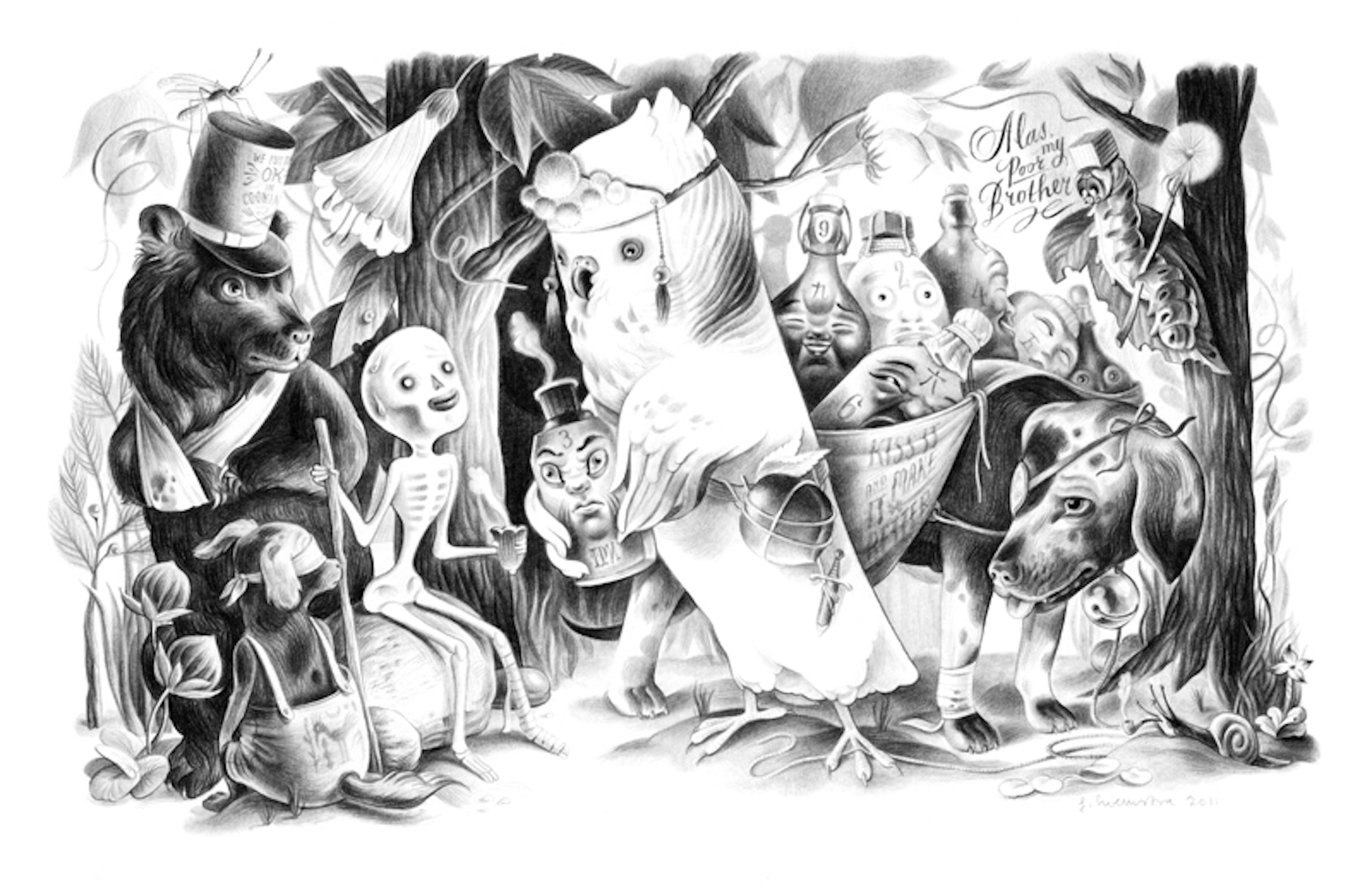 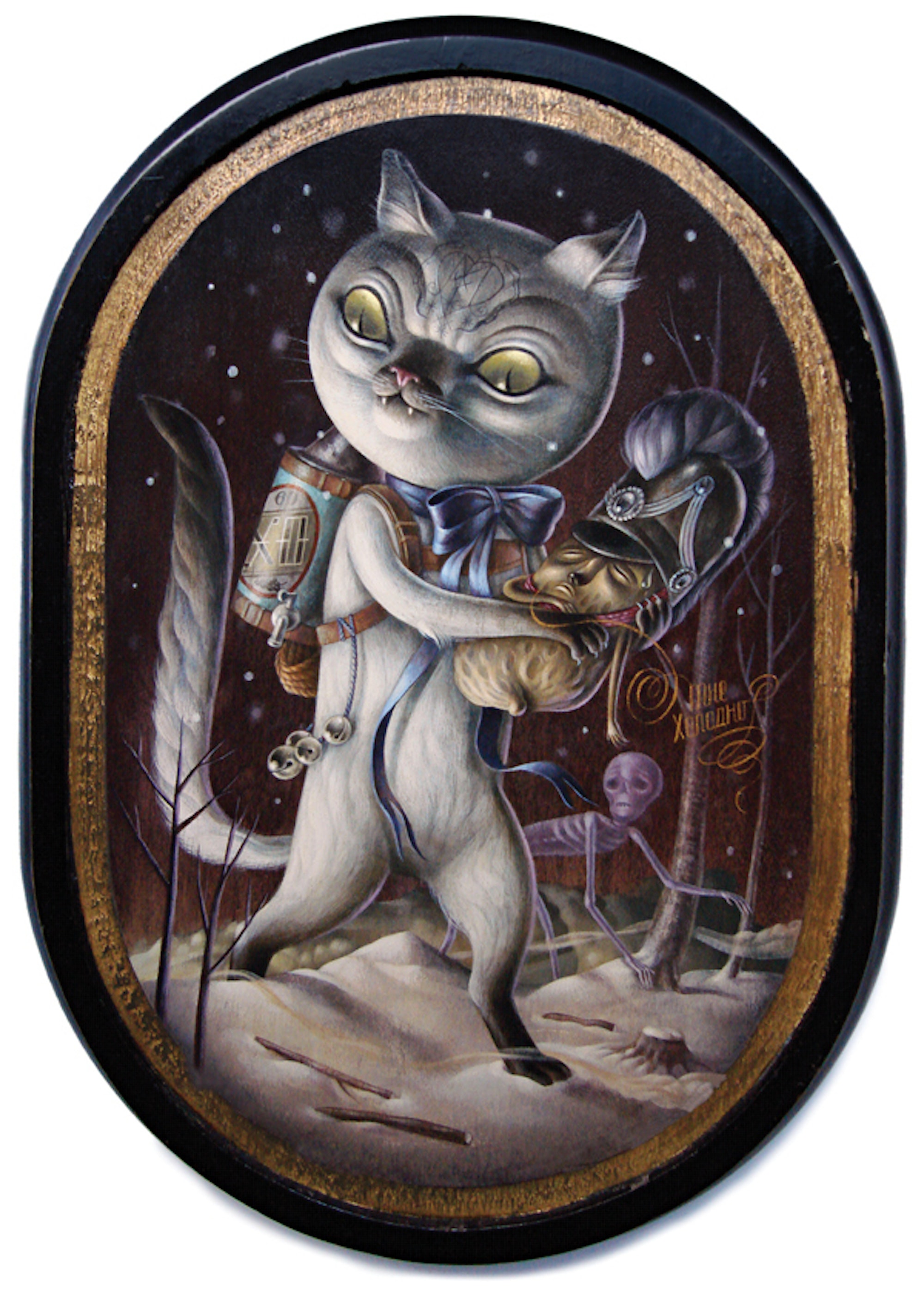 Born and raised in Zaanstad, the Netherlands, in a nature loving family, Femke Hiemstra wanted to pursue a career as a veterinarian. Then a forest ranger. And then 'something' with horses. But she ended up choosing the creative route, following the artistic call inside to pursue a career as a freelance illustrator. Her distinctive style quickly captured attention and she found success as a fine artist, showing in galleries across the globe and boasting an impressive collector and fan base.

Her dreamlike and cleverly humorous paintings and drawings traditionally feature anthropomorphic flora and fauna in darkly fantastical narratives. Using acrylic paint or graphite pencil on a various found canvasses, Femke's work is shown at galleries in the US and Europe. She now calls the laid back Dutch capital Amsterdam her hometown.

I was born in Zaanstad in 1974, a commuter town close to Amsterdam (The Netherlands). I grew up living nearby fields where I would roam the dredged ditches in search of stone pipe heads or animal skeletons. If I wasn’t building tree houses or rafts I would stay home and eat liquorice and drink buttermilk, read my Dad's (‘Robbedoes’) comic mags from the 60's, my Little Golden Books or the overfilled picture books of Richard Scarry or draw horses and birds of prey on pink paper. Today I live and work in Amsterdam, the laid-back Dutch capital.

A few years ago I gave up being a full time illustrator to become a full time artist. At my home studio I create mixed media paintings and black and white graphite drawings about card playing snowmen, lollipop ship captains, giant strawberry wrestlers and Halloween gods with lantern eyes. I often work on vintage objects such as boxes and wrappers, to create imaginary products with magical properties, surrealistic works that invite you to enter the world that lies inside.