‘They have coffee on the stairs every morning at nine, which means you’re right on time,’ says Vitamins co-founder Adrian Westaway of the studio’s notoriously eccentric neighbours as he takes the rain-drenched coat I've shed and hangs it, not surprisingly, behind a hidden door.

‘The thing is we always leave it open,’ he remarks of the illusion. ‘Either you see it straight away or we’re too excited to show you and spoil the surprise. It ends up a reverse punchline.’

For Westaway, sleights of hand are second nature; as head of technology and magic at Vitamins, his official role may raise the occasional eyebrow, but with a background in electrical engineering and training as a professional magician, realising the unbelievable is part of the job. Westaway is, however, terrible at following that one cardinal rule: Whether it’s pointing out the studio’s DIY hidden door or explaining the research behind award-winning work, he can’t resist revealing secrets. But this spirit of wonder and sharing is what makes the alchemy of Vitamins so bewitching. 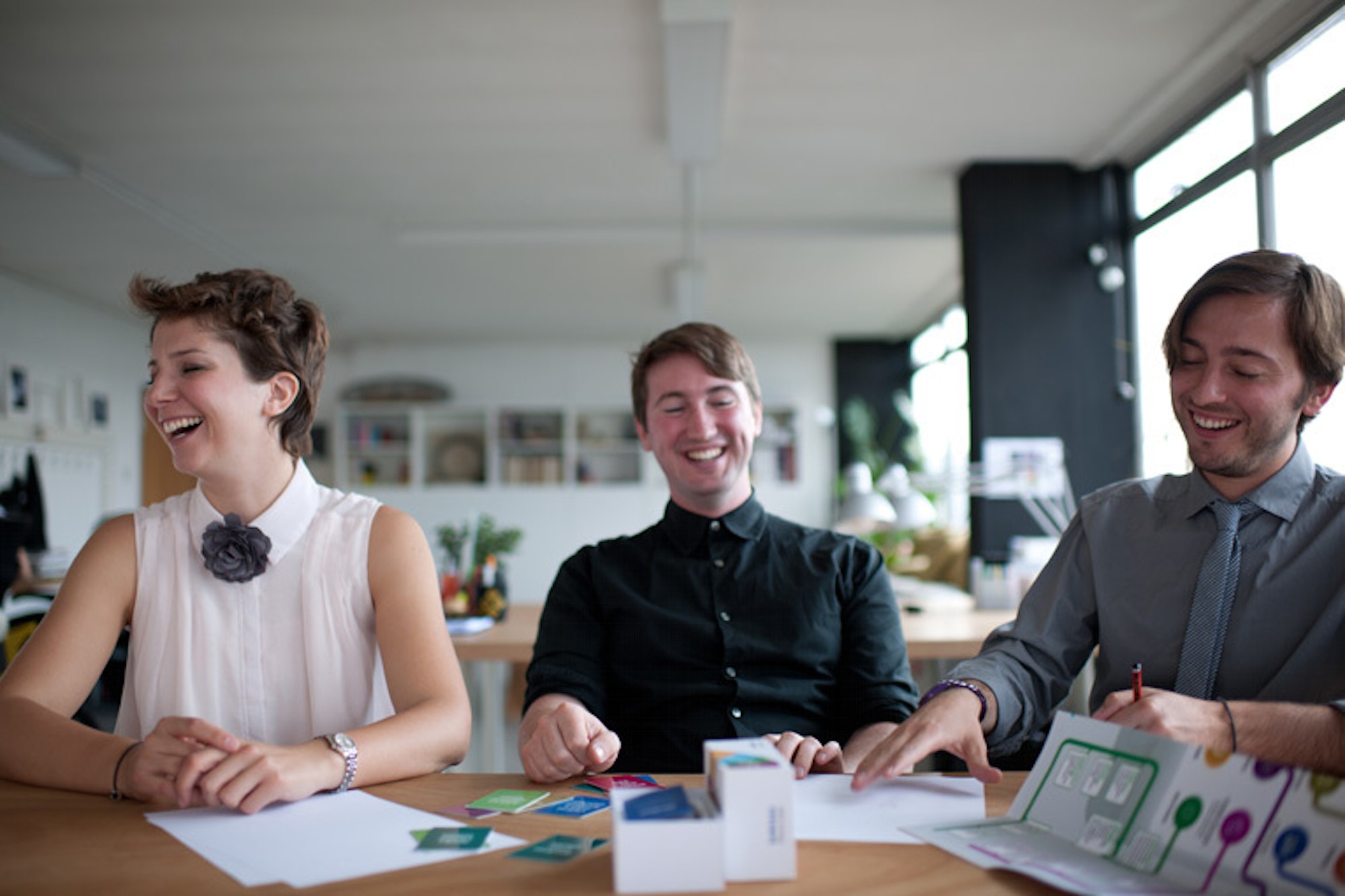 Klikk for å se bildet "Us3 Lol" i full størrelse 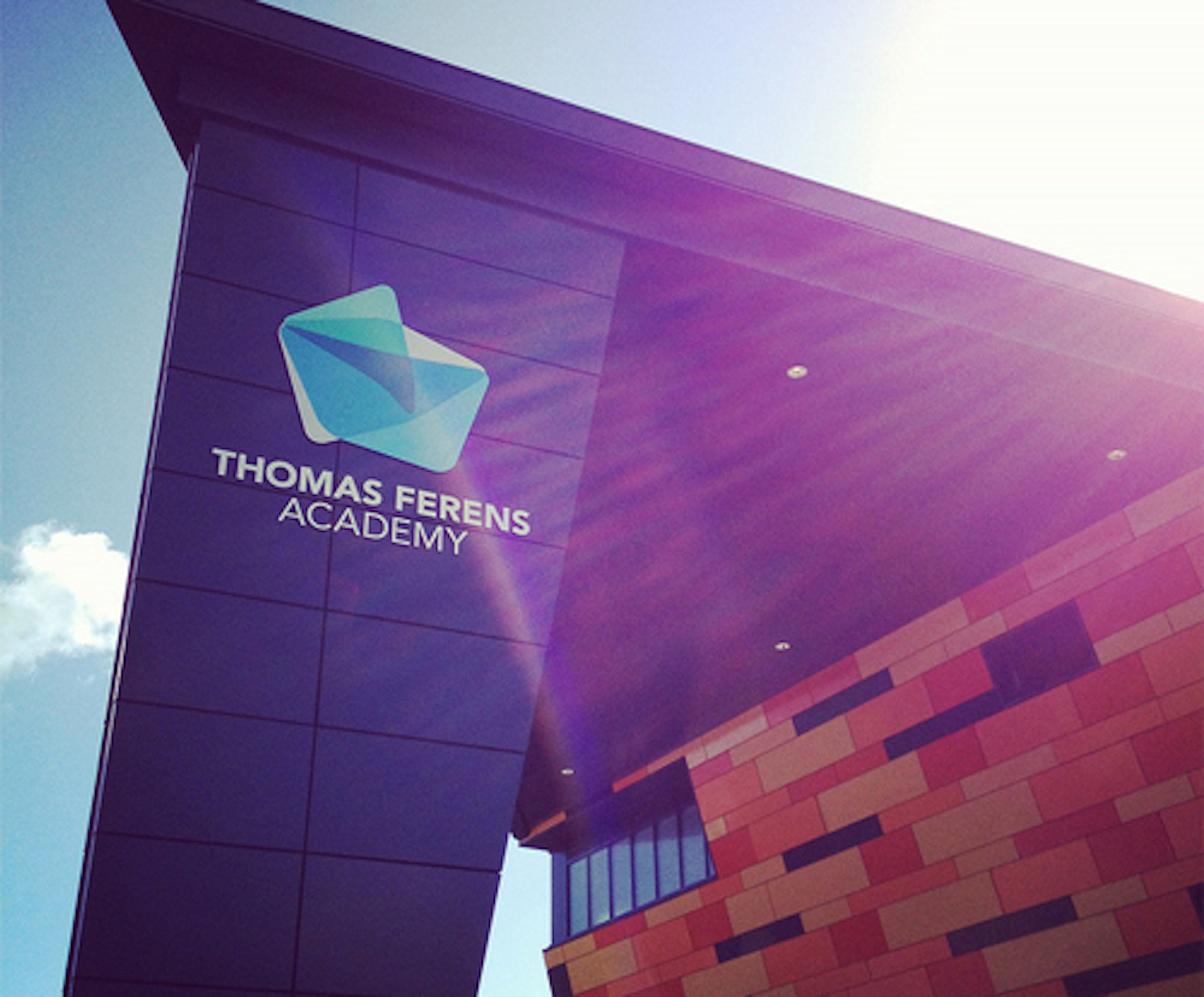 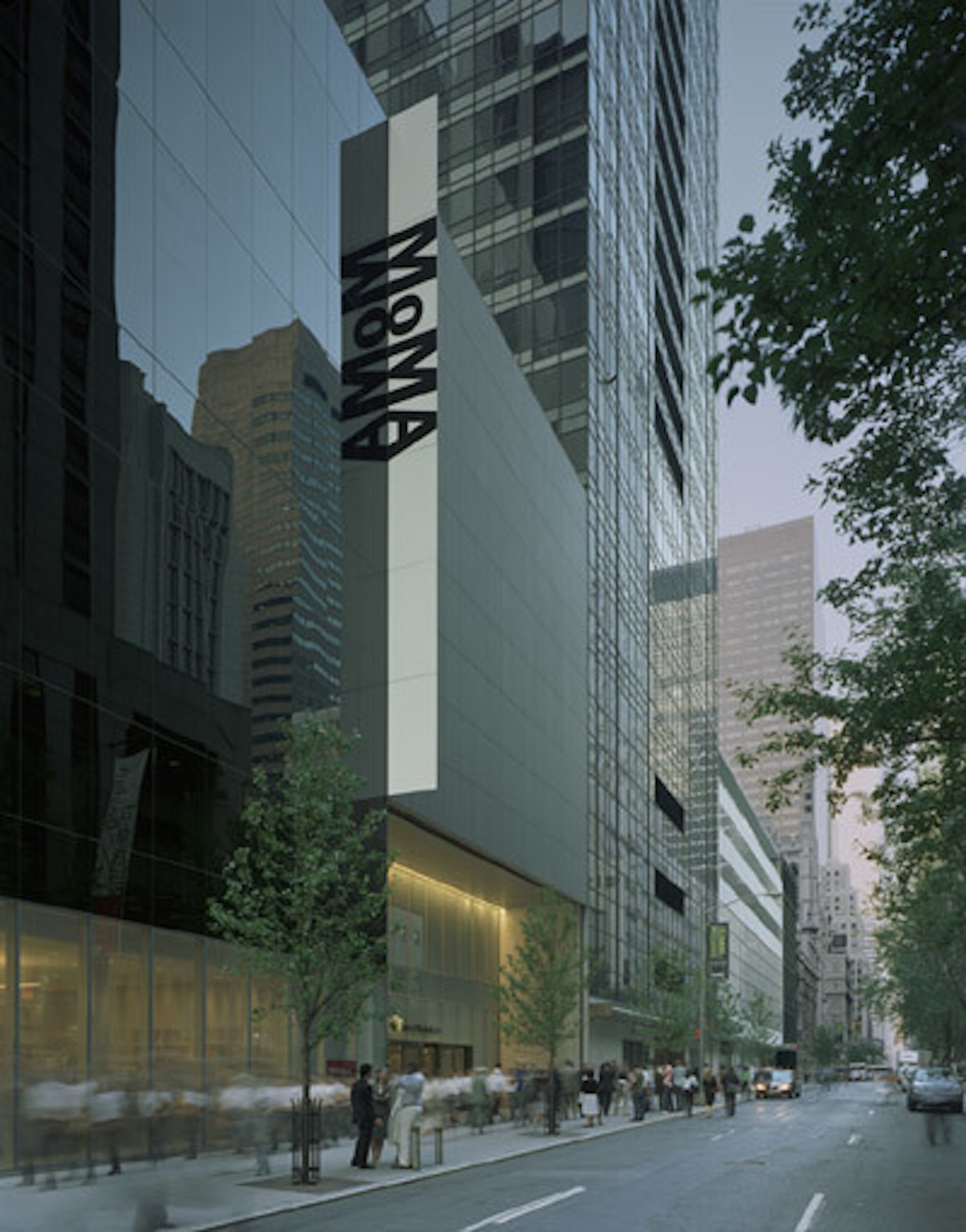 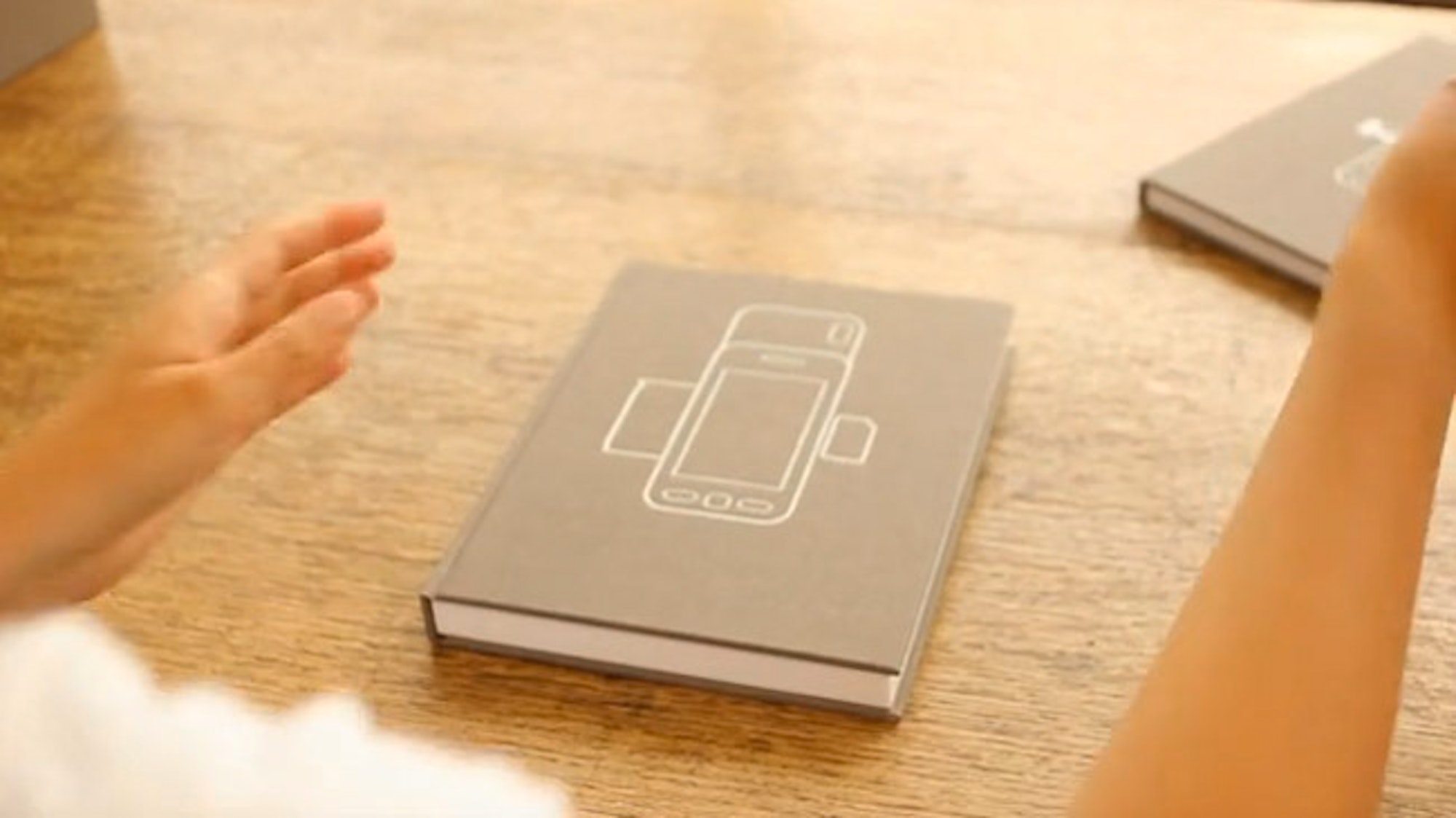 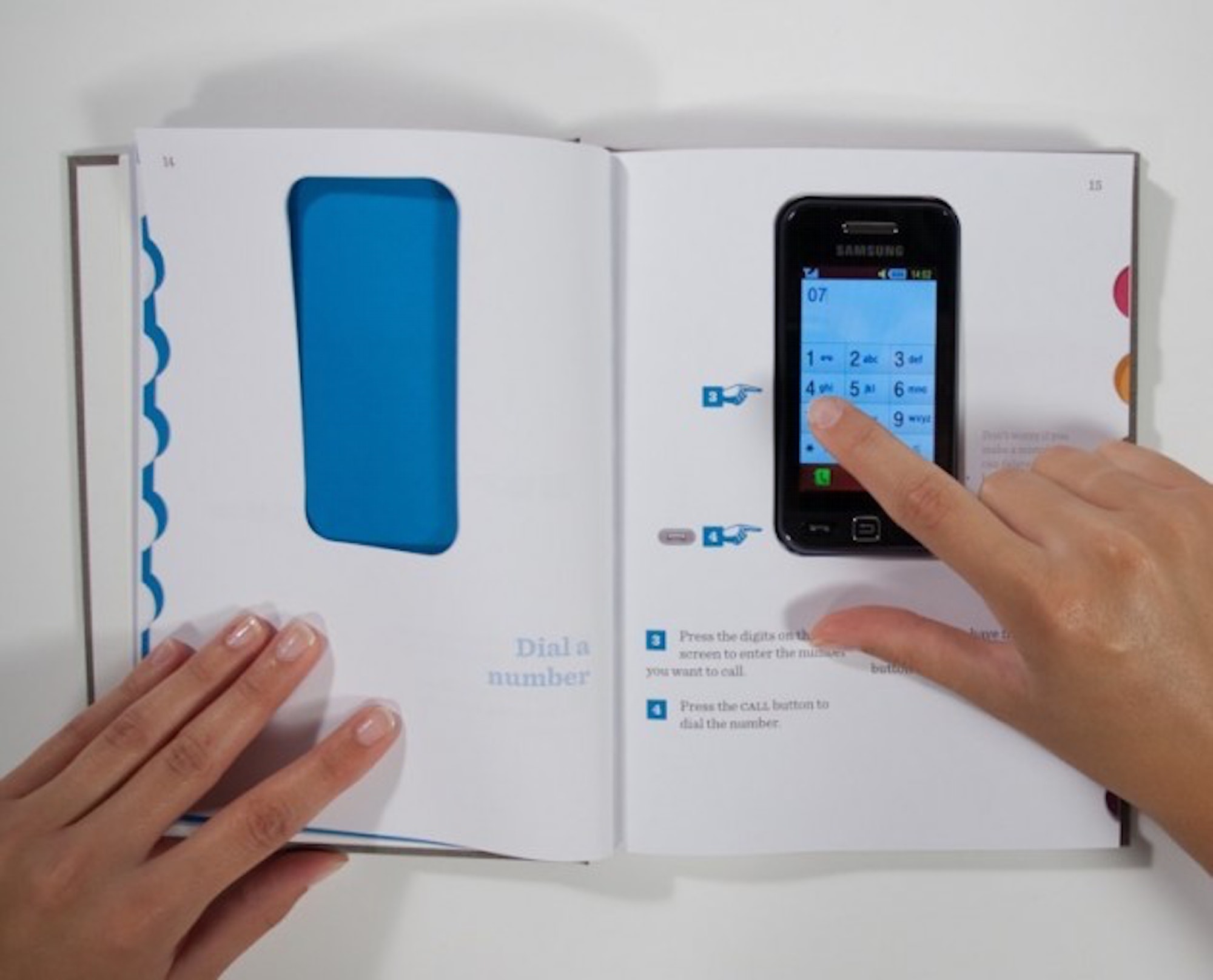 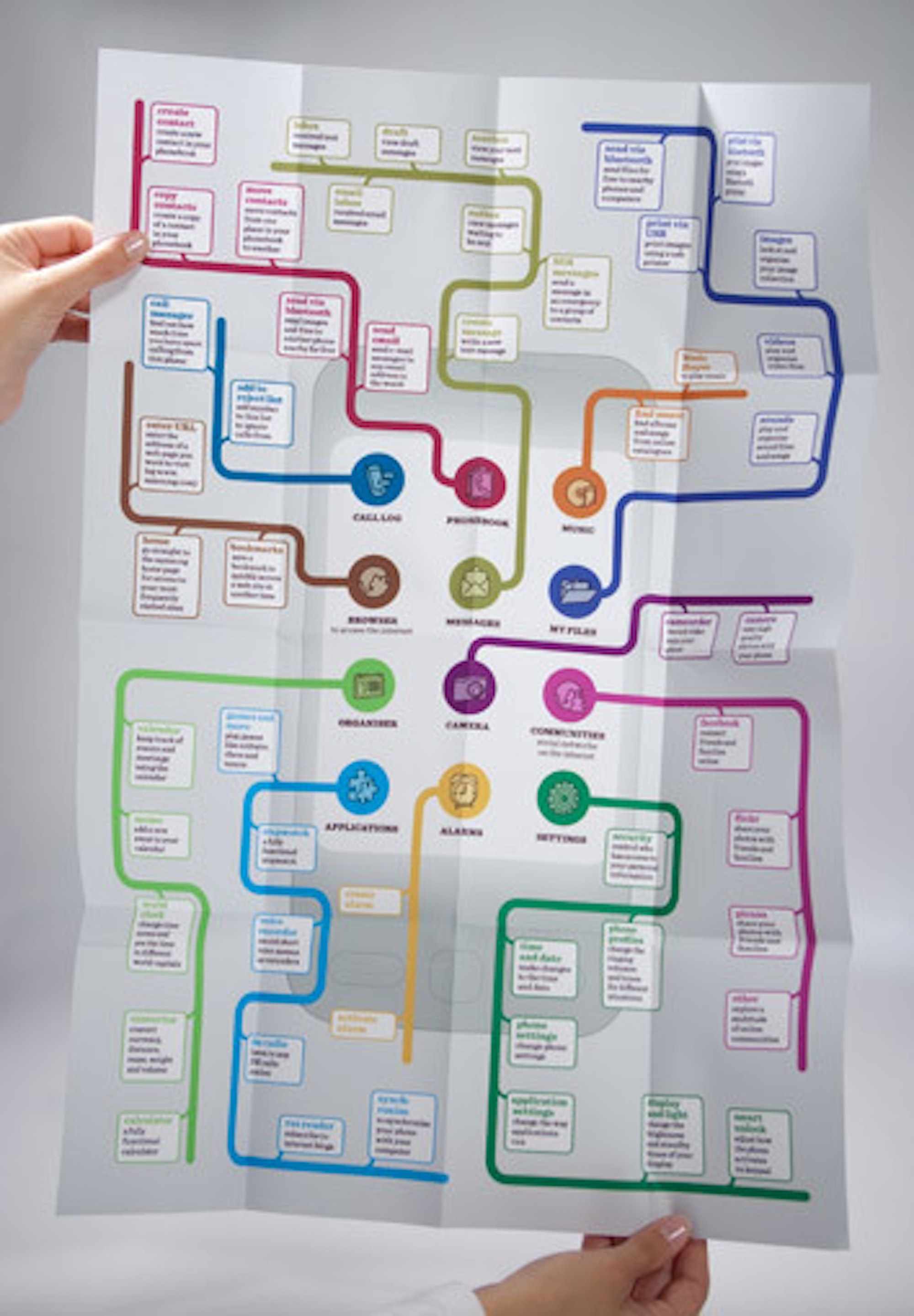 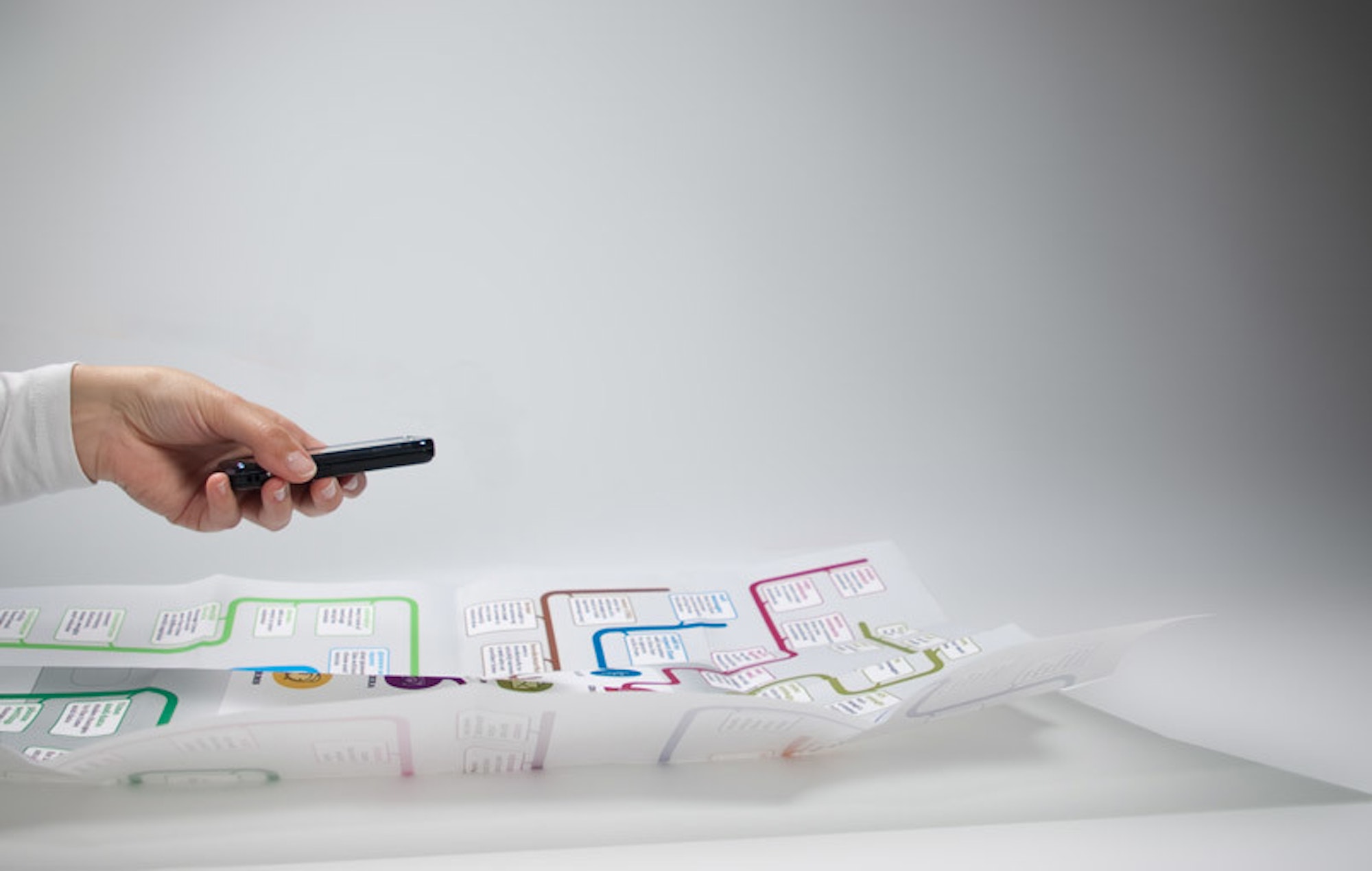 Founded in 2007 by Westaway, Clara Gaggero and Duncan Fitzsimons, the London-basedstudio specialises in research, design and often highly secretive, conceptual work that continually explores the spaces between the digital and physical. The three met while on the Industrial Design Engineering MA at the RCA and Imperial College and established Vitamins to tackle new projects, but much of their work followed up on earlier strains of thought – such as Westaway’s Magic Light, developed at the RCA, whose beam moves and swivels by moving the beam itself.

‘I was finishing a course pitched as an MA for mad inventors where I was able to dream things up with magic and then use electronics to actually make them happen,’ says Westaway of the programme. ‘But I left feeling like something was missing.’

Enter Duncan, Vitamins’ ‘structural poet’ – who at the same time was in the early stages of developing a folding wheel that would be named by the Design Museum as this year’s transport design of the year – and the aesthetically minded Clara, who had logged time as an industrial designer while owning a fashion label.

‘At the end of the course we all sort of blended together,’ says Westaway. ‘The three of us were able to make physical stuff that was amazingly designed, with technology behind it that was used in a magical way.’

If it all sounds a bit like the design-Avengers it’s not without warrant. Six years on, this ‘blending’ has only worked in the group’s favour. While ad agencies attempt to act as product-design agencies and vice-versa, Vitamins stays true to itself by always thriving in the in-between. Instead of designing products, the team designs solutions. These take the shape of projects that unite the digital and physical to fill needs so big it’s hard not to wonder why the answers, when realised, weren’t obvious all along (hello, foldable wheel). And while many agencies are content to design from research provided by clients, the team makes its own investigations, focusing on social experience in order to see the real ‘stuff’ of research early on.

A project for Samsung, called Out of the Box (part of MoMA’s 2011 Talk to Me exhibition), resulted from looking beyond the client brief, which initially sought a new smartphone for an elderly population. Rather than beginning with the device itself, the team went into people’s homes to see the context these objects existed within and learned that the phone didn’t need to change, but the stale, cryptic set-up instructions had to go. Suddenly Vitamins found itself at the helm of a mission to convey the joy – and yes, the magic – of a mobile through a book of interactive instructions.

Another prototype that resulted from this research makes a direct nod to an illusionist’s choice tool: a deck of simply labeled NFC cards replaces the typical set-up guide. Tapping the ‘Take a picture’ card on the phone reveals the function on-screen and allows users to learn more about an otherwise inaccessible device by shuffling through a familiar medium.

‘It always sounds cheesy, but it’s important for us to make stuff that’s full of wonder,’ says Westaway. ‘Still, this stuff has to be really deeply relevant. The projects can be fantastical and magical but they do have to answer a need.’

What works for Vitamins isn't necessarily looking at the object but looking at the world around it and revealing that thinking to the wider design community. The team shares its thinking and research process through regular talks, films and workshops, thus creating a greater chance for other designers to step away from familiar methods and try something unexpected. In turn, the Vitamins prescription for a more social fieldwork exposes a wider public to a more tangible design vocabulary. Ultimately, that process is about asking questions, taking a different view and opening those hidden doors for others.
‘We’re not really guarded about the way that we work because it seems like such a positive thing to share,’ explains Westaway. ‘Whenever I speak about our research to someone in a specific field of design it’s exciting to see them think about how they would be able to use their own background and way of seeing in a new way that can affect something completely different. Historically, design is such a difficult thing to talk about that it’s quite good fun feel like you’ve actually communicated a process.’

Adrian Westway from Vitamins give a talk at The Visuelt seminars in May.