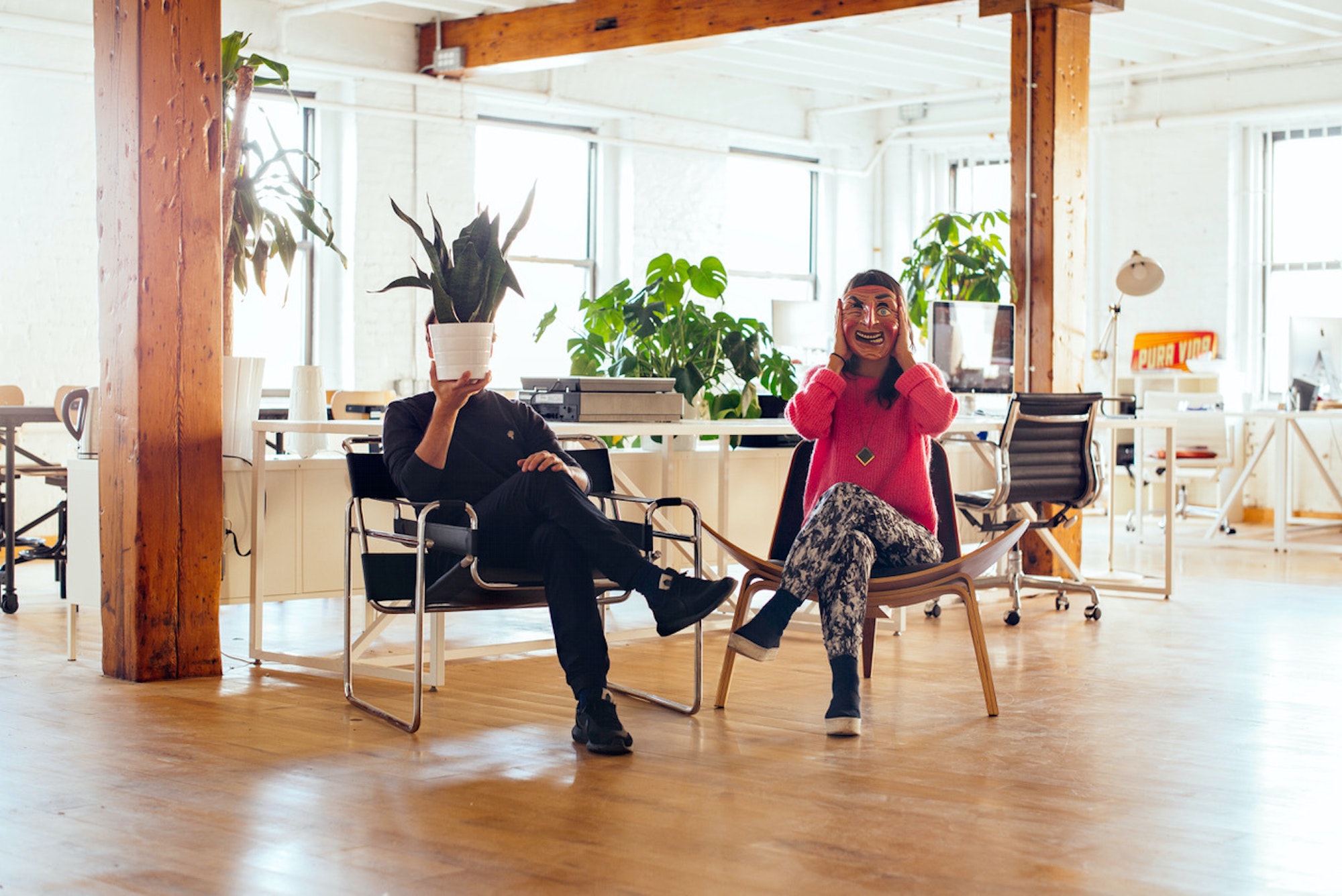 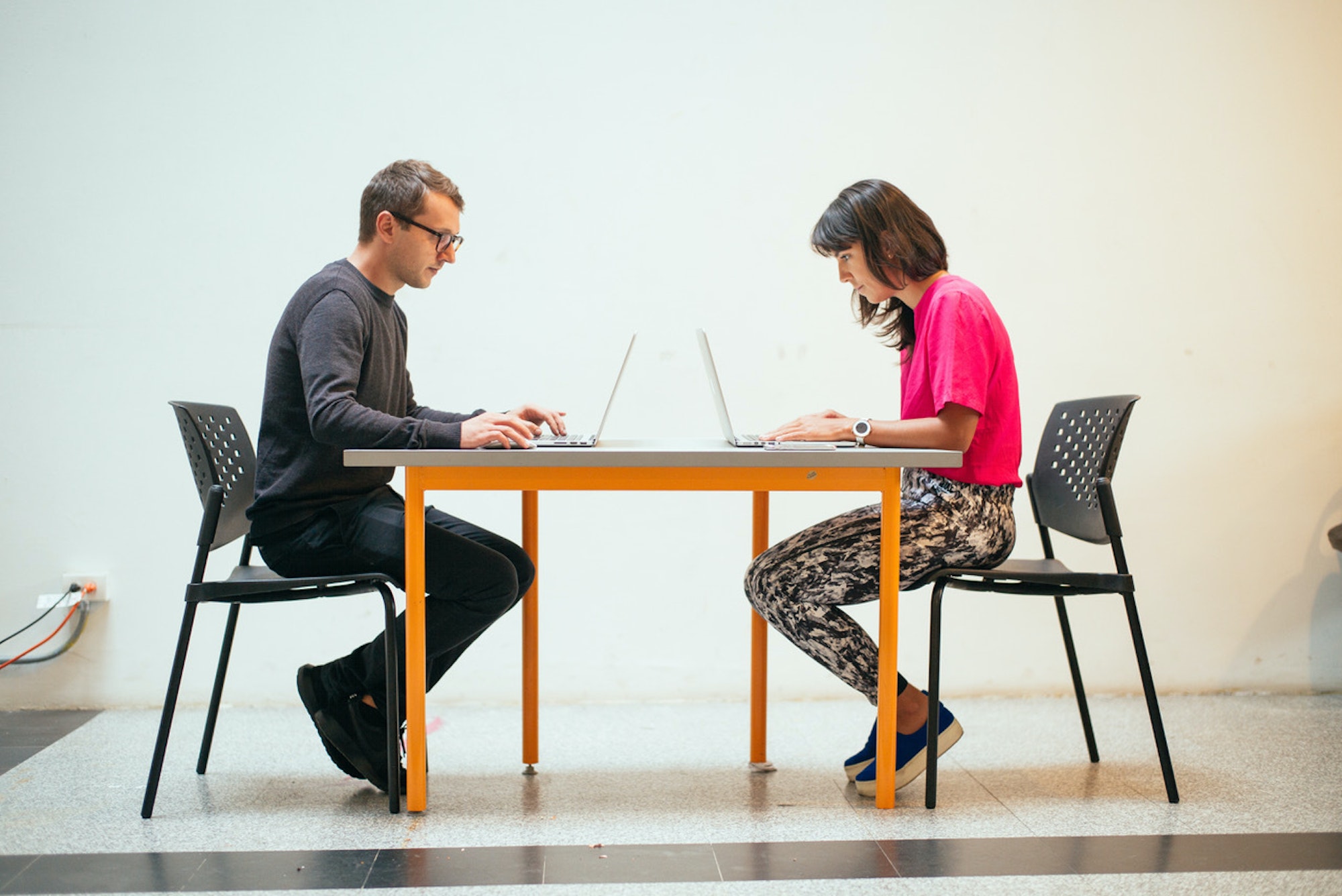 Hey Irene! The first thing I’d like to ask: What do you love most about your job?

There are a lot of things I really like, but what I love the most is that I learn something completely new for every project that we do. Every single project is different, we work with large corporate clients such as USA Today and small clients such as the incubator lab Space 10 in Copenhagen. I always walk away from each project with new insight. I always learn something that I hadn’t thought of before. I’m a really curious person, so even though I really love the design process itself, it is the amount of learning and understanding that excites me the most.

You and Anton were both successful directors in the renowned design agency Fantasy Interactive before quitting your jobs and setting up a design studio together. What has been the most drastic difference, working for an agency compared to being independent? Has your happiness increased?

I’m definitely happier! But the biggest difference is that I now spend much more time designing than I did before. If you’re successful at your job in an agency you often end up being promoted away from what you’re good at. When I became a director I ended up spending more time managing people, and less time doing design and managing projects. I love managing projects but I really don’t like managing people. I had a team of 15 people, and had to do these performance reviews with the employees, talking to them about their career growth etc, which I thought was extremely boring. To me that is death, and is not what I signed up for when I became a designer! Now that we’re away from that environment we employ a completely different model. Now we’re not the boss of anyone, but we rather collaborate with others when we need more people on a project. And I prefer that, and not having to have talks with anyone to figure out if they would like to have a “Casual Friday” and stuff like that.

How much do you guys work? And how do you combine work & leisure?

We work less than before. We have a strict rule of not working on weekends. During the week we get to work around 10:00 and leave the office around 19:00. We make sure to only take on the amount of work that we can do within that time.

Do you have a piece of advice to aspiring designers?

We have never ever knocked on doors or gone out asking for clients, thanks to our network. Every single project we have done has come from people we used to work with or for in the past. Our massive network of very talented people within the design industry, are the ones that have become our new clients.

If I were a young designer and had a choice of taking a job at two different agencies; one where I was getting a great title, but perhaps not the best agency and people… Or option two, where you get to be a Junior in a great agency, and be amongst great colleagues… I would recommend anyone to chose option two! In this industry you’ll mostly learn from the people that you have around you, not from having a great title. So make sure to have great people around you!

I didn’t realize the power of network until we started our own studio, so it was a really pleasant surprise. You build a good network by having done a good job, and by been nice and fair.

You guys don’t do user research. Why not? And how do you convince your clients that your design is right?

Early in my career I saw how fake user research is. I think it is a manipulative tool of convincing your client to do what you would like to do.

There are so many things that can influence the outcome of user research, which makes it almost impossible to get an honest and objective result. Where were the people found? Are they paid to be testes? Were you in the room with them/were they influenced?

I also don’t think you get insights that you can apply to your design process. Why spend weeks of weeks of nonsense research when we already know what we’re doing? I just don’t believe in it.

It’s usually pretty easy to convince clients of not to go through with it. I explain my view with honesty. And I also use a convincing argument: The most innovative product designer of the 21st century is not Jonathan Ive from Apple. It is Dieter Rams and the work he did for Braun. All the Apple products are basically a rip-off of his products. Anyway, Rams famously said “We never did any consumer research during my time at Braun. We wanted to change the world”. Another quote we use to back up our argument is another great one from Henry Ford (founder of the Ford Motor Company), who has been quoted as saying “If I would have asked people what they wanted, they would have said they wanted a faster horse.”

What is the best thing about living and working in New York?

New York is my favourite city in the world. For many reasons. I have lived here now for 12 years. Unlike Amsterdam, where I am from, and Atlanta, Georgia, where I have also lived before, New York has this amazing quality that it attracts people who are incredibly talented.

The people who come here, and stay here, have fought hard to get where they are. It requires a certain type of person who can endure what New York requires of you. Being here is intense and you sacrifice A LOT; it is not a comfortable city to live in and everybody has shitty apartments.

People here are hard working, doing what they believe in – whatever it may be, and are willing to sacrifice a lot for whatever crazy passion they have.

We’re looking forward to seeing you in Oslo! And we’re lucky to have you, as you have a pretty intense travel-schedule. During the past few months you’ve travelled to Barcelona, Copenhagen, Amsterdam and Toronto…

Yes! We travel a lot, especially during spring and fall. We teach a class in Barcelona and give lectures and workshops all over the world. This takes up a lot of our time and some of our weekends, but we also take advantage of that. When I’m going to Oslo I’m taking a trip to Bergen, as I’ve never been. I’ll take the train, and spend the weekend there. This way we make work and life fit together!