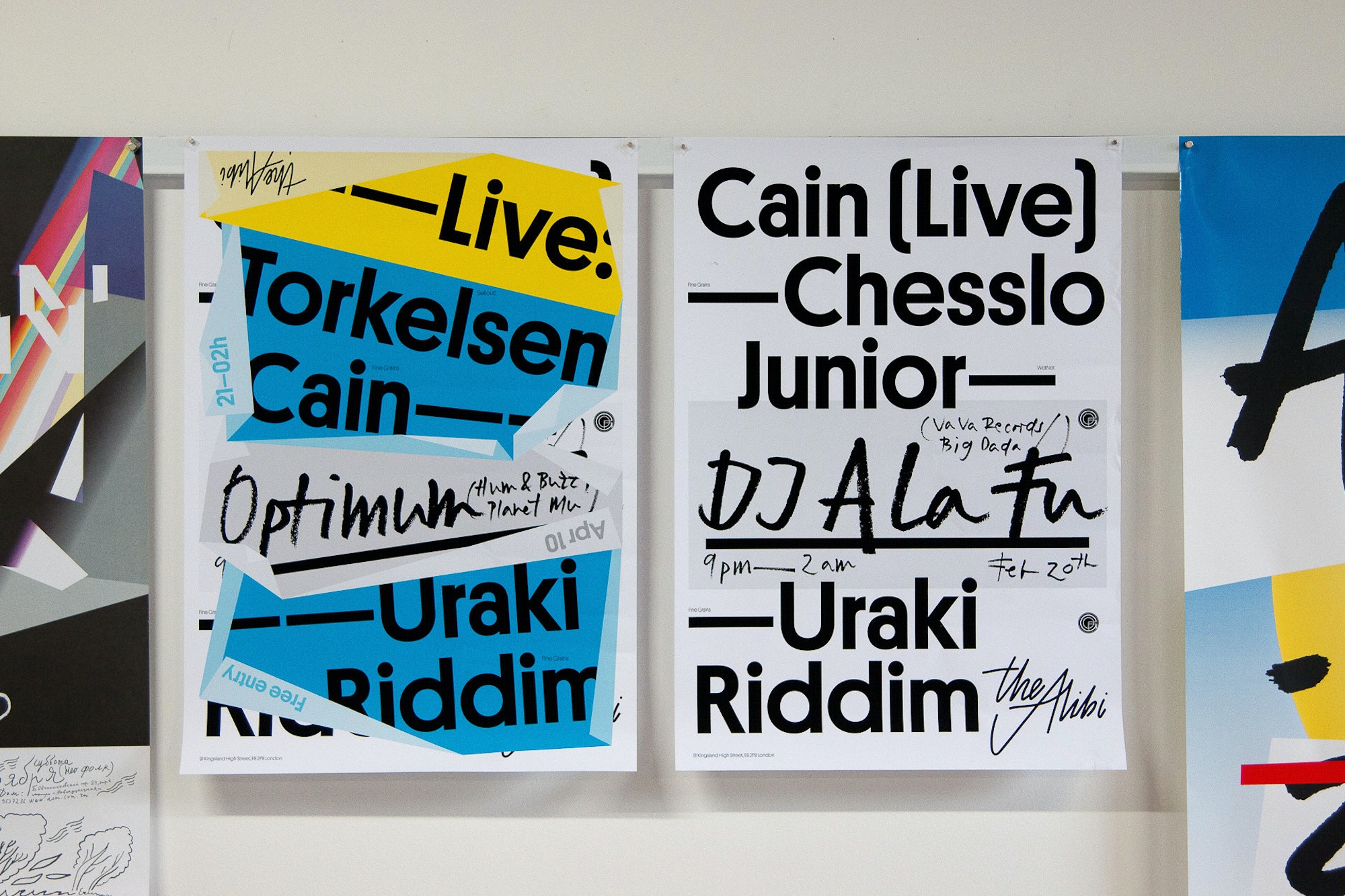 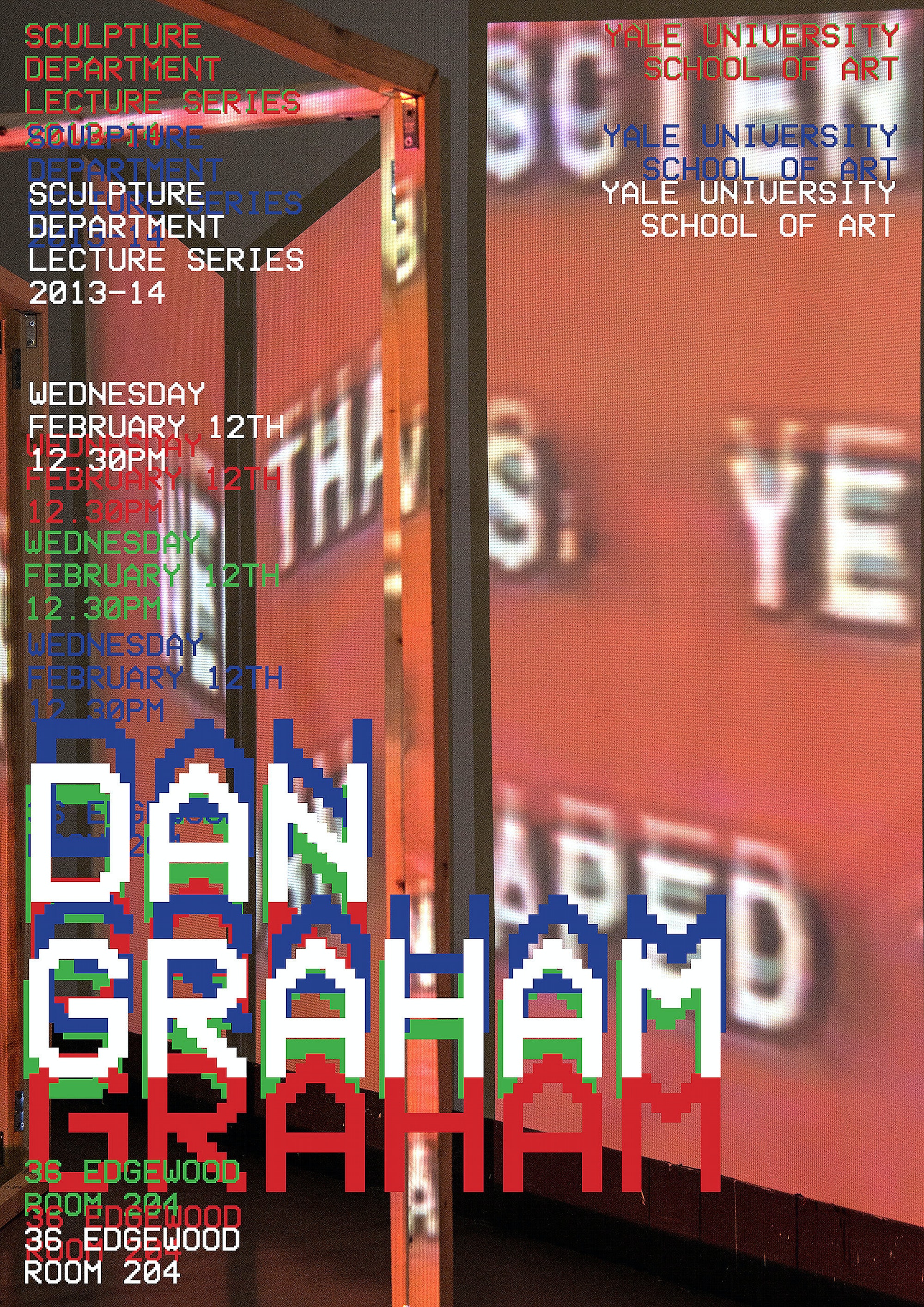 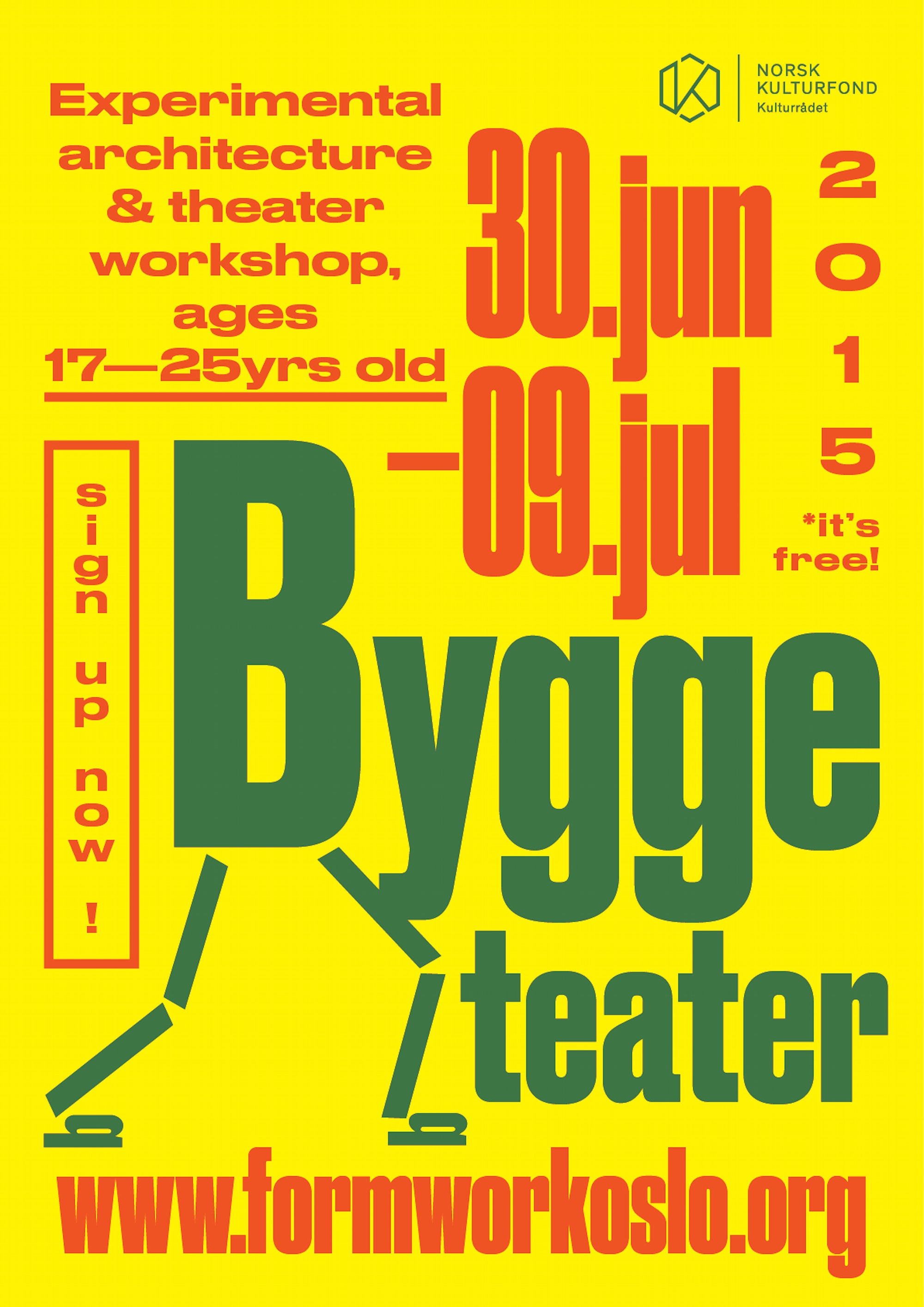 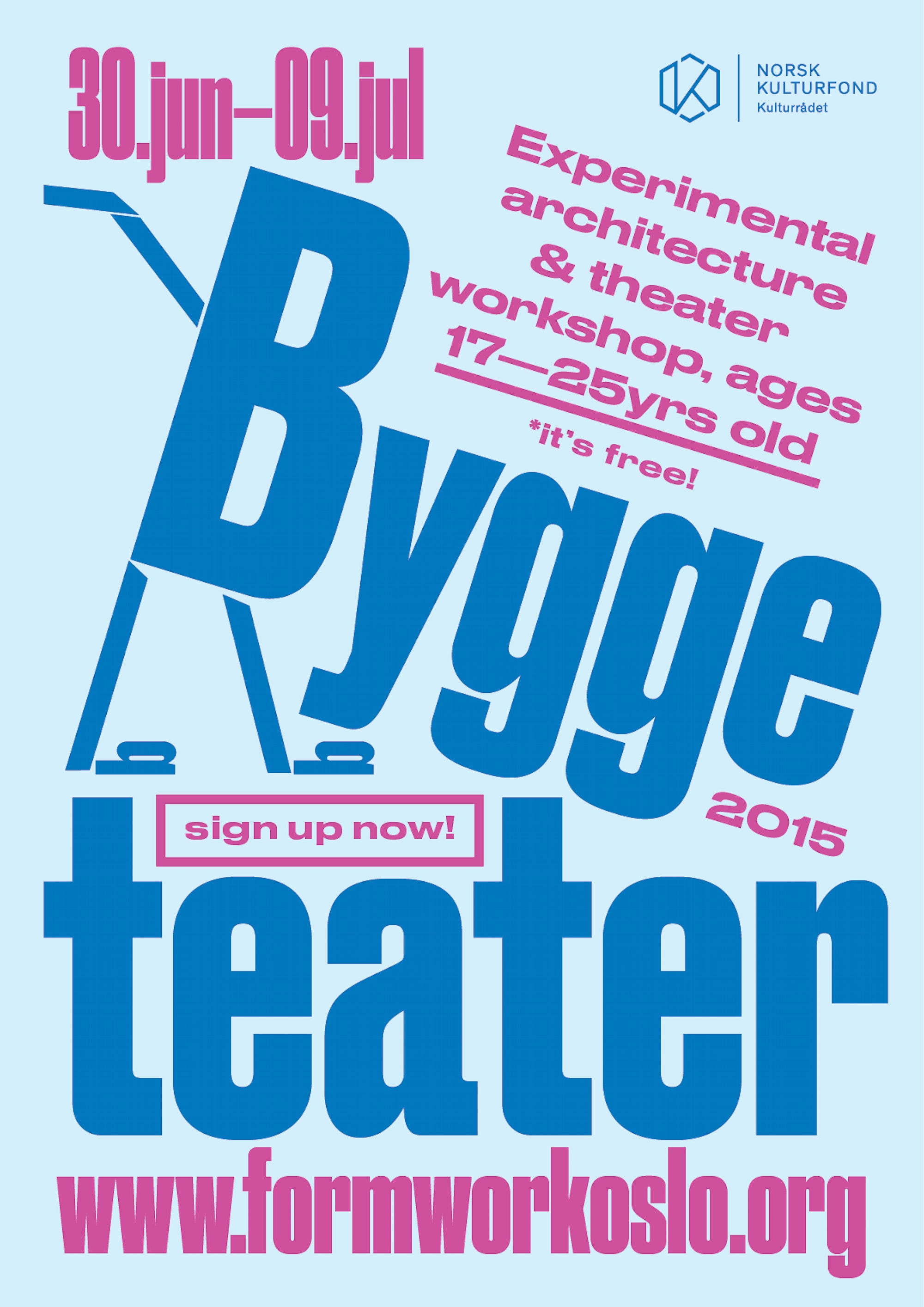 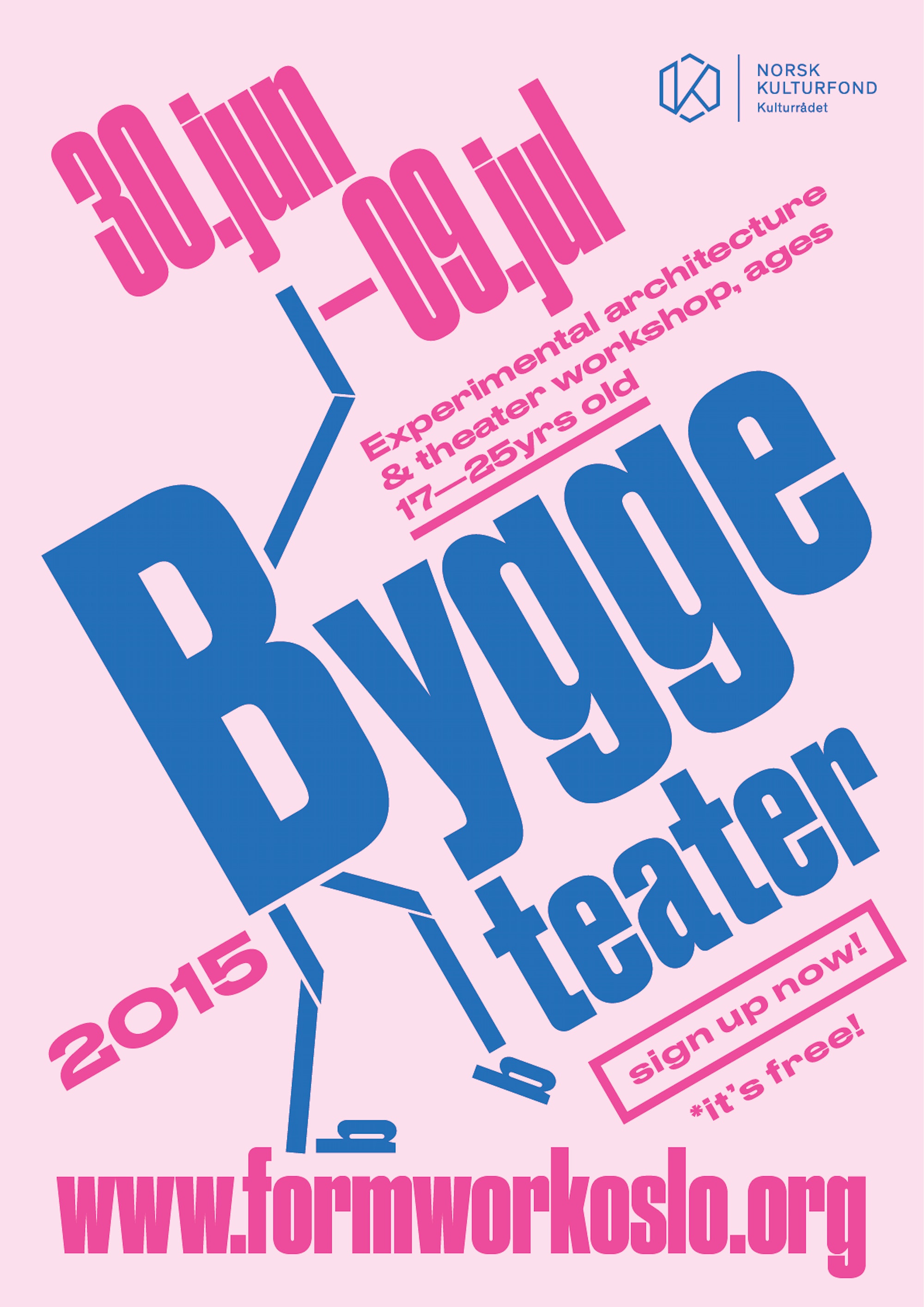 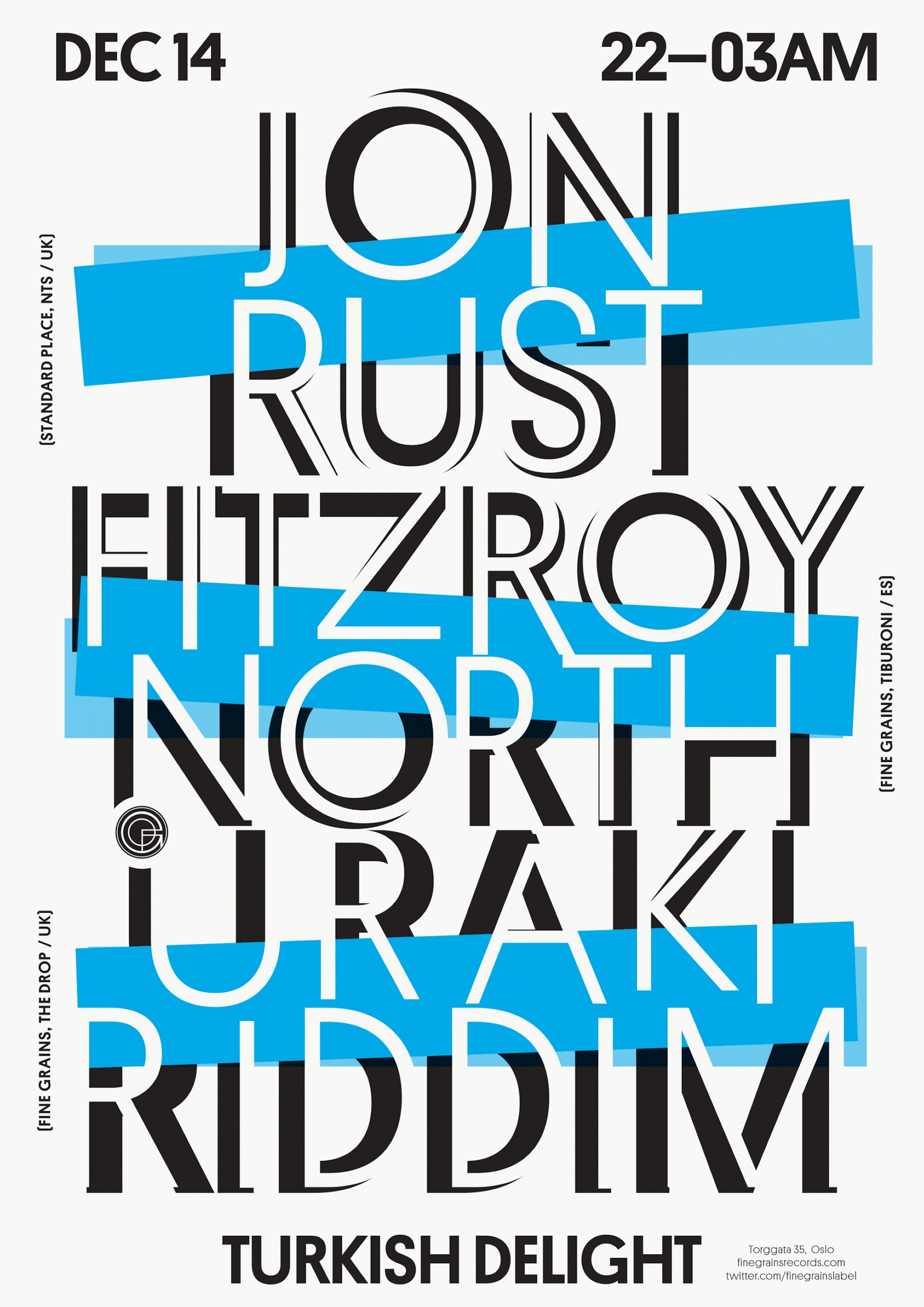 Kristina Ketola Bore: You were just part of the International Poster and Graphic Design Festival in Chaumont/France, where two of your posters were displayed. I’ve always thought of the poster as the core format for GD, like the chair for furniture designers. But today the word on the street is that clients aren’t asking for posters anymore, rather it’s banners and Facebook formats. So, without going to far into the tired discussion of physical vs digital – João, what do you think the future of the poster is, and what does it mean for GD today?

João Doria: I actually had the chance to take a trip to Chaumont this year; I've followed it loosely through catalogues and websites and wanted to see how it looks and how they put it together.

The festival, I learned, came to be through a request for the city to take better care of a historical poster collection that was sitting on a public archive. Once the festival took shape, the number of submissions (for more than the last decade it's been 2000–3000 entries per edition and usually less than 10% are selected for the competition) quickly surpassed the amount in this archive and they had to deal with this growth through establishing a center for graphic design in the city and a museum is under construction as we speak.

In every edition of the festival there are parallel exhibitions and I think it's when the whole thing gets interesting: while the international competition exhibition is very concentrated on posters for cultural events plus a selection of the jury's body of work, there was an exhibition of the See Red Women's Workshop (UK, 1980s – deserves a post in itself, probably the most amazing GD I've seen in a while) and contemporary posters from Luzern curated by Weltformat. So it becomes possible to visualize different poster practices with different regional and historical needs.

Your analogy with the chair is accurate in the sense that the majority of the posters were intentionally designed to convey a certain amount of information in a limited amount of space and time so the modernist poster paradigm is still there with plenty of posters that were made for you to sit on, with visuals that can hold and seduce your eyes for a long long time. I've seen amazing stuff, really.

Future-wise, I'm interested in other ways of sitting — the possibility of the poster being something that needs a huge amount of investment from the reader, both in terms of sub-text, layering etc. (a lot of it has already happened in different historical moments) but also that can formally look like nothing we've seen in terms of text/image arrangements, even though it’s not the kind of work I’m doing now. I don't think that it will be an either/or situation, that we'll let go of posters as they look today (that would be wrong!) and I'm not particularly interested in poster-machine interactions (QR-code expansions bla bla). Ultimately it's a platform for graphic designers to expand their own visual language and presence in the city. Those two are probably more relevant topics for discussion. 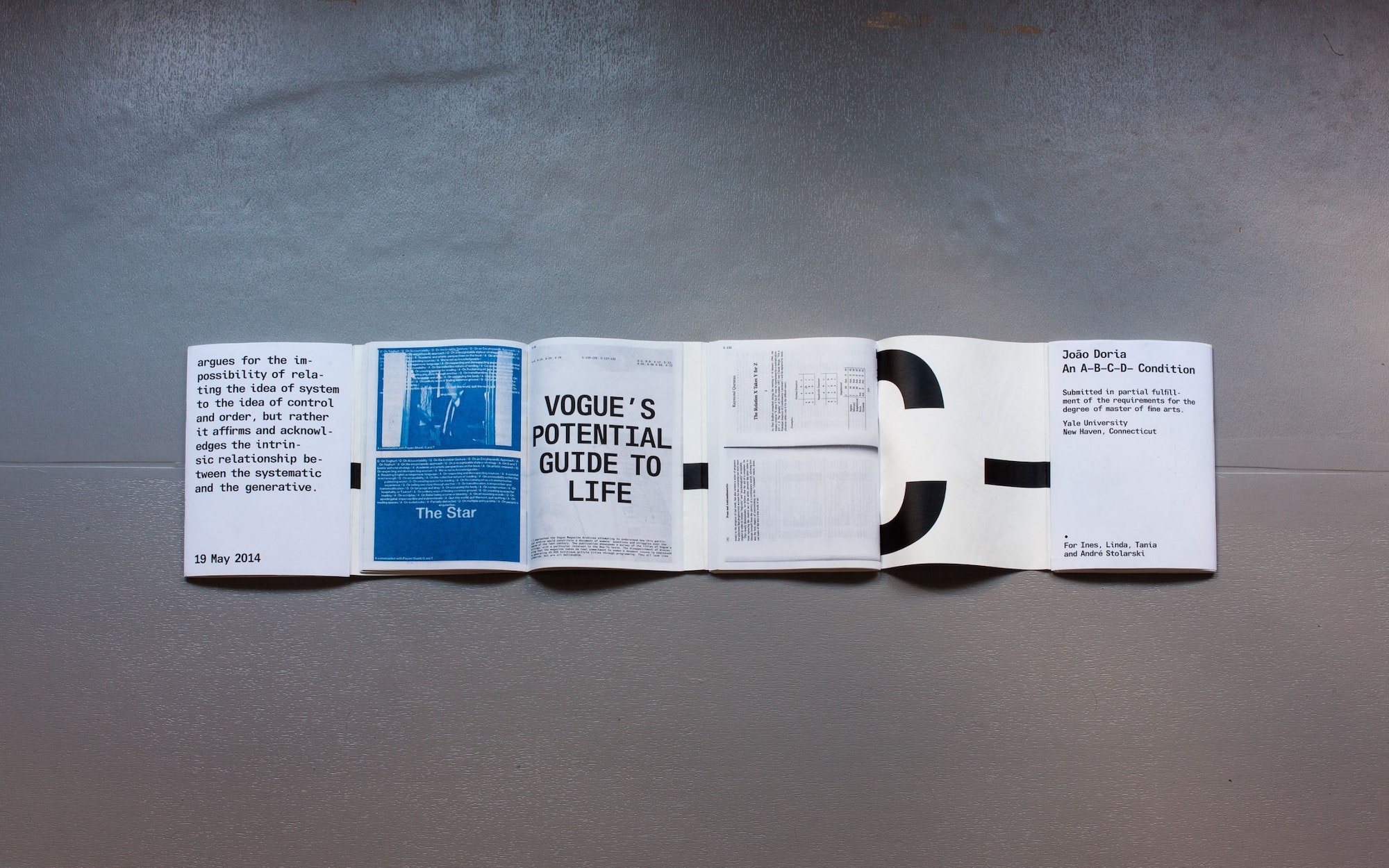 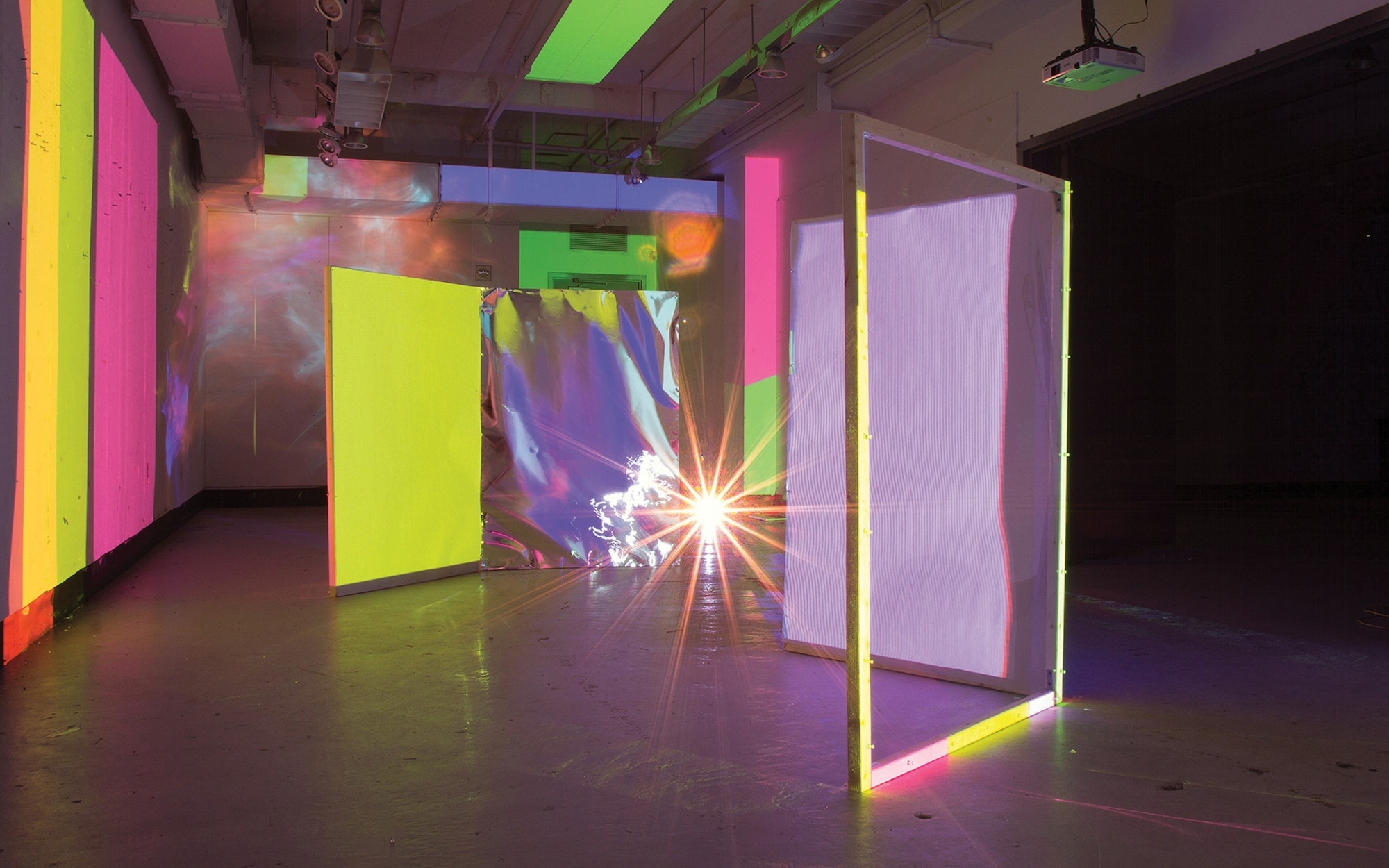 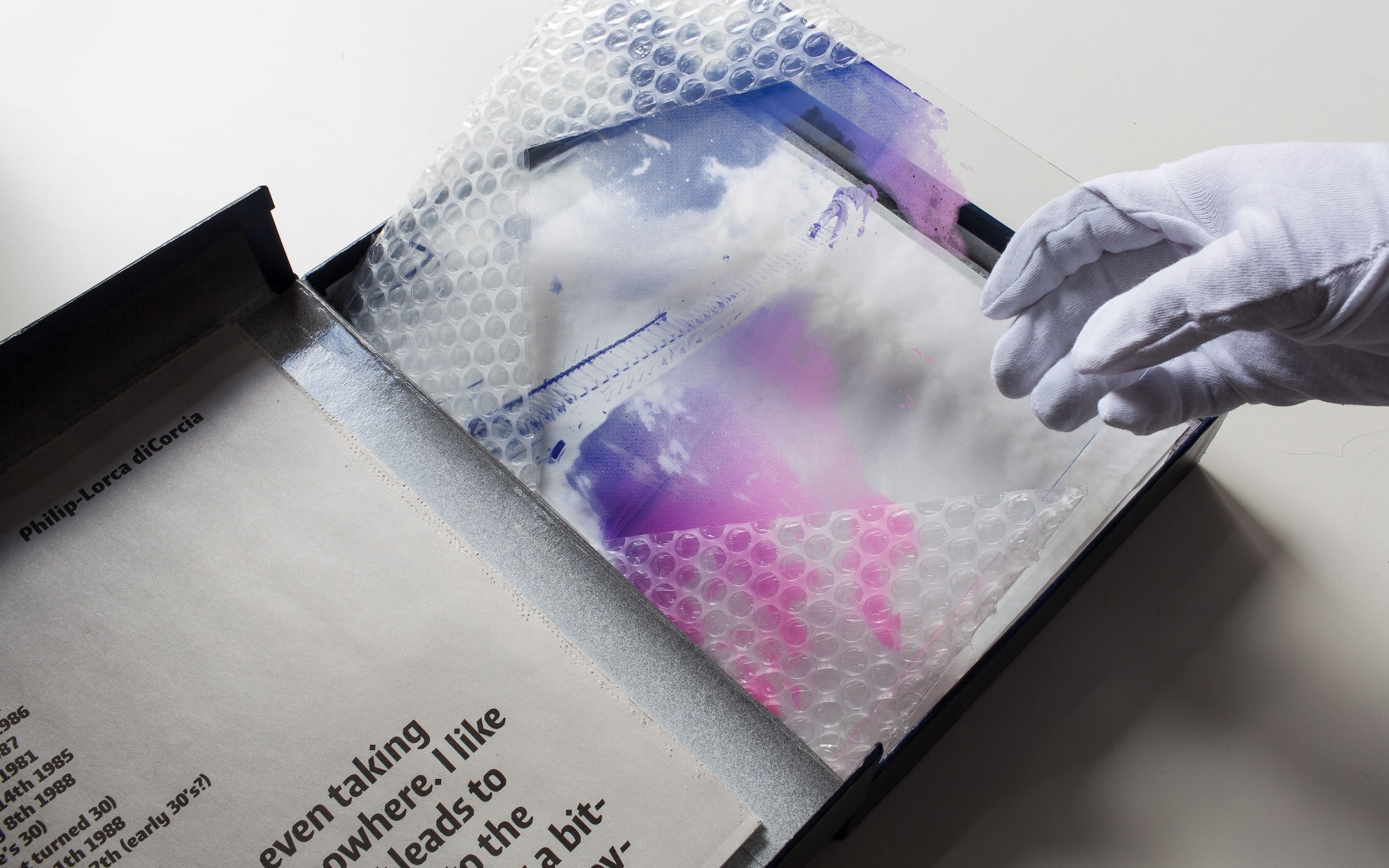 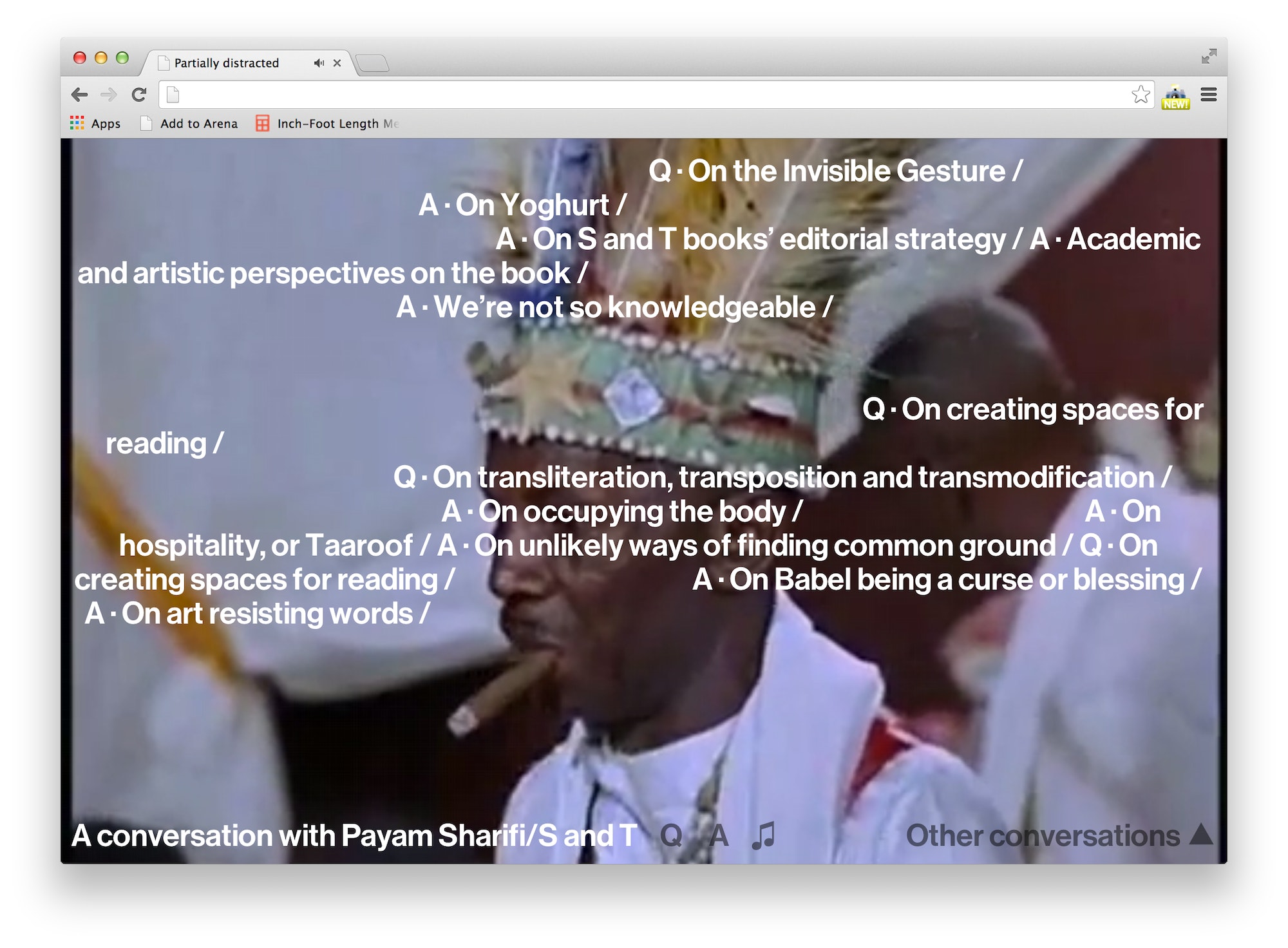 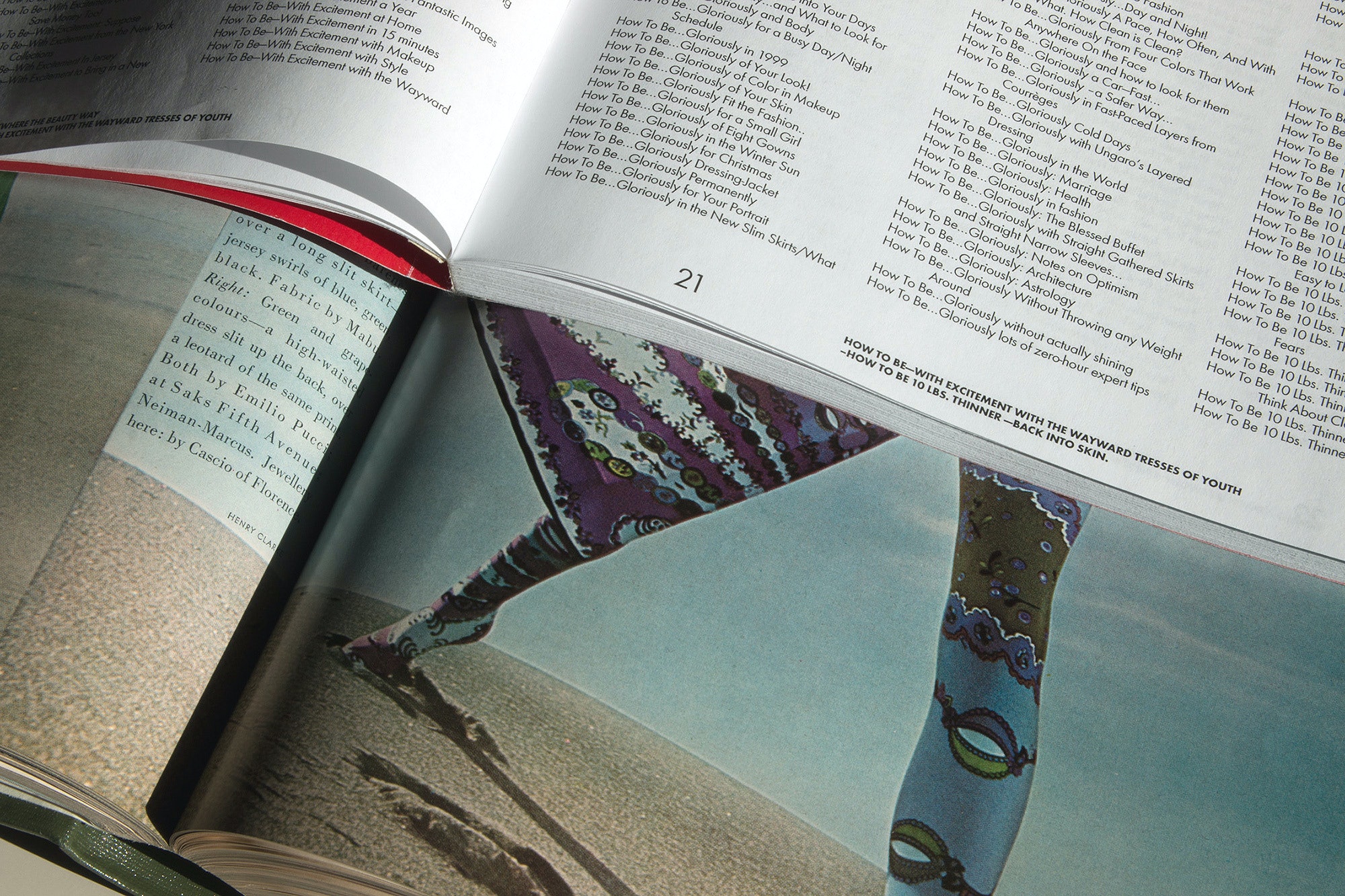 KK: As a Brazilian living in Norway, with a BA from PUC-Rio in Brazil and an MFA from the Yale School of Art in the USA, how do you think national heritage and possible national sensibilities play into the practice of GD, and specifically your own practice?

JD: When I was in school in Rio there was a lot of separation between schools that had a more social-oriented approach, the ones that would be market-oriented and the ones who were direct heirs of the School of Ulm. Even so, what the students from those schools had mostly in common was the economic pressure that made independent practices a privilege rather than a possible choice. I spent a lot of time and effort (travels, visits, writing and interviewing people etc.) trying to understand such dynamics and how countries such as the Netherlands and Switzerland managed to achieve something that "look Dutch" or "look Swiss". That affected me a lot in my first years in Norway because I was also looking for something that "looked Norwegian".

What was really refreshing about going to Yale and the USA is that I totally stopped caring about those issues and went through a process of learning to shape my GD practice out of who I am and what my personal interests are. So to answer your question I think GD work can be regional and can be historical but to me it is the personal that has the force to give new meaning to any constraints.

This way the historical and the national affect my practice just in the sense that I look around for possible matches between what can/needs to be done locally and what I'm in fact personally interested in and can effectively contribute (as opposed to doing it because it's right and going around thinking everyone needs to do it too). Sounds quite selfish I know but I found it to be a lot more productive and sincere. 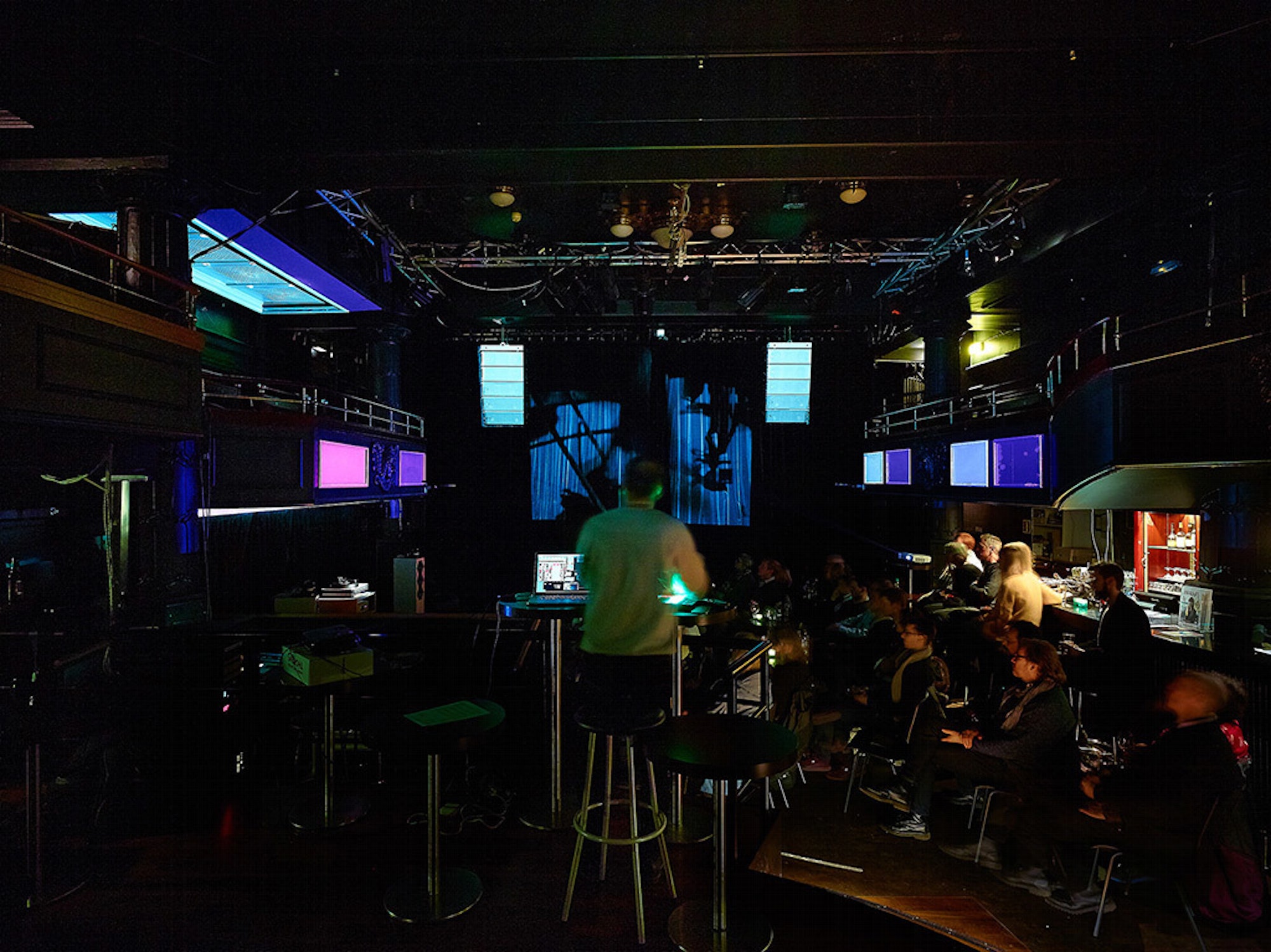 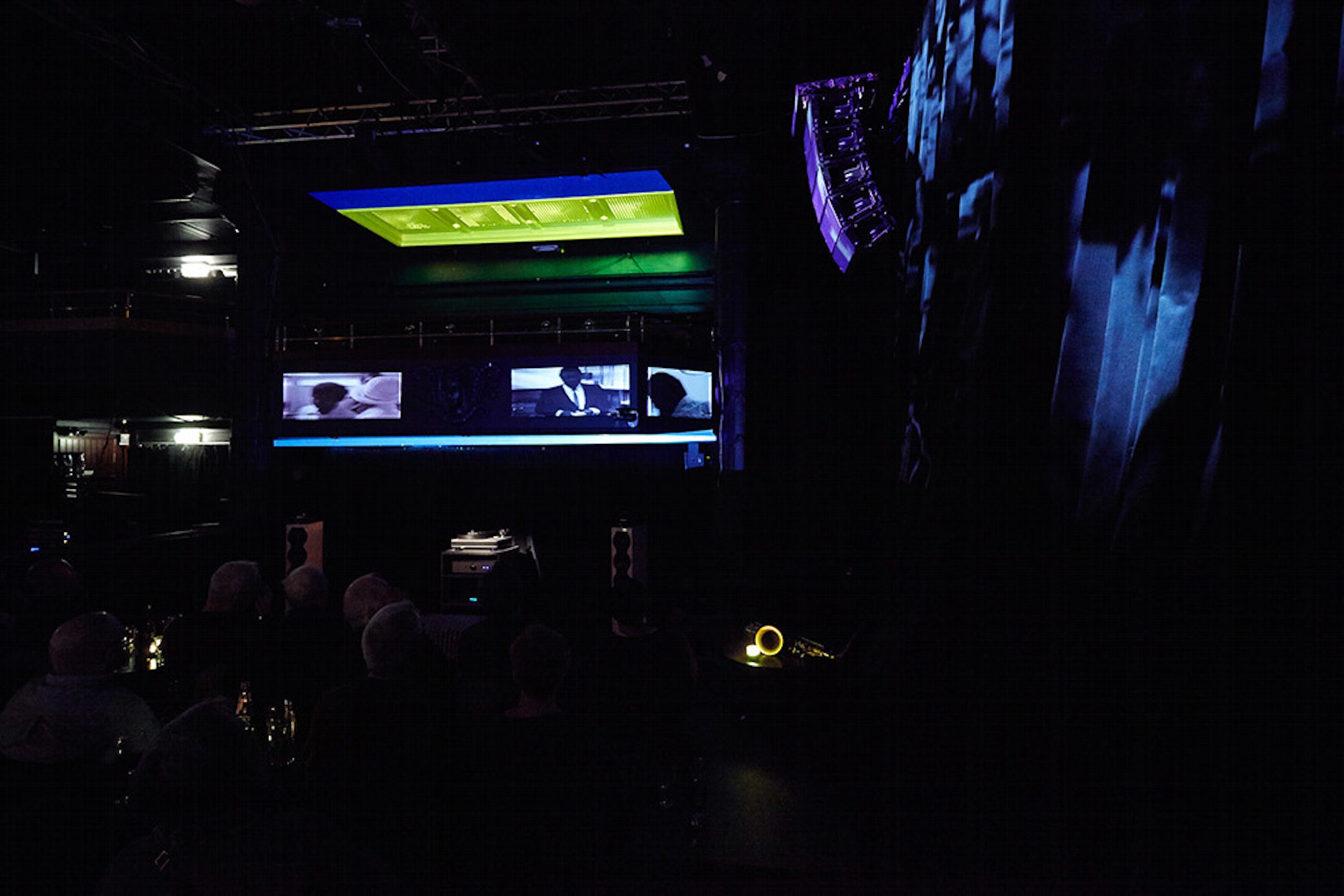 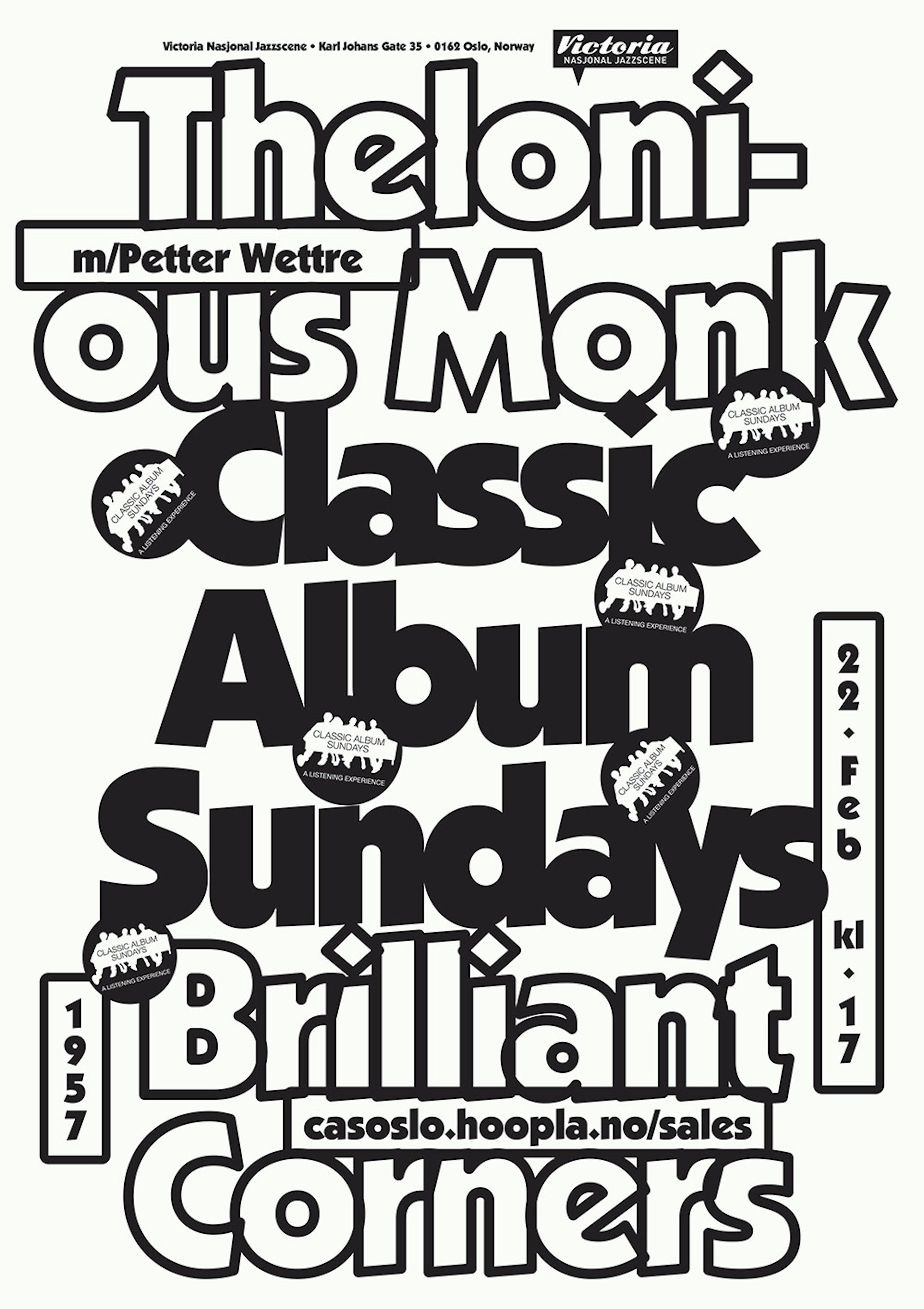 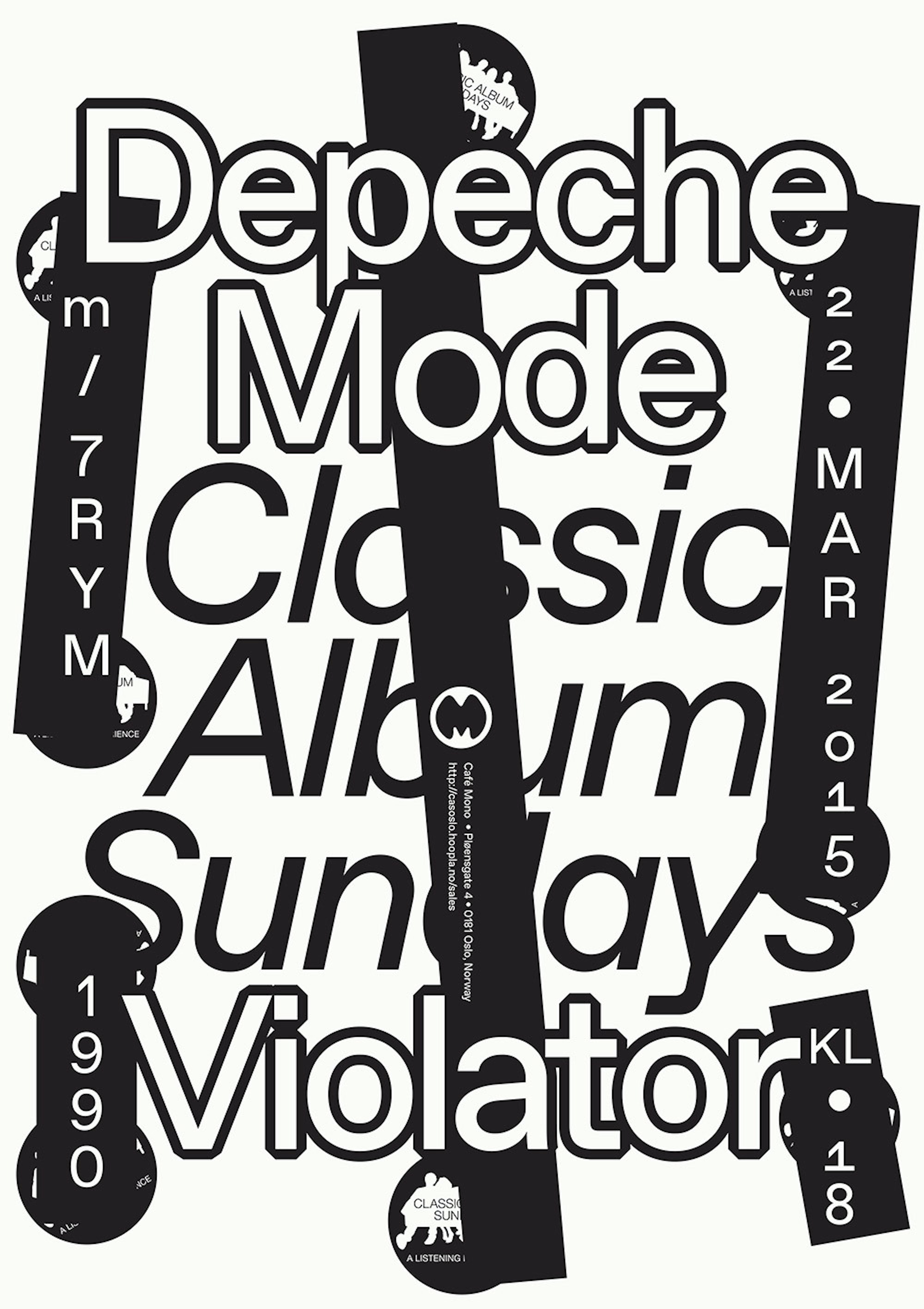 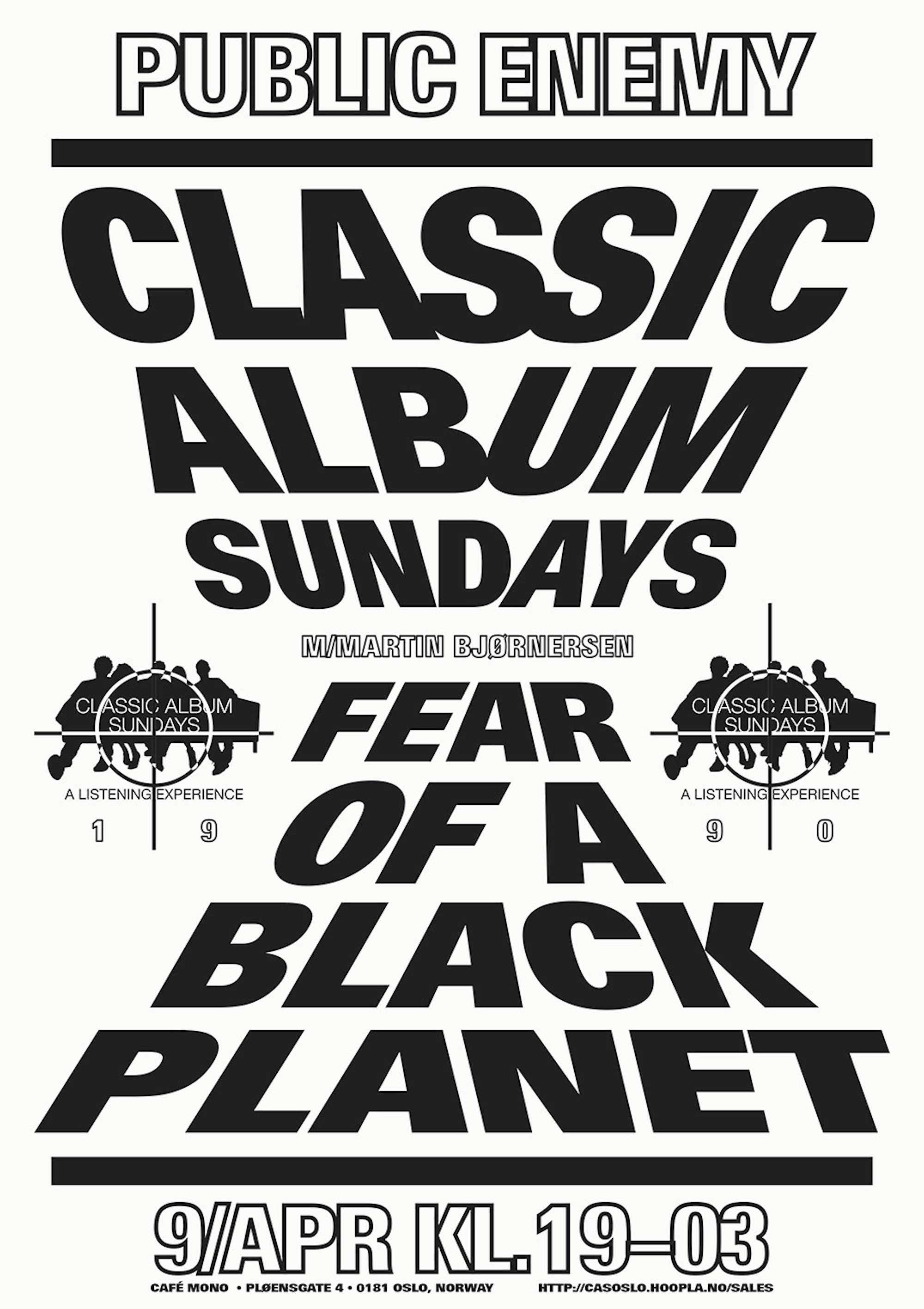 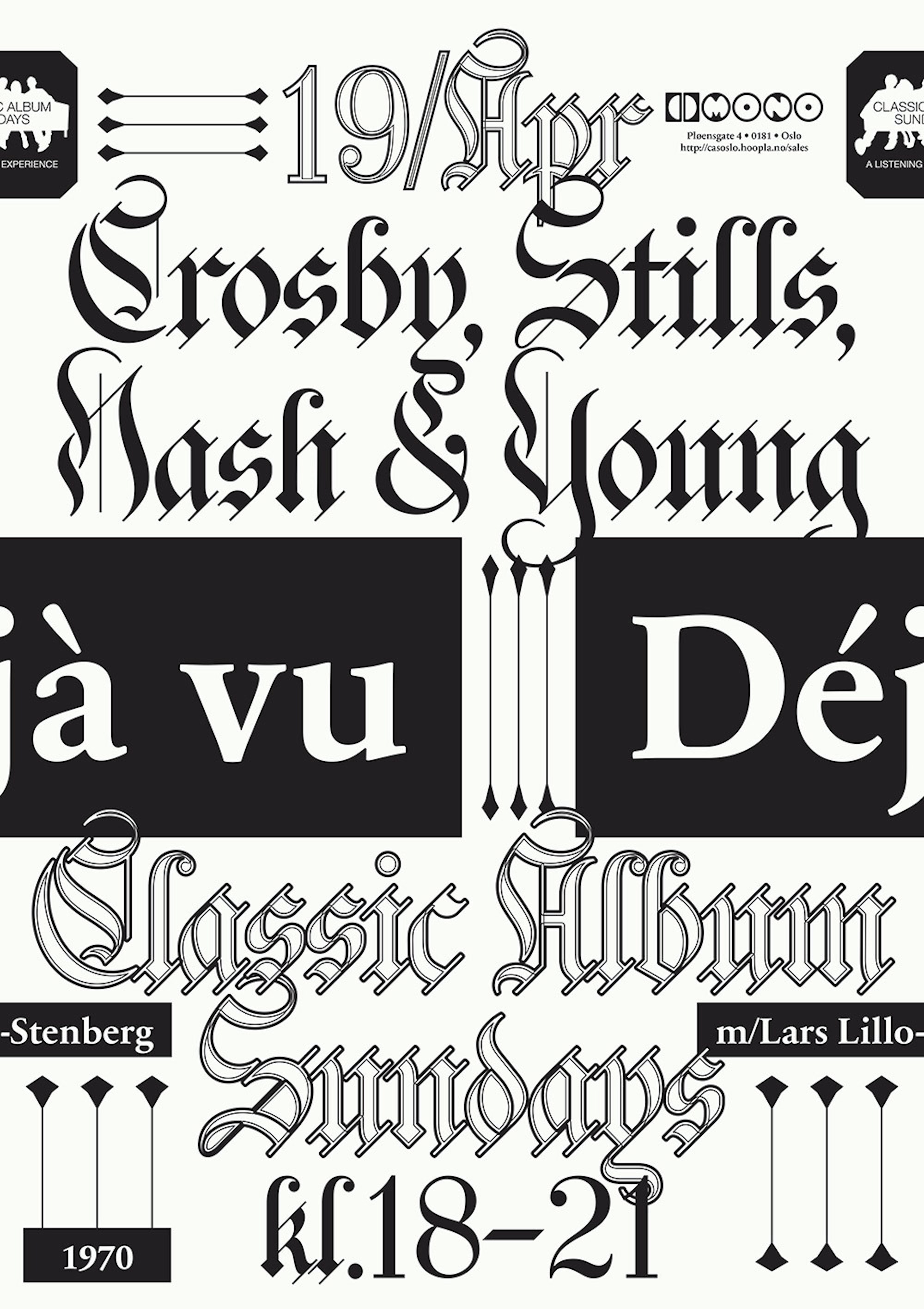 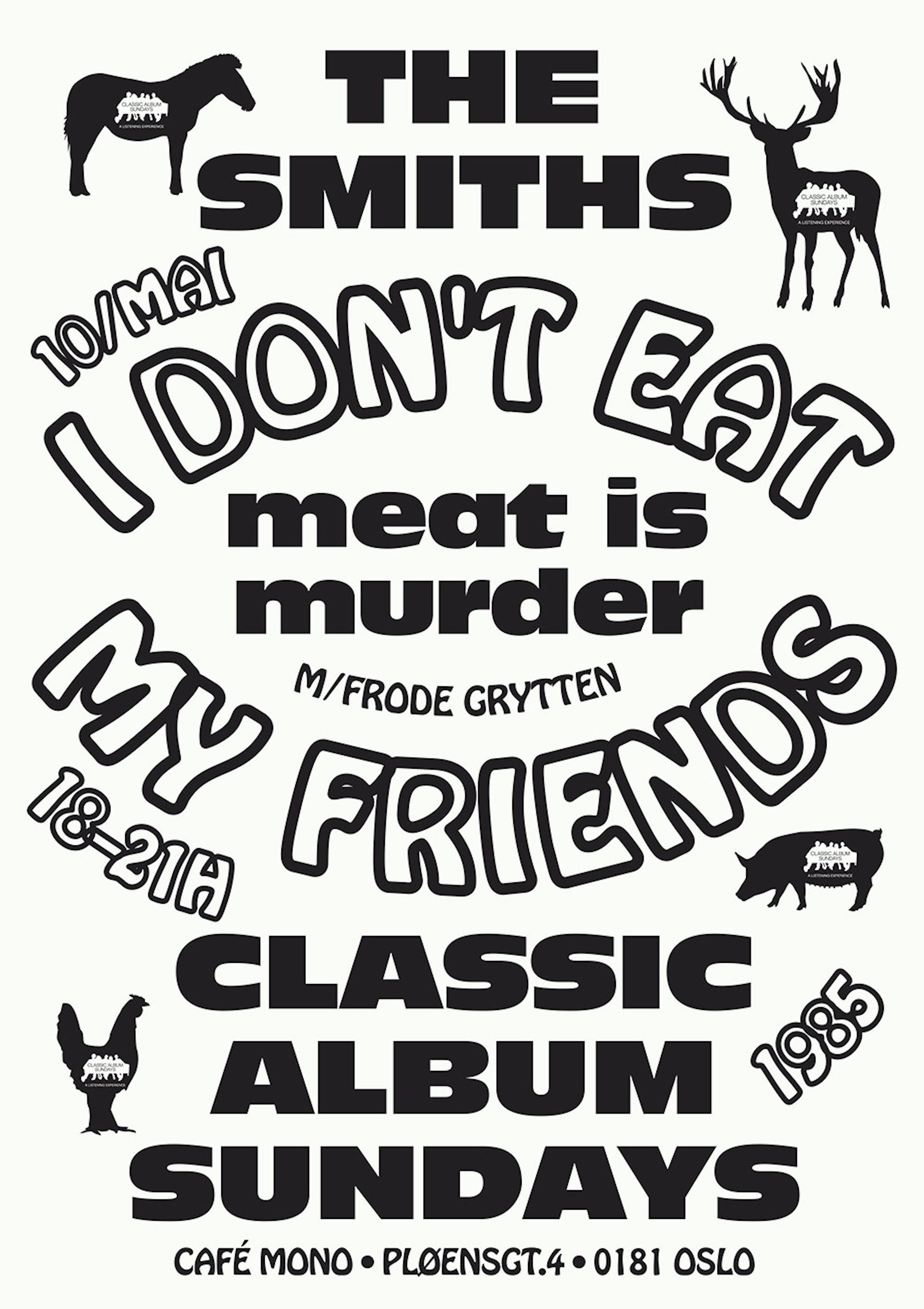 KK: Lately you have been VJing at different music events, creating form to music and stories of legendary musicians such as Sonny Rollins and Thelonious Monk. Firstly how have you responded to or worked with their music and history? And secondly, how did you work with the video format?

JD: When I arrived at Yale, Sheila (de Bretteville, Professor and YGDMFA course director) told me — Hey, I can already see you can do books but the pace here is a lot quicker and you won't always have neither the time nor the production facilities nor the budget to do big books, so why don't you invest in becoming fluent in two or three other media? In the worst case if you hate everything you did after two years you will end up by doing better books because your world will be broader.

Then I incorporated video and projection as important parts of my approach to GD and when returning to Oslo I asked my friend Kent Horne to join Classic Album Sundays as their resident VJ and Graphic Designer. In each party an album is selected and I prepare the visuals for it, either sourcing relevant footage from anywhere or filming it myself.

In the specific event you mentioned (Thelonious Monk's Brilliant Corners at Victoria Nasjonal Jazzscene) I was quite interested in activating the venue's preexisting architecture through projection/use of color and content-wise with doing something that wouldn't narrate the songs but rather create space for the crowd to enjoy more of the sound and hopefully provoke some synesthesia. Performance-wise it was important for me to do it live and test myself on whether I could improvise or would be too worried about following what was being played.

Then I mapped a lot of walls with color and went through the documentary Straight no Chaser, selecting all shots of Thelonious doing everything BUT playing Jazz (sequences of TM dancing, smoking, tapping his foot on the floor, giggling, many things) and assigned one of the knobs in my sampler to change the hue of all color surfaces whenever activated. It is quite important to me that I can arrive at the venue, look around and figure out what to do in a very short time span so I stick with the feeling. I am really trying to run away from what projection screens do for the video format when it comes to confining it to a white rectangle; if a wall or a ventilation shaft or a speaker of whatever is already on the space can become a projection surface it gets me a lot more excited about it. Plus I get to do more posters! 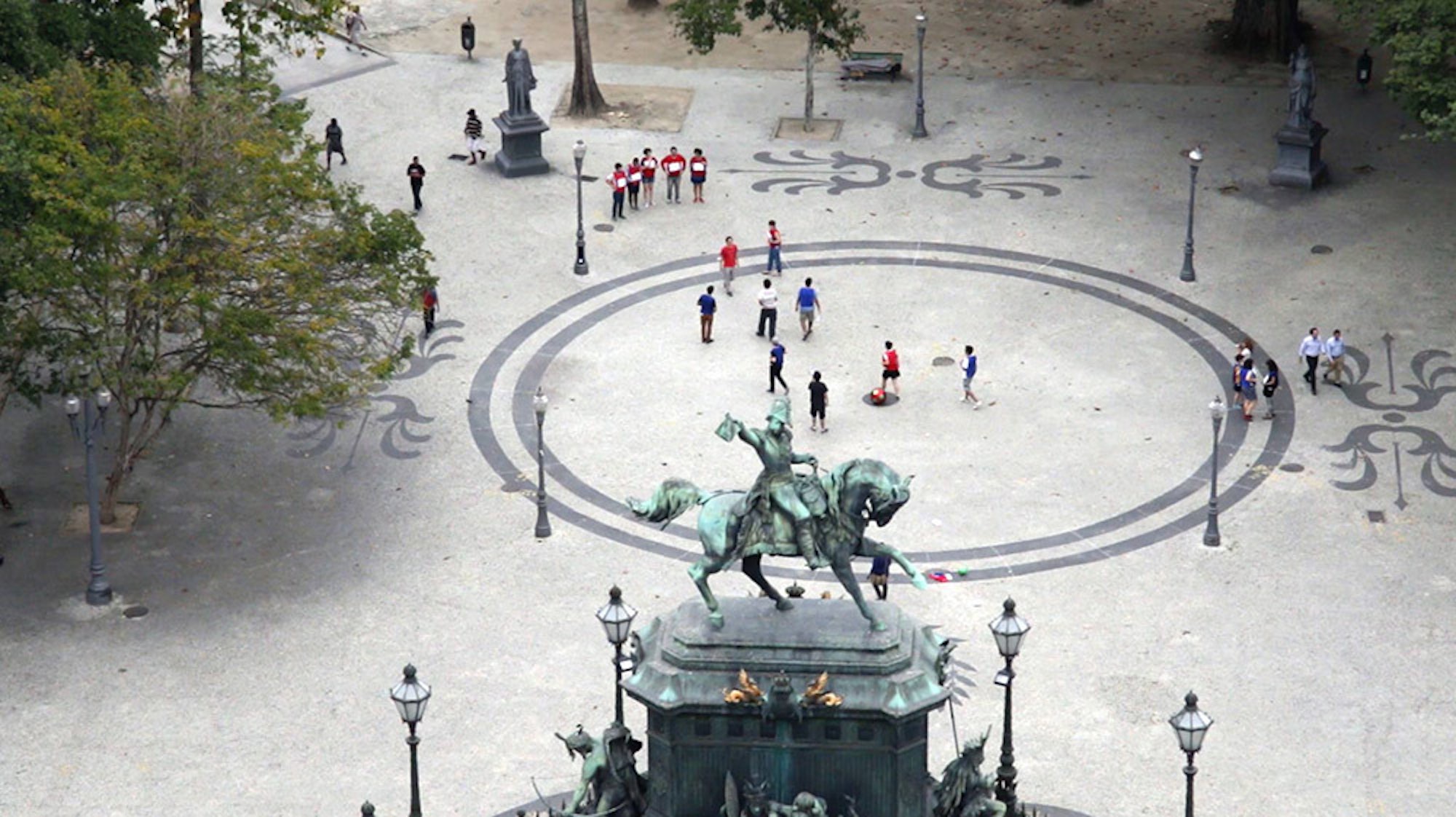 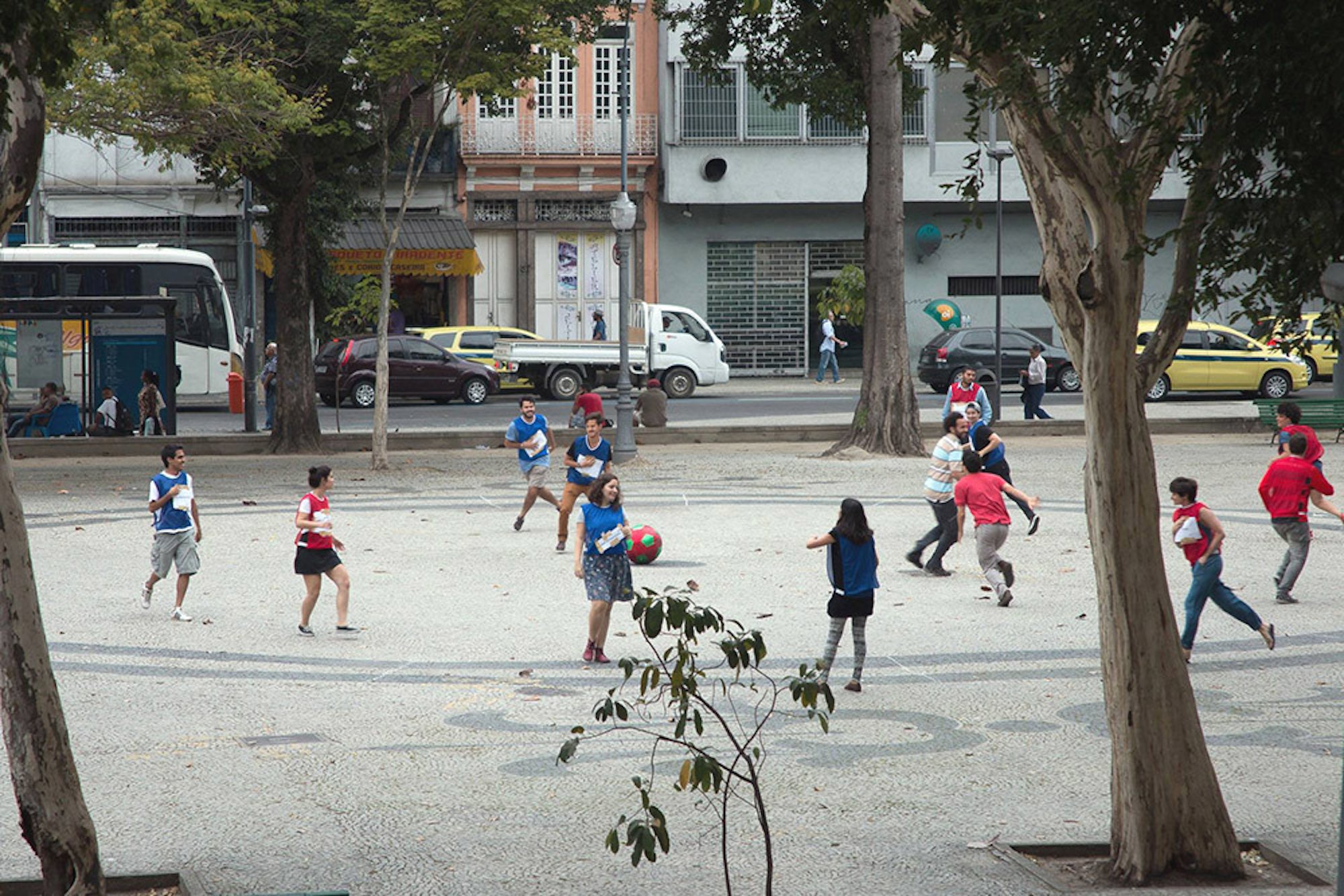 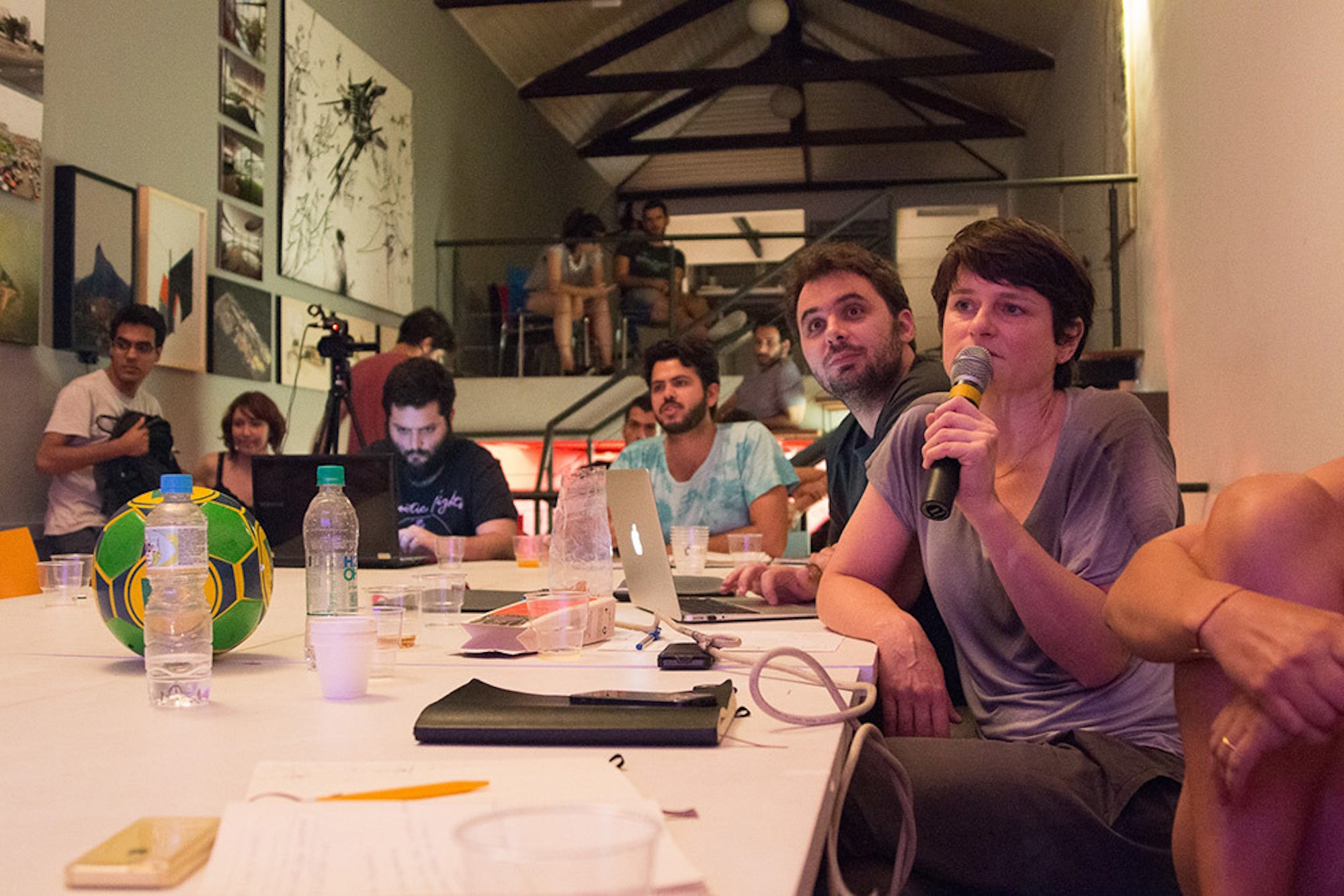 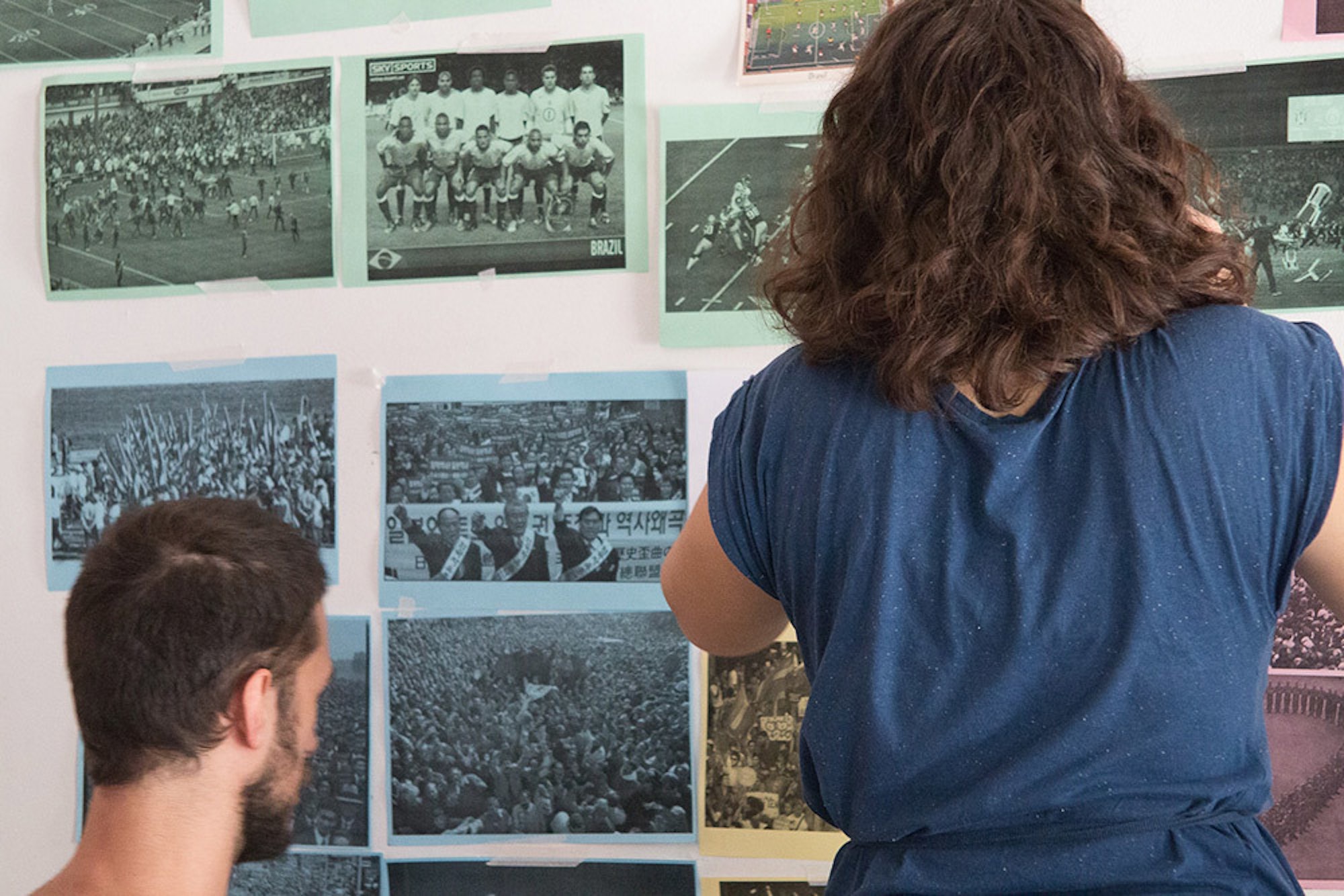 KK: This is you second summer school, the first one happened in Brazil last summer under the very fun and interesting theme of games. What do you see the summer school hopefully bringing to the Norwegian GD scene?

JD: When Nina (Paim) and I thought about the Carioca Design Championship (https://www.facebook.com/pages/Campeonato-Carioca-de-Design) we were very interested in provoking a kind of discussion and way of working that would fall outside the problem of making something that is a priori useful and marketable but the only non-negotiable condition was for it to be meaningful. It was important for us to bring to the surface that anyone can draw ways of making/thinking about GD from whatever subject/interest/point of departure so to associate it with Soccer, in Brazil, on a World Cup year was a fortunate way to sell the idea.

We had Julia Born, Uta Eisenreich and Chris Calvet teaching with us and the projects generated by the participants were so broad in range! We generated poems; videos, installations, projections, songs, games, printed matter and they were presented to the public in an afternoon of presentations on the building of the Carioca Center for Design.

The summer school that you and I are organizing is a bit more Meta I guess. In Brazil we departed from the idea that the Brazilian is naturally sociable, drawn to games and to interacting with the other in positive ways, and that we all already had that in common even before meeting each other.

The theme that we chose has a lot to do in my head with just making your voice heard and it is a component that you, me, Kristian (Henson) and Laura (Pappa) have in common but it is definitely not a prerequisite for the participants. In our case we're also accepting applications from all over the world and I hope it will give us a broad range of opinions and projects about why would anyone actually do GD today and in response to what.

Those issues I believe to be quite relevant for the Norwegian GD scene because the kind of safety one gets by living in Norway does a lot of the groundwork when it comes to making it possible to build a practice based on own beliefs rather than out of economic pressure plus the agency to take your own issues to the public arena if you want to. That's a very personal opinion, though.

João Doria (1982) holds an MFA in Graphic Design from Yale University School of Art. He’s a Brazilian graphic designer based in Oslo, Norway and has taught, exhibited and received awards in countries such as Brasil, France, Germany, Norway and the USA. In 2015 he has, so far, exhibited at It’s a Book (HGB-Leipzig, DE) and at the 26th International Poster Competition (Chaumont, FRA).