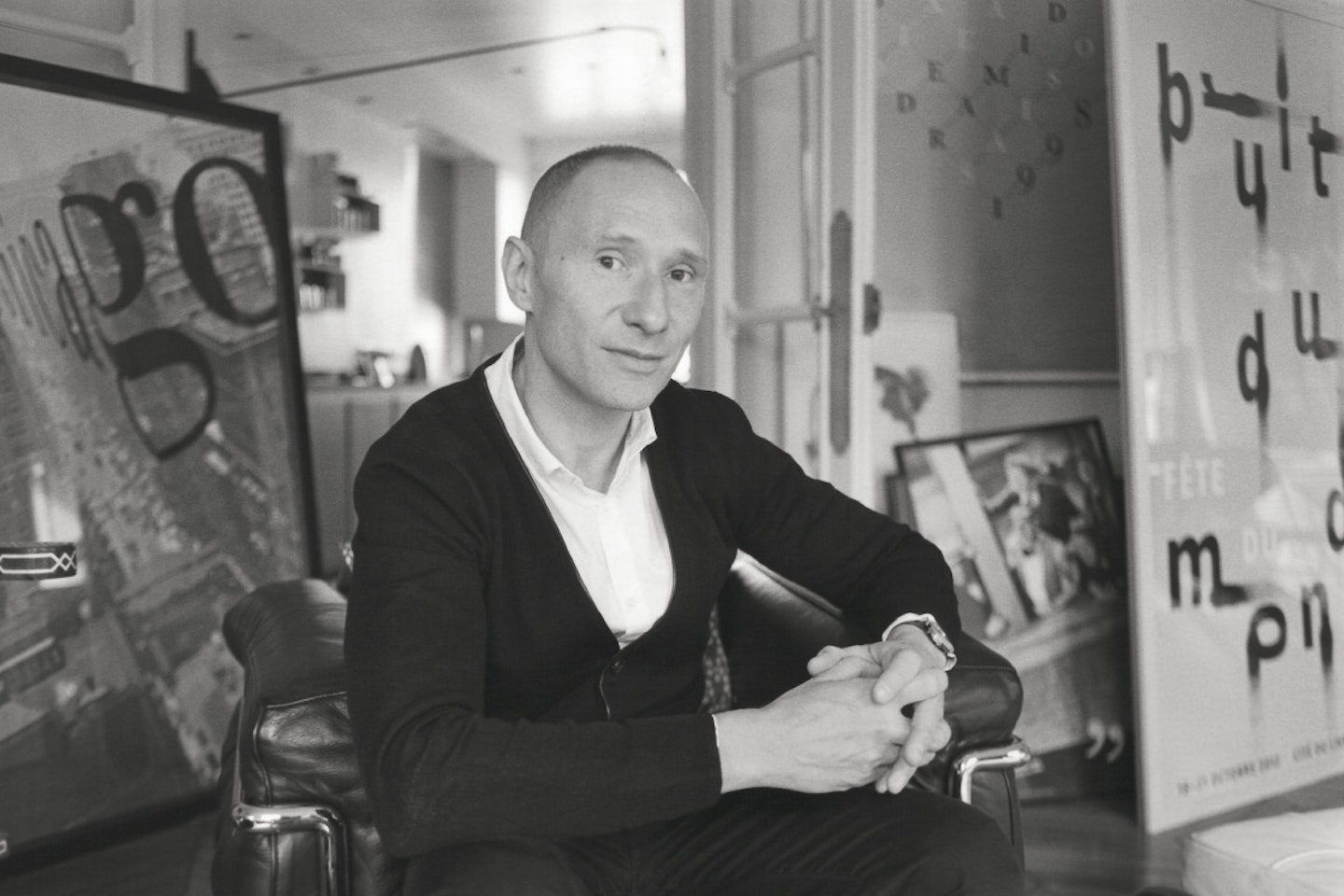 Philippe Apeloig began his training in the 1980s, during the pivotal period when graphic designers began using the computer as a creative tool. The radically different work methods and new aesthetic vocabularies this produced enriched his training at the École Supérieure des Arts Appliqués and at the École Nationale Supérieure des Arts Décoratifs in Paris. His internships with Total Design in Amsterdam (1983 and 1985) and April Greiman in Los Angeles (1987–88) helped him exploit this new creative environment to the full.

He chose the world of typography because it enabled him to transpose the emotions he found in painting, literature and modern dance. He made typographic characters the central element of his creations. Philippe Apeloig’s designs notable for recasting typography as a vibrant, even narrative domain; for their dynamic color sense; and in the case of his limited edition screenprints, for their elegant dance between art and design.

Philippe Apeloig was the subject of a retrospective at the Musée des Arts Décoratifs in Paris in 2013, and Thames & Hudson published a hefty monograph, “Typorama”, documenting Apeloig’s creative output of the last 30 years. In 2015 the Stedelijk Museum of Amsterdam dedicated a solo exhibition “Using Type” focused on posters designed only with type. In 2017 the GGG Gallery will present his most recent design projects in Tokyo.

The lecture will highlights the processes at work in Philippe Apeloig’s typographic creation, revealing the successive stages in his construction of his posters, logos, visual identities, book designs and motion graphics works.