Both comprehensive and innovative, GTF’s design work cuts across commercial and cultural practices and high- and low-tech modes of production. Committed to the expressive power of images and typography, GTF is known for pushing the boundaries of materials and methods. Whether designing exquisite publications, exhibitions, or brand identities, GTF encourages its viewers to take notice of the richness of our world. 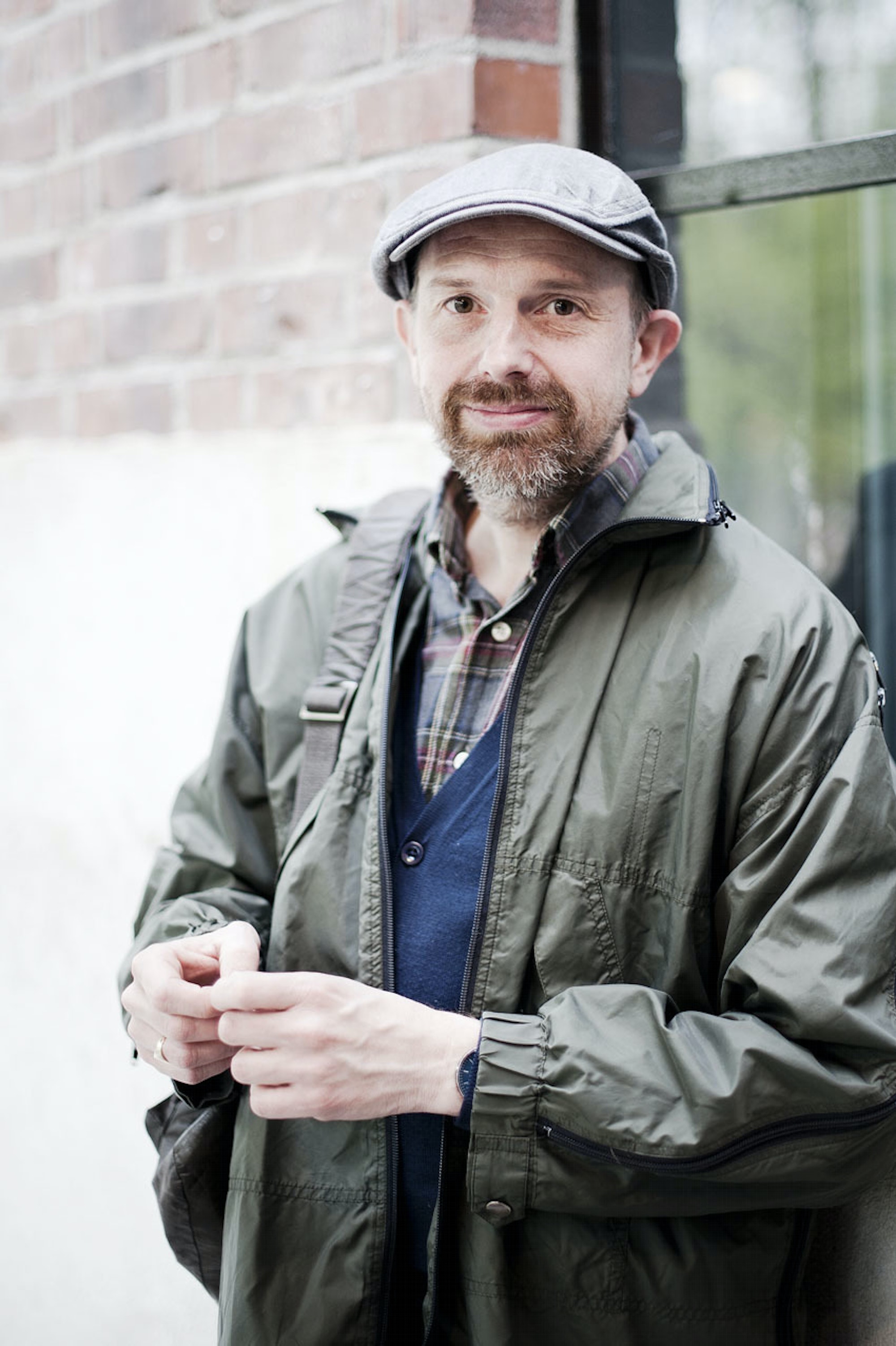 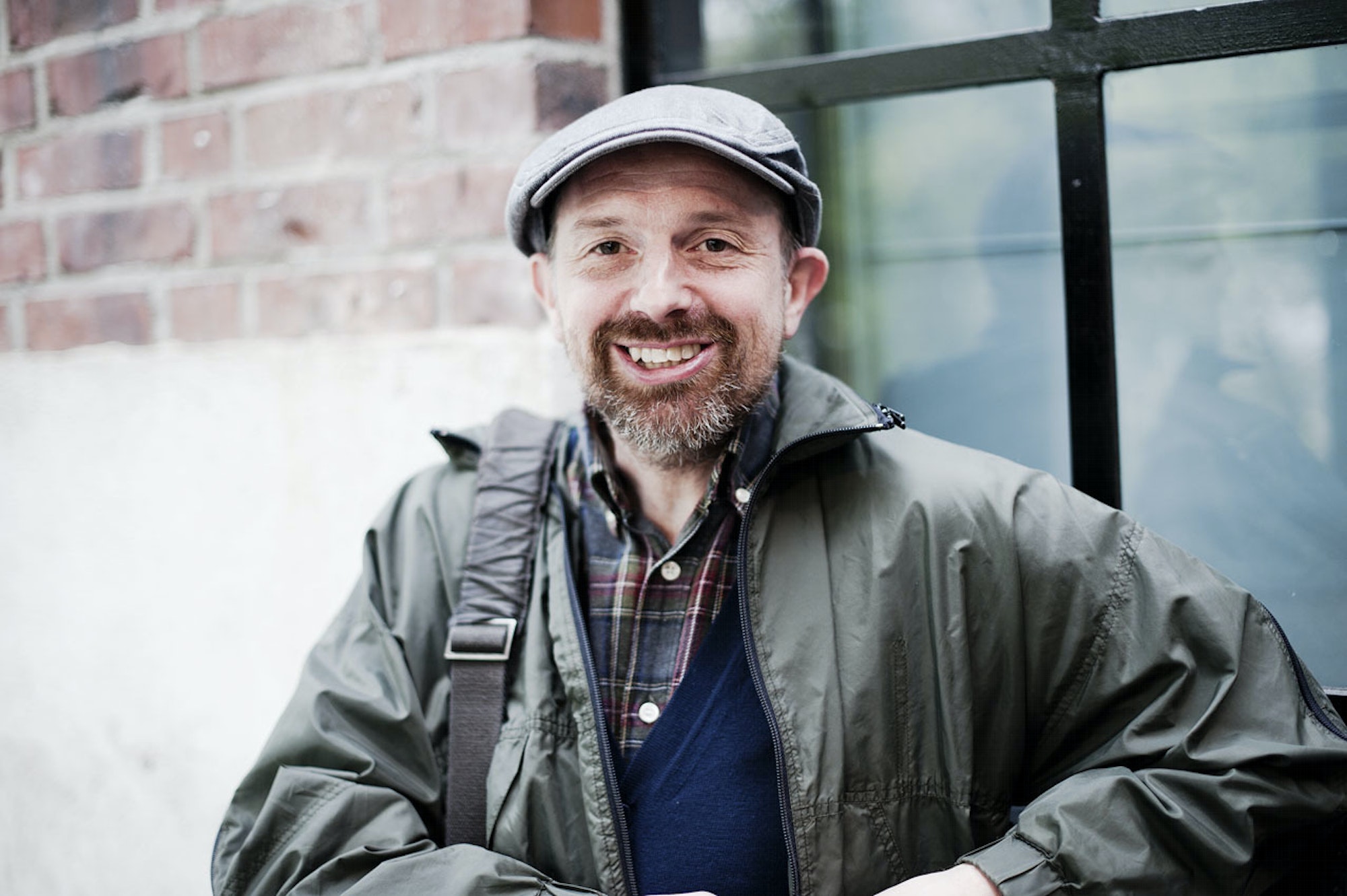 _You’ve been in the business for over 25 years, and are still one of the most progressive graphic design studios of today; how do you stay progressive?
Some of it is simply young blood in the studio. I think that is key. Like in any good practise it’s not just about the people with a name on the door, it’s all the talent you’re working with. I think that’s a huge part of what keeps it alive and fresh. But I think the main thing is finding the right clients to keep you inspired. In the beginning you’re just trying to find someone that will pay you, then you get lucky, fall into it, a sequence of meeting people and clients where you’re right for each other. They’ve got a vision of what they want, they trust your work and give you freedom, and it doesn’t get polluted by a lot of marketing or vox box testing. It just happens. Another thing is a phrasing of partner Paul: the Creative Space in a project. When all the factors of a project are assembled: subject matter, budget, deadline, what people may, or may not expect from an outcome, the life span of a project. All these things are factors that feed into what the final outcome looks like, and what we’re trying to do is tick of all those boxes and find that little something that is a result of all these factors and making it into something we’re proud of.

_So, how does one find the right clients?
I think rather then trading up clients thinking «wow, that client is much bigger and pays a lot more», it’s trying to trade up clients in a sense of opportunity and fit. We’re trying to keep smallish, there are about 12 of us, and I think being so small, you don’t need a lot to be busy or very stretched. Sometimes you just stretch because a lot of deadlines come aside, but sometimes also because there’s a job that looks so good you don’t want to say no. Hopefully when those opportunities come along you can take the chance to do it. And maybe that’s where the collaboration thing helps as well, in keeping it fresh. We work with other studios in term of architects and interior designers or curators. It’s not like we just have to sit there and everything comes from us. You’re reacting to the people’s ambitions for a project, and how you can satisfy what they want out of it, and hopefully get something out of that. I think we’ve learned over the years to trust that work will come along, so if a job doesn’t feel just right; which might be the creative opportunities not feeling quite right, or the set up with the client being tricky, I think it’s good to trust your instinct and think «We’ll just see. What happens, happens» and hopefully more often than not, a few weeks later maybe something comes up that makes you think «wow, I’m really excited about how this could happen», and then you’re so glad you didn’t sign up for the other thing. 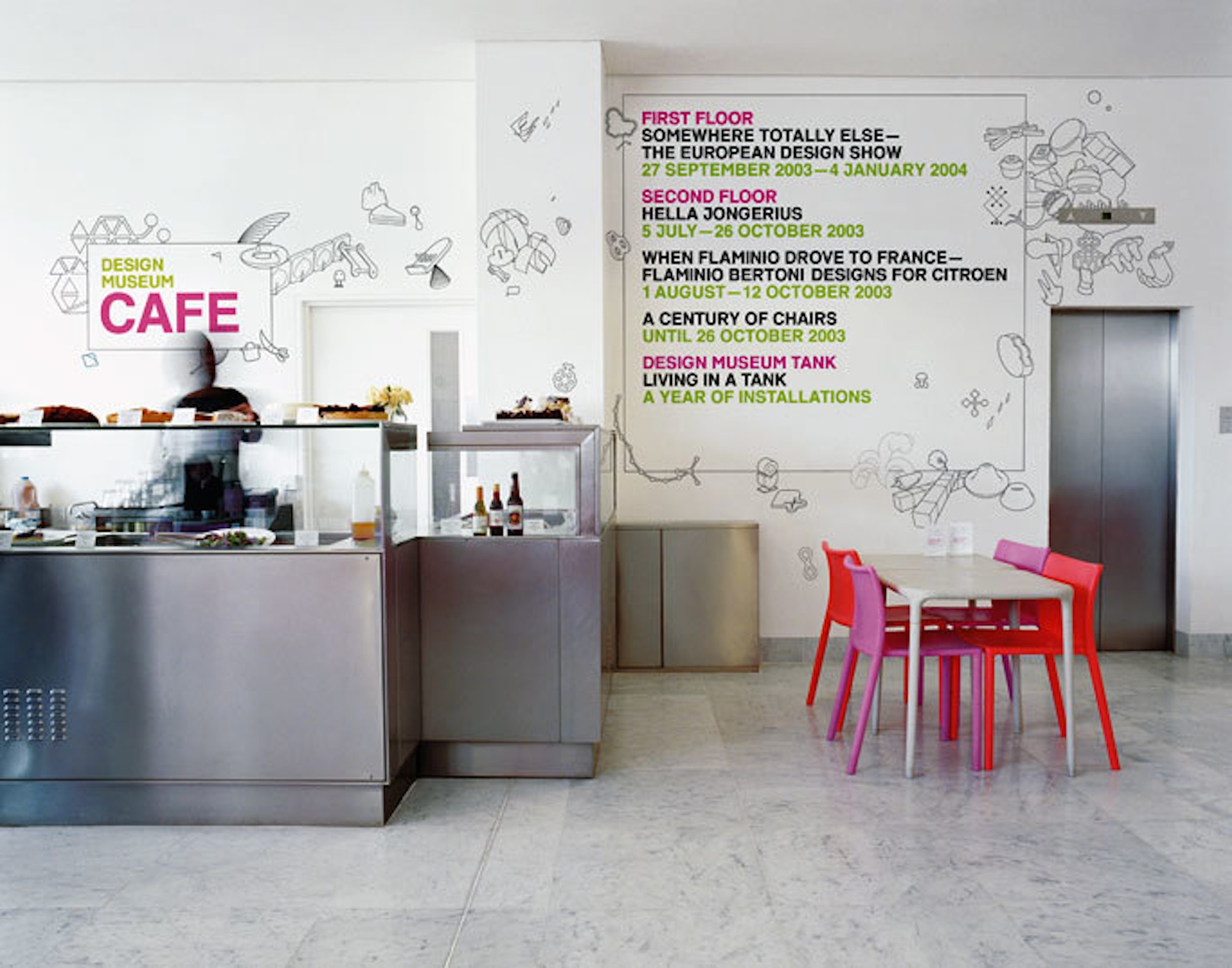 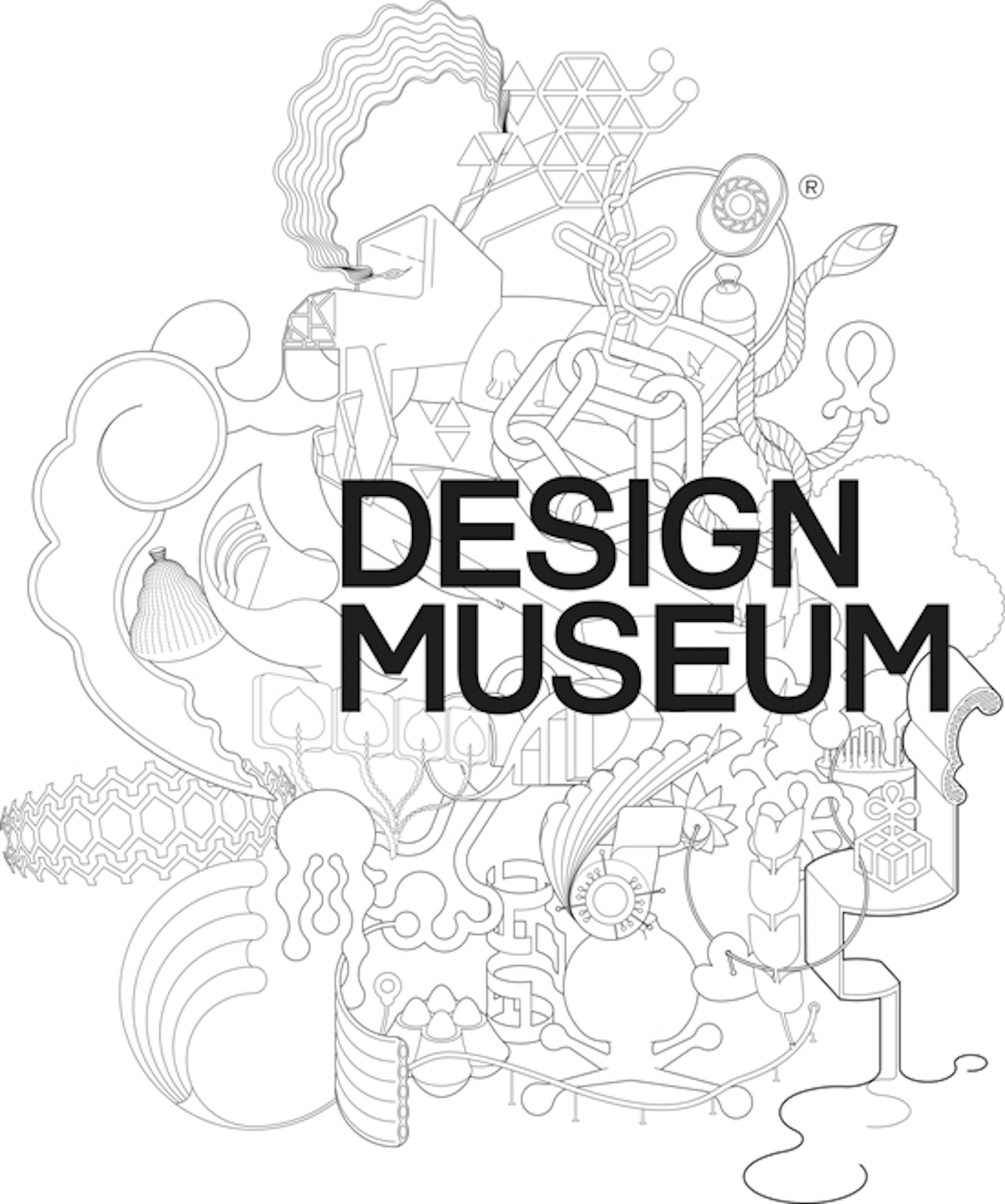 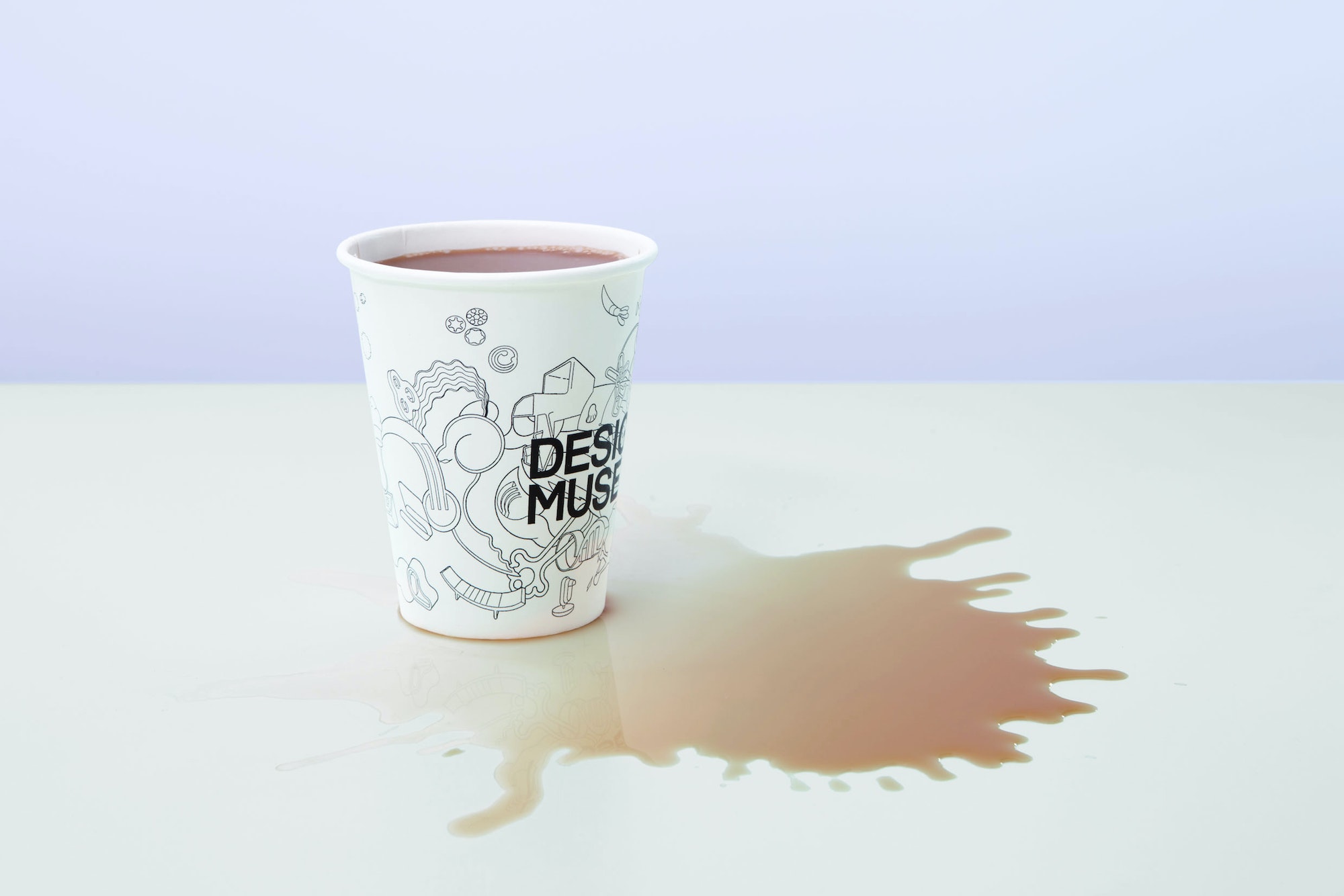 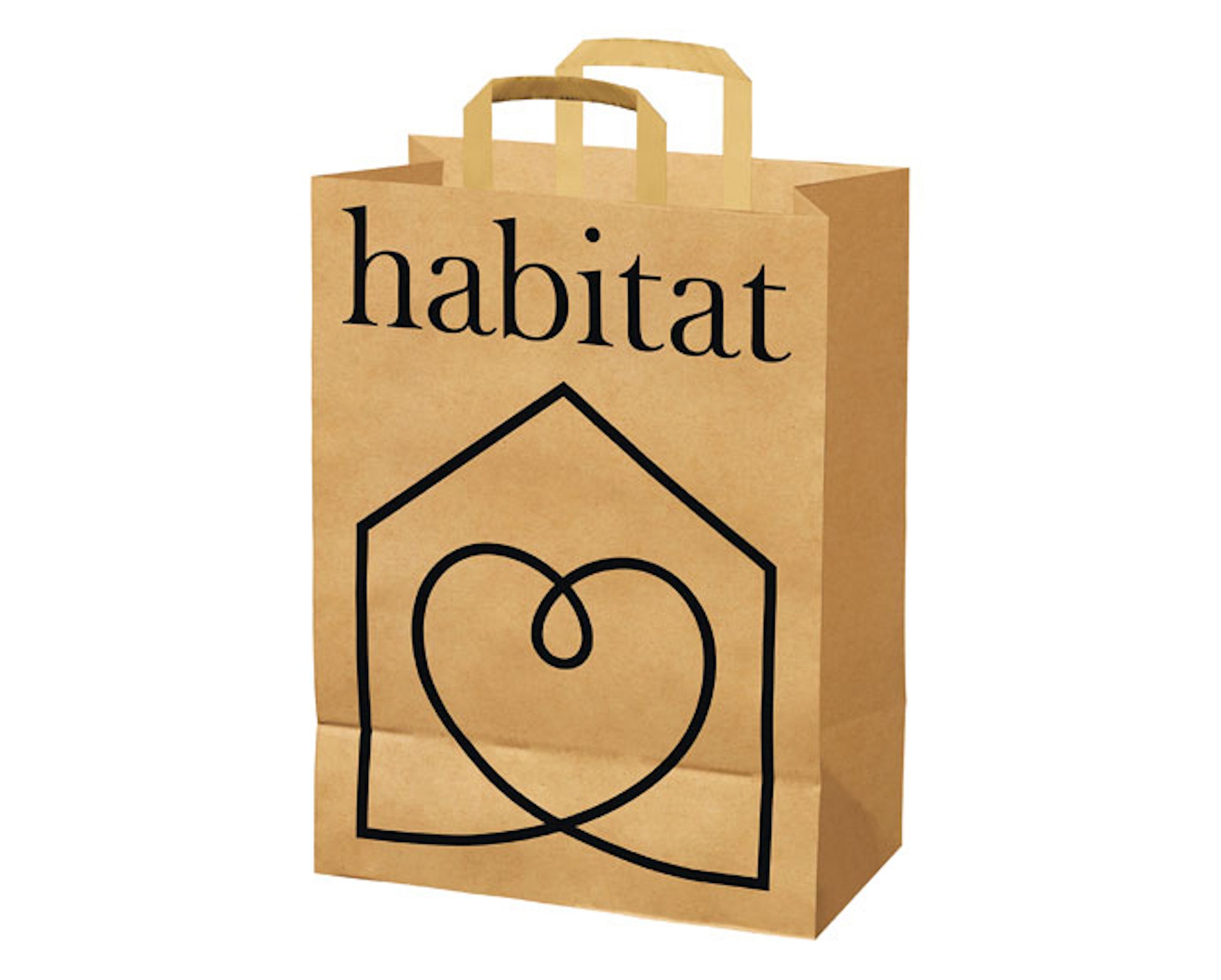 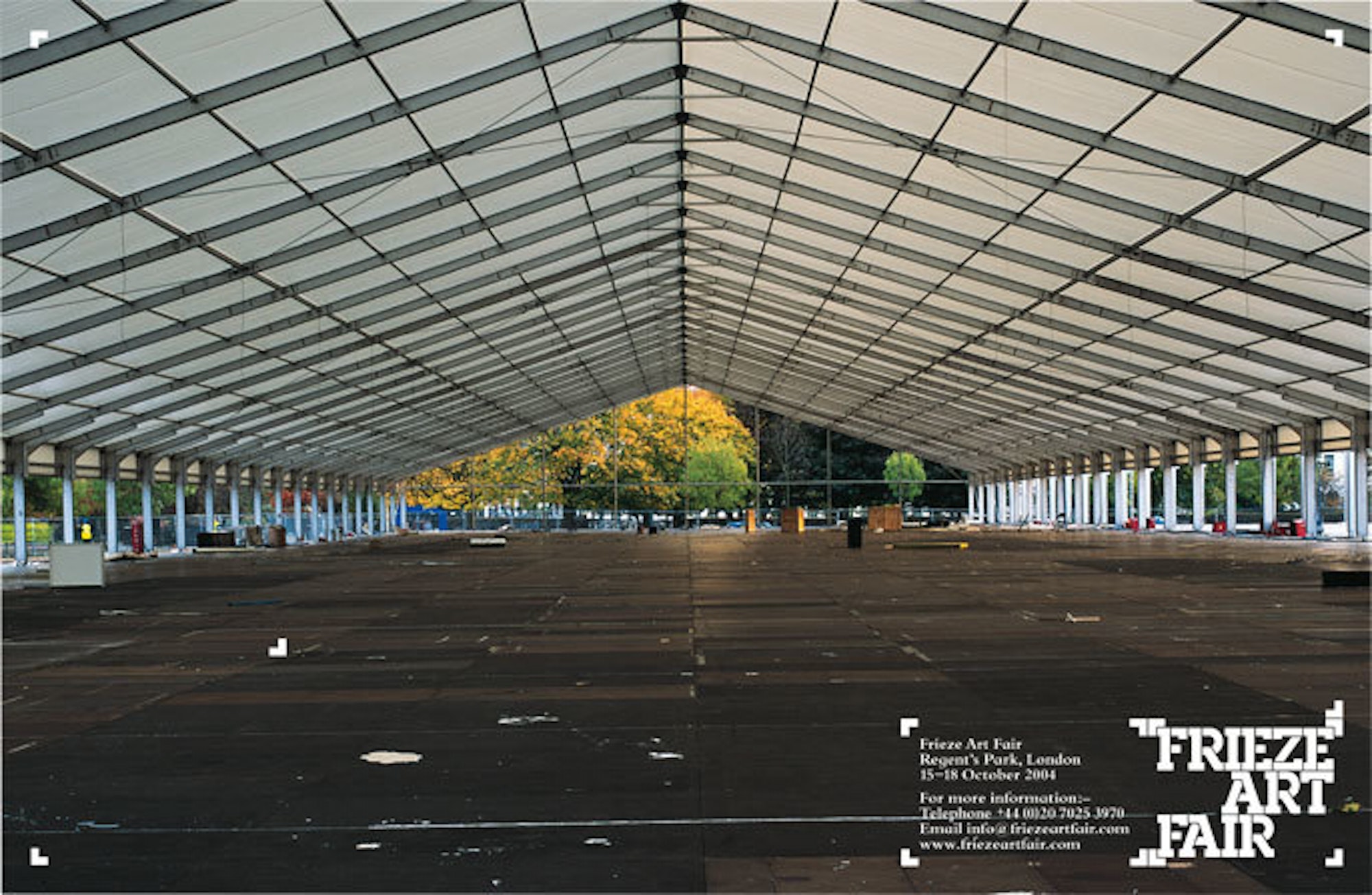 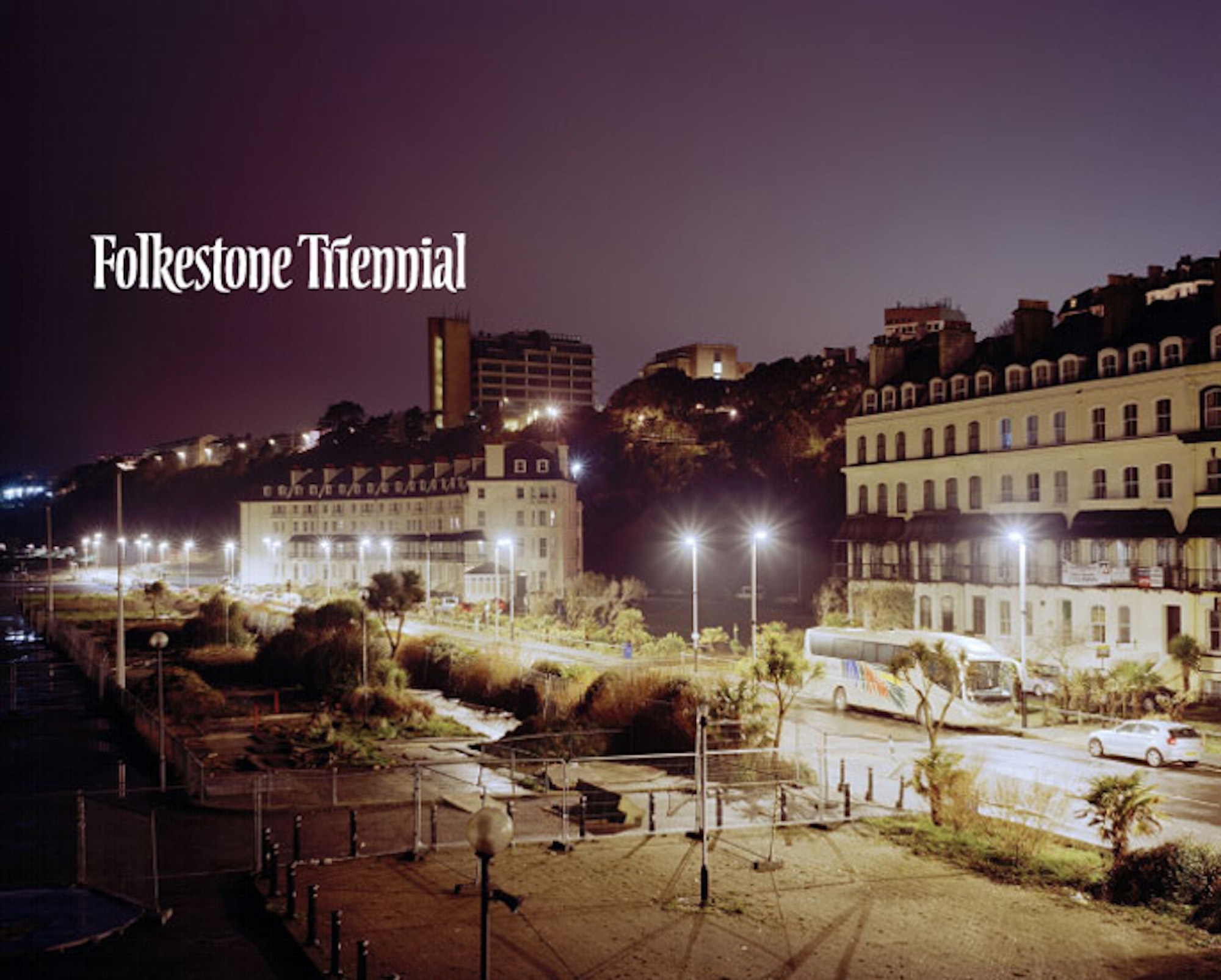 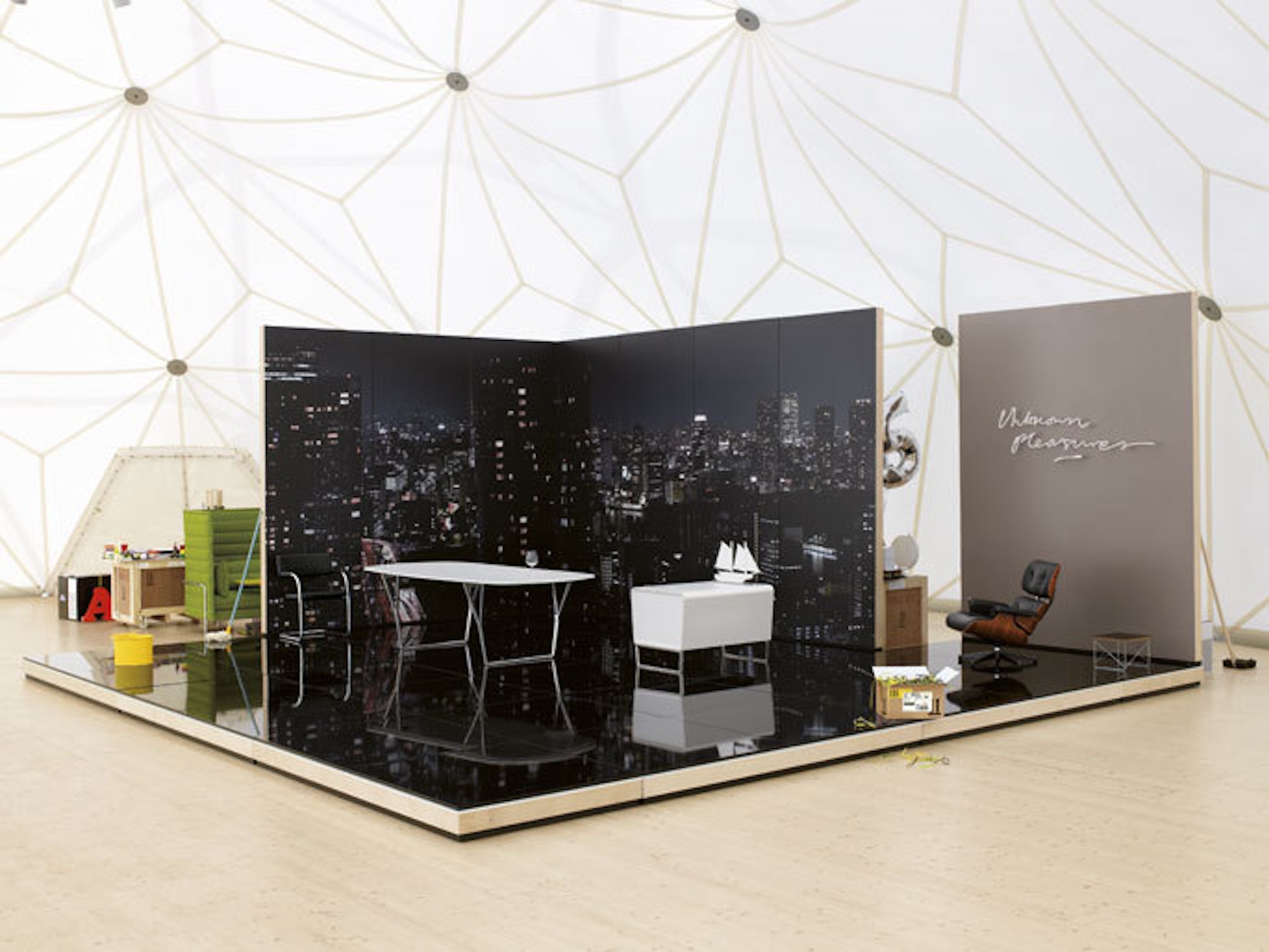 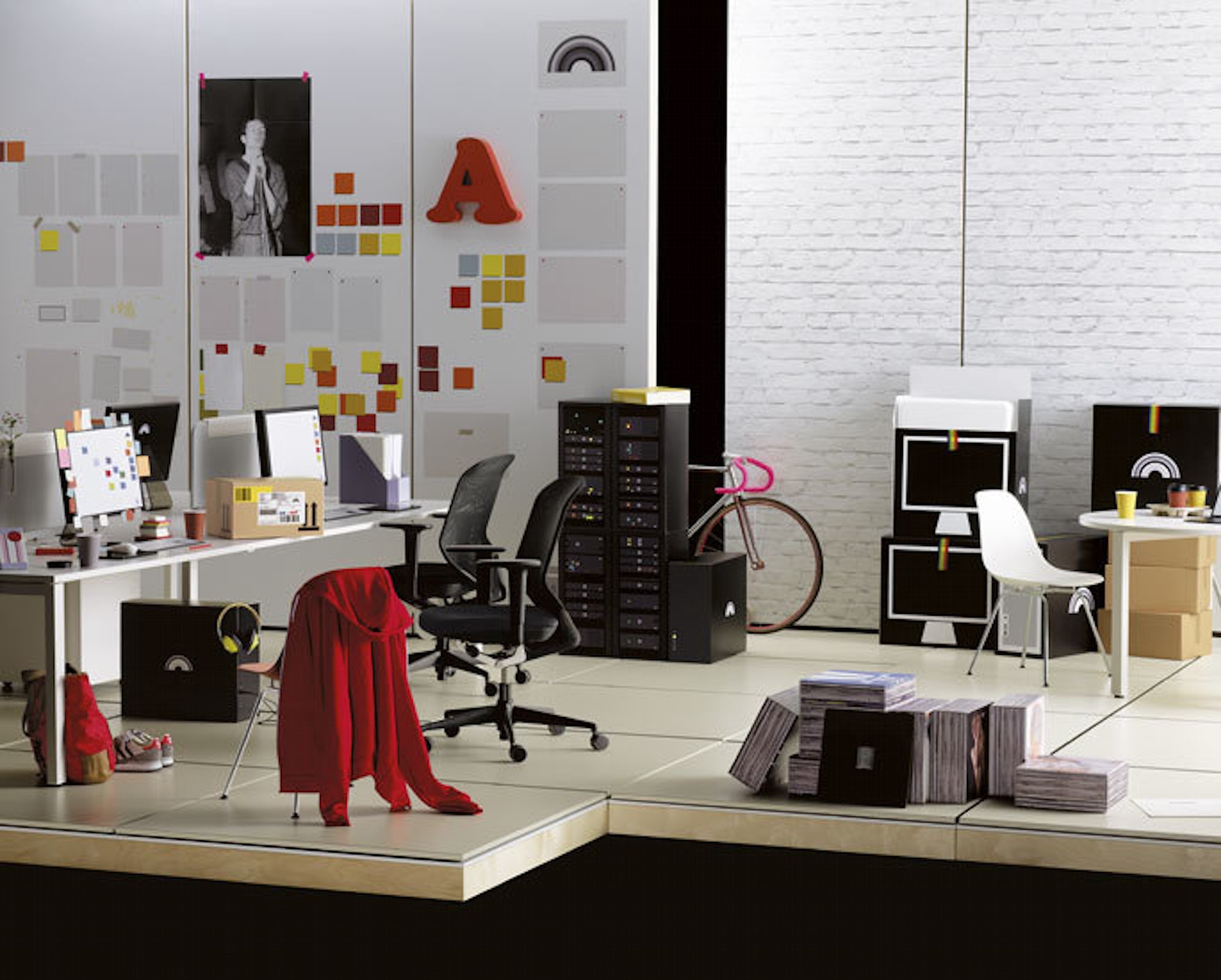 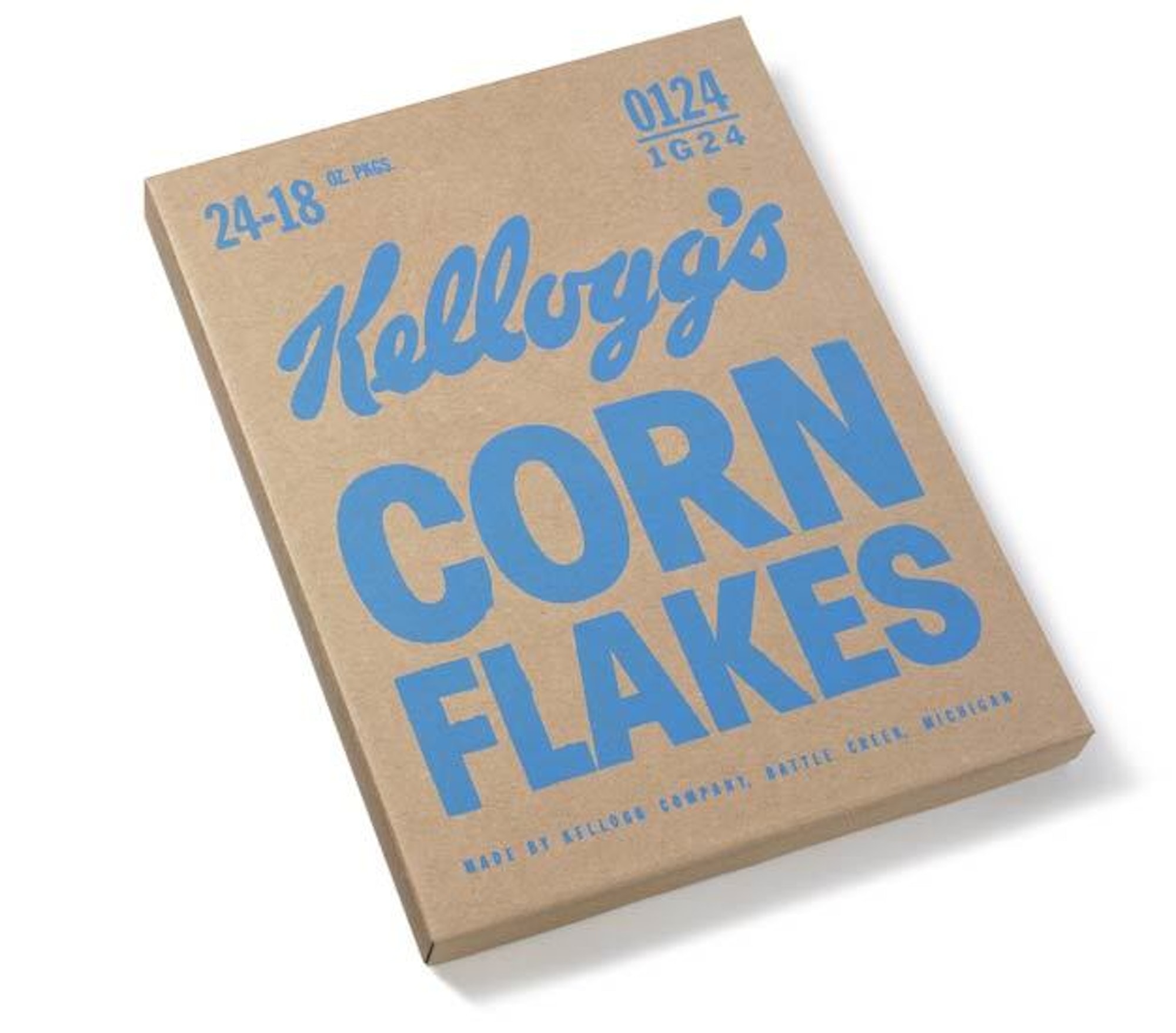 _Do you work according to any typical ‘GTF design process’?
We probably do, but I’m not quite sure I could quantify it. I think in some instances, an idea might come quite quickly and maybe be very simple. Then it’s about how it’s made in detail and that it can be worked out quite logically; who can we work with to produce this, what time have we got. You rationalize it. The idea is key, but it can be the result of one 20 minute meeting. Then we’ll spend six months making it. I don’t think there’s a norm for the studio, but for myself I’ll probably try to write about a project and that will help me crystallize what we are trying to get to. I think if I can single out a paragraph for myself about what we’re trying to achieve with something, that helps.

_You mentioned incorporating Sketch Up and basic technology in your design process. After many analogue years, would you say you embrace technology?
I think we do, I mean, not in the way that we have our own 3D department or film department, that’s why we still work with collaborators. If we need a really good web programmer, we know where to find them. We certainly embrace how it can help us, but I would say that a lot of the things that come out of our studio are very imaginable pre-computer. They could have been done before computers. Obviously it’s very rare a project ends up not going through a computer. But very few of our projects depend on the computer. So yeah, we embrace and use technology, but maybe more so when we use, and interact with materials. You can do wondrous things with aluminium, because they’ve got new technology. There are so many brilliant materials out there; these fantastic technical laminates, fire proof, sound proof, that bring radio connectivity to the inside of a building. You look at them and are like «wow, great!» because they’re like this mint/pink foam. 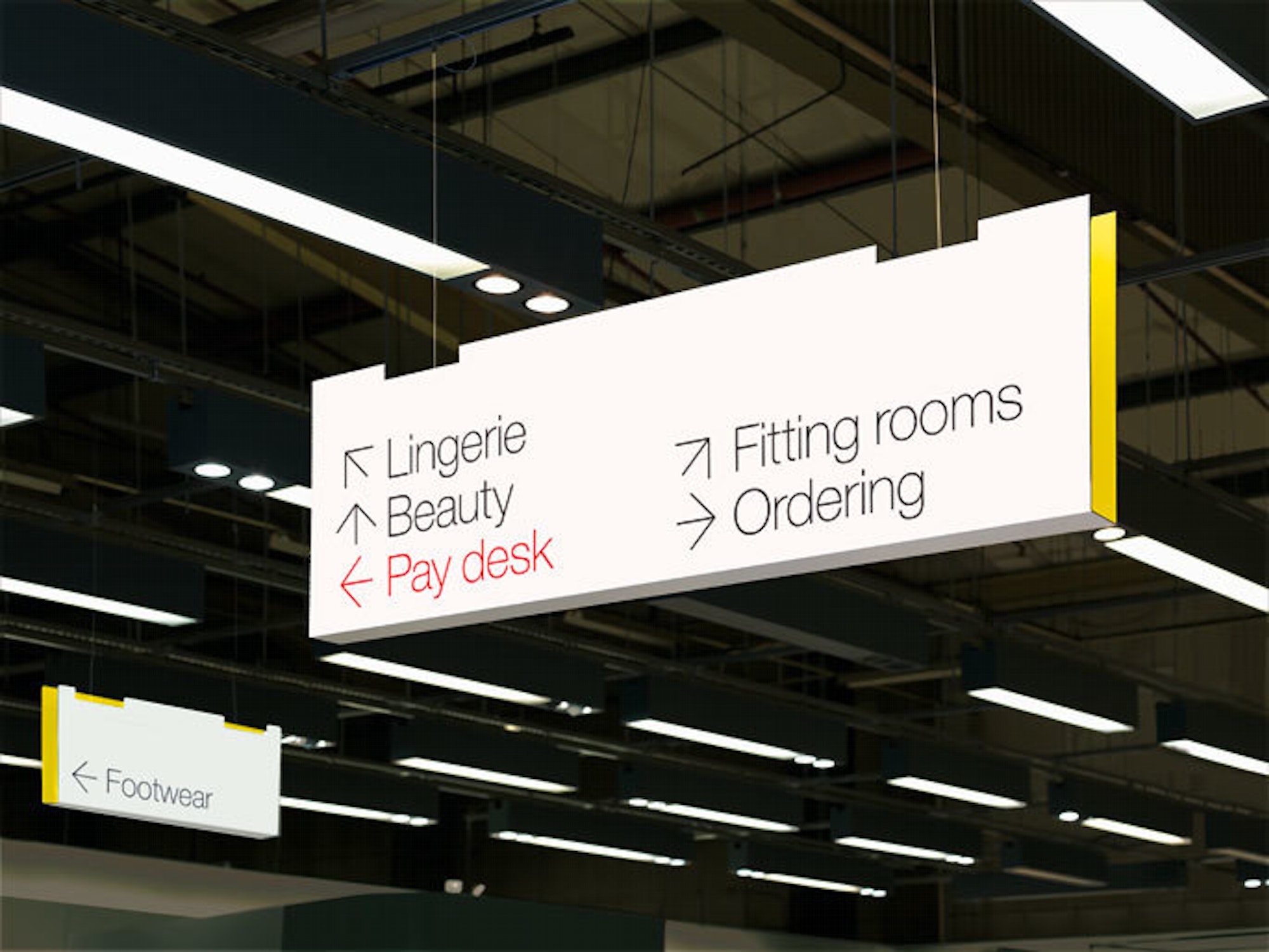 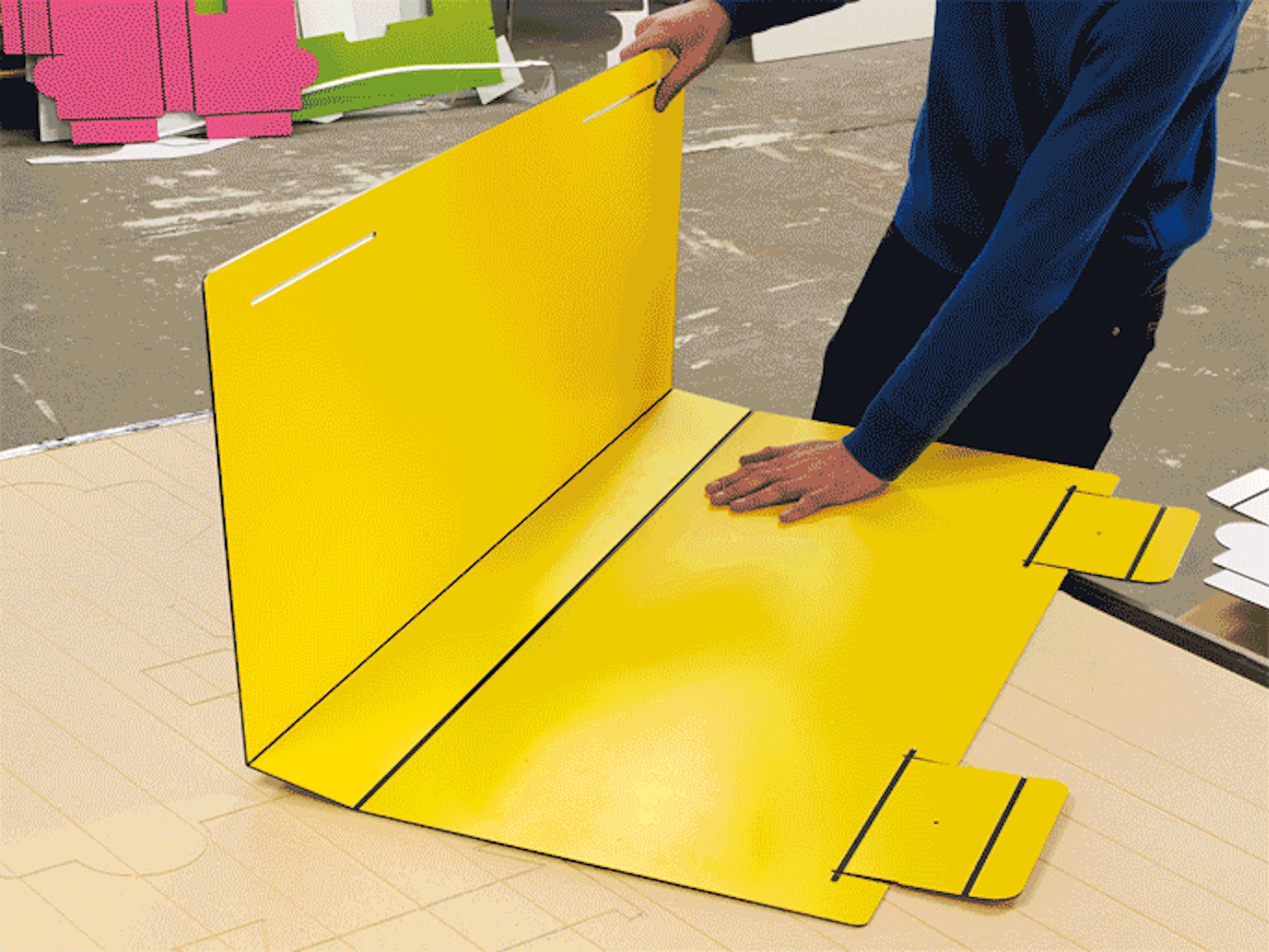 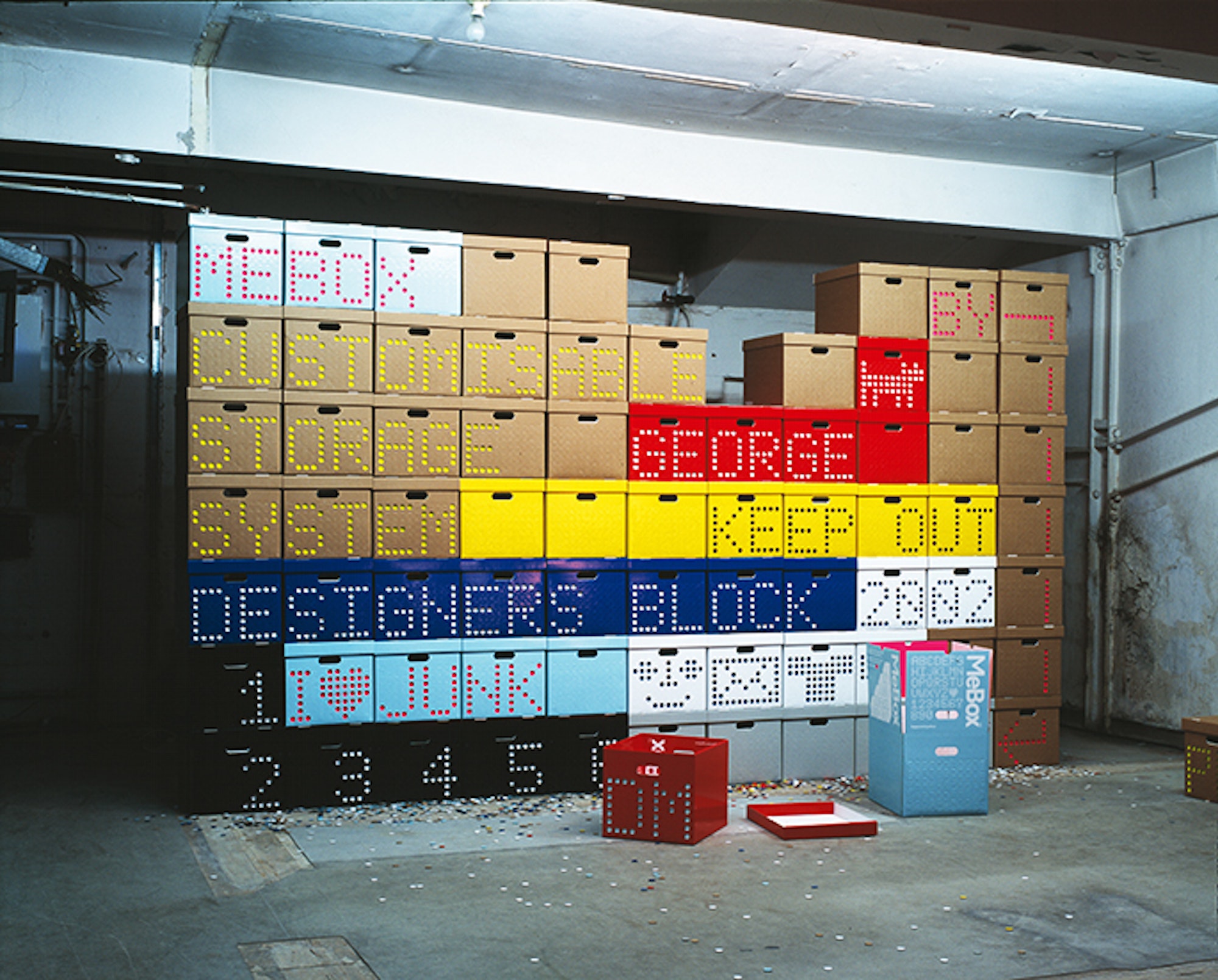 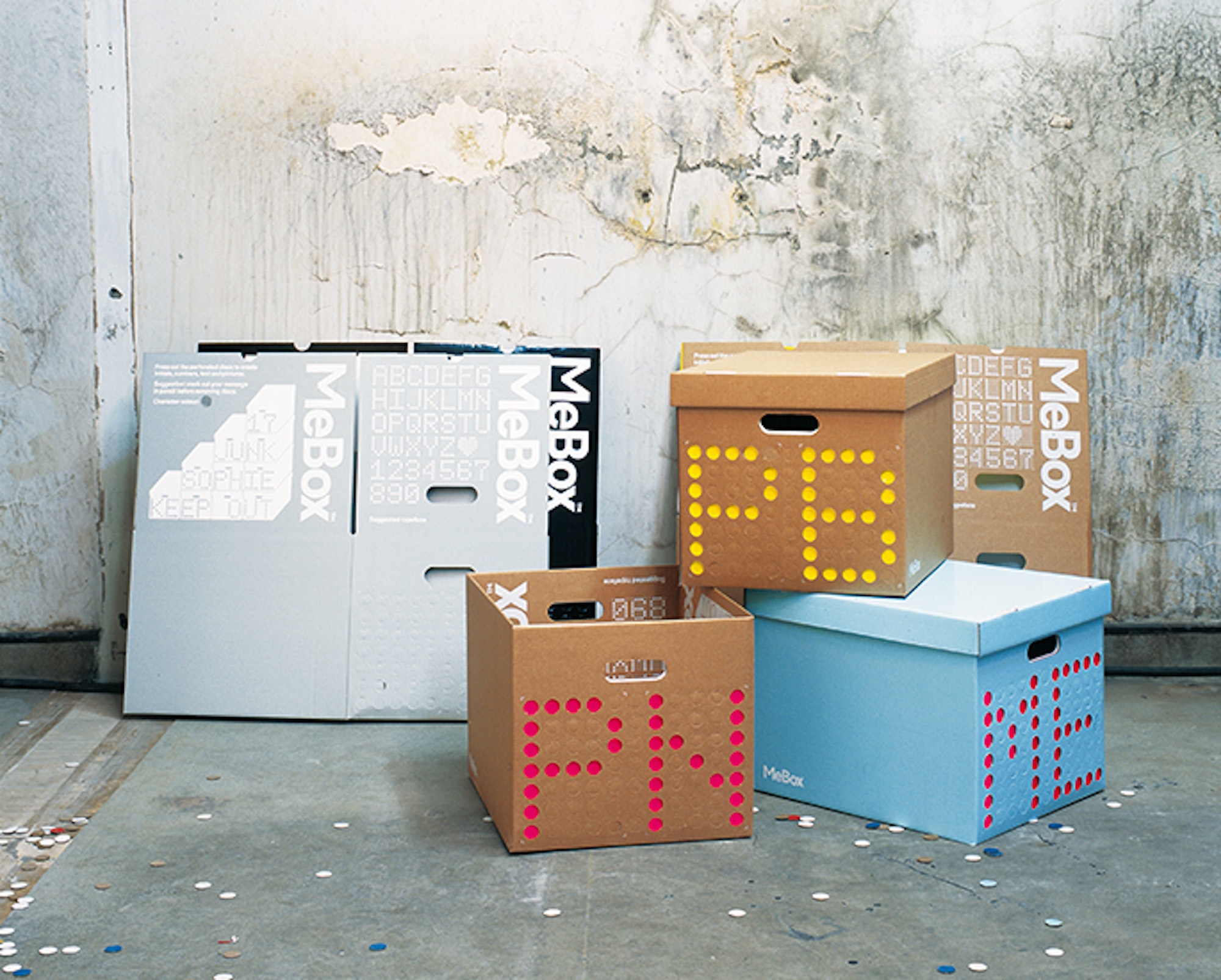 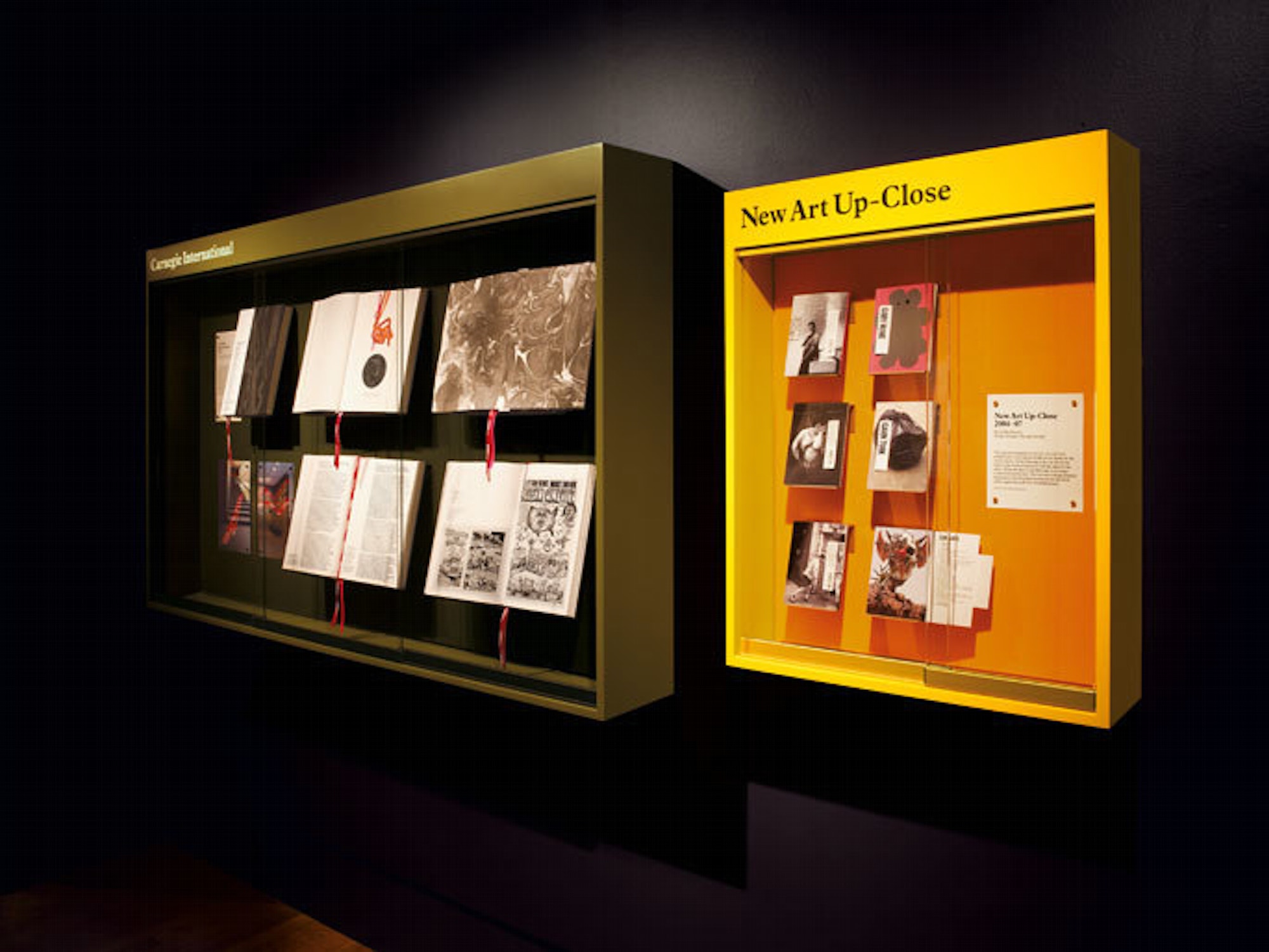 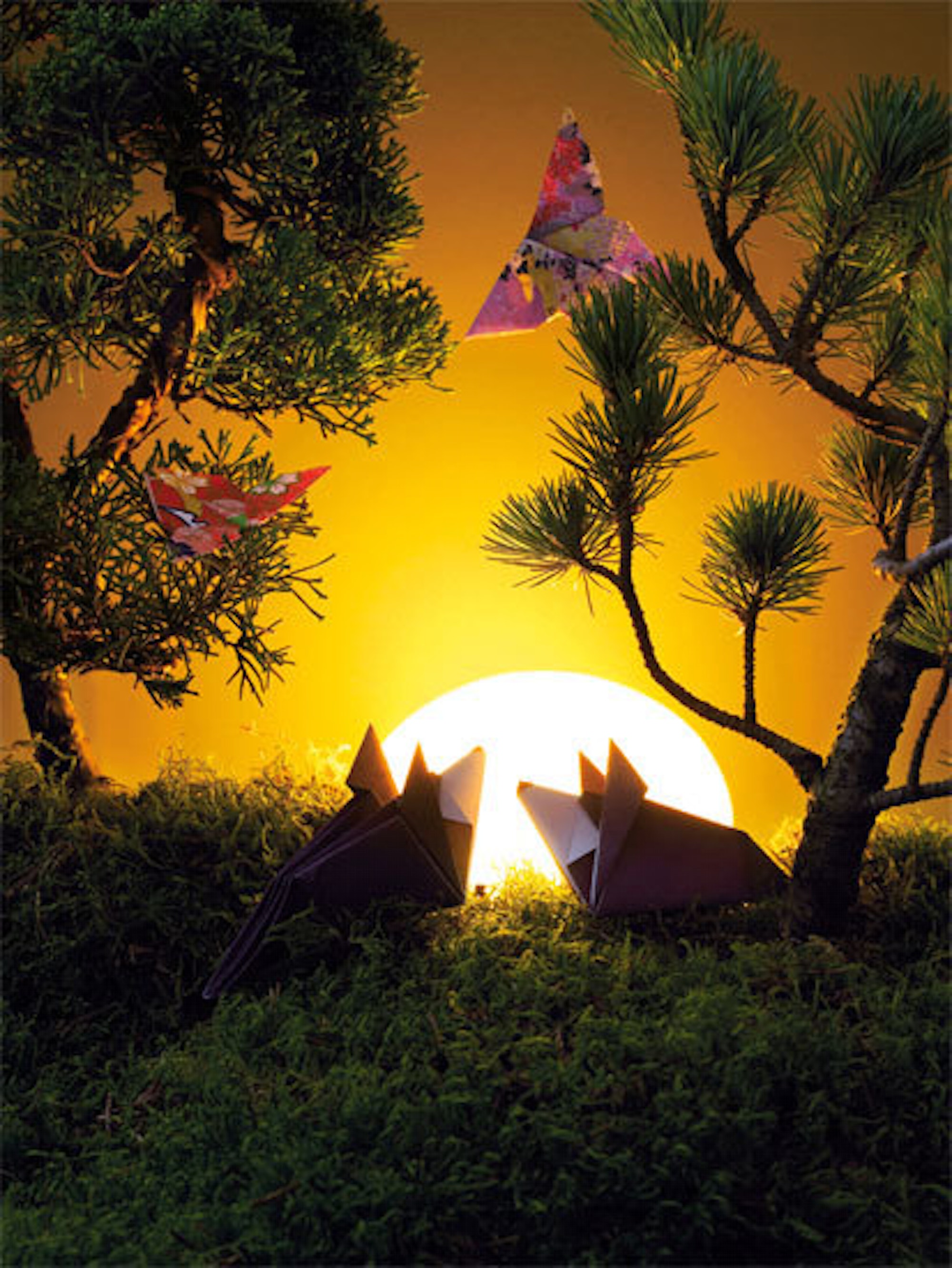 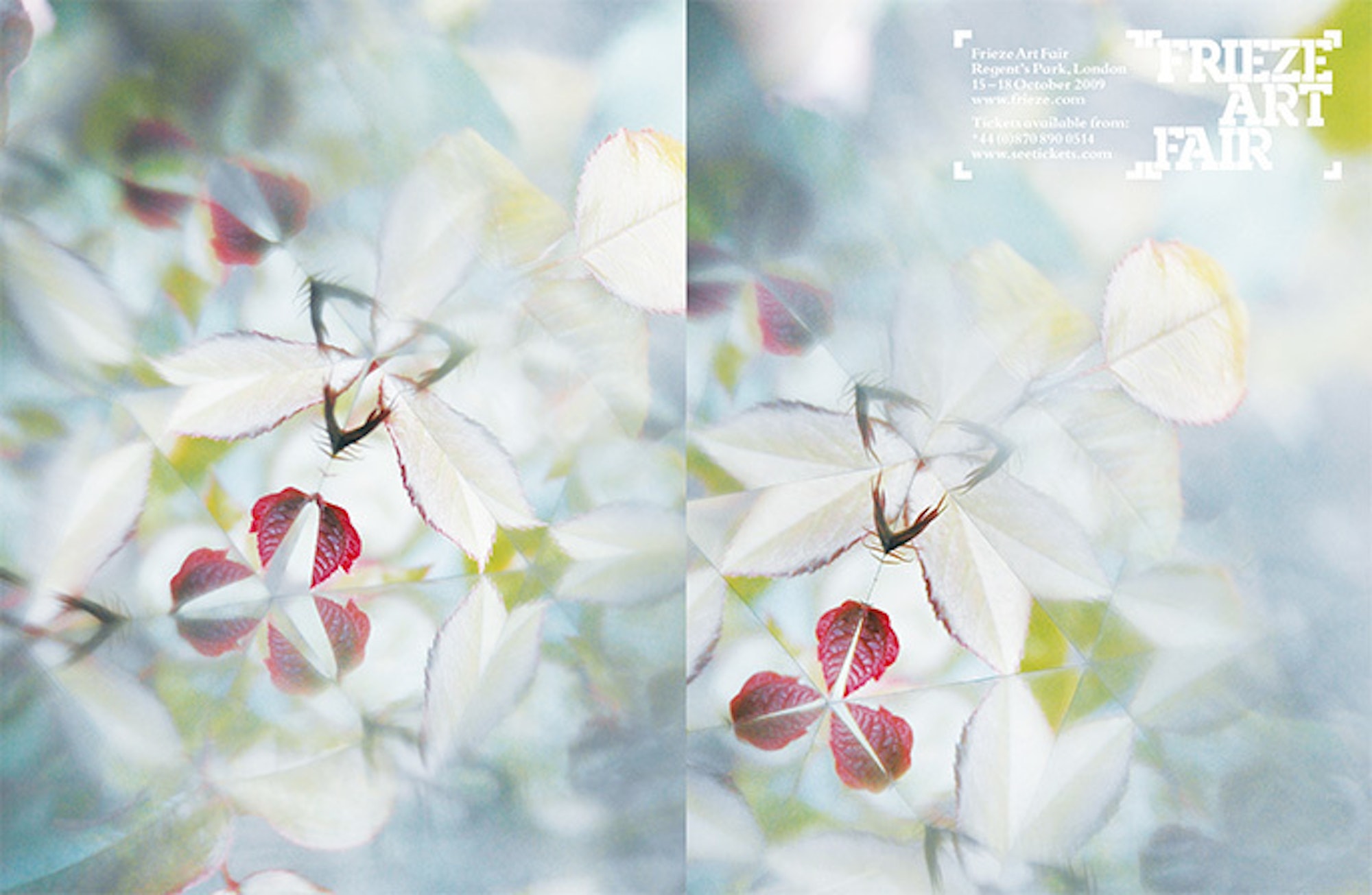 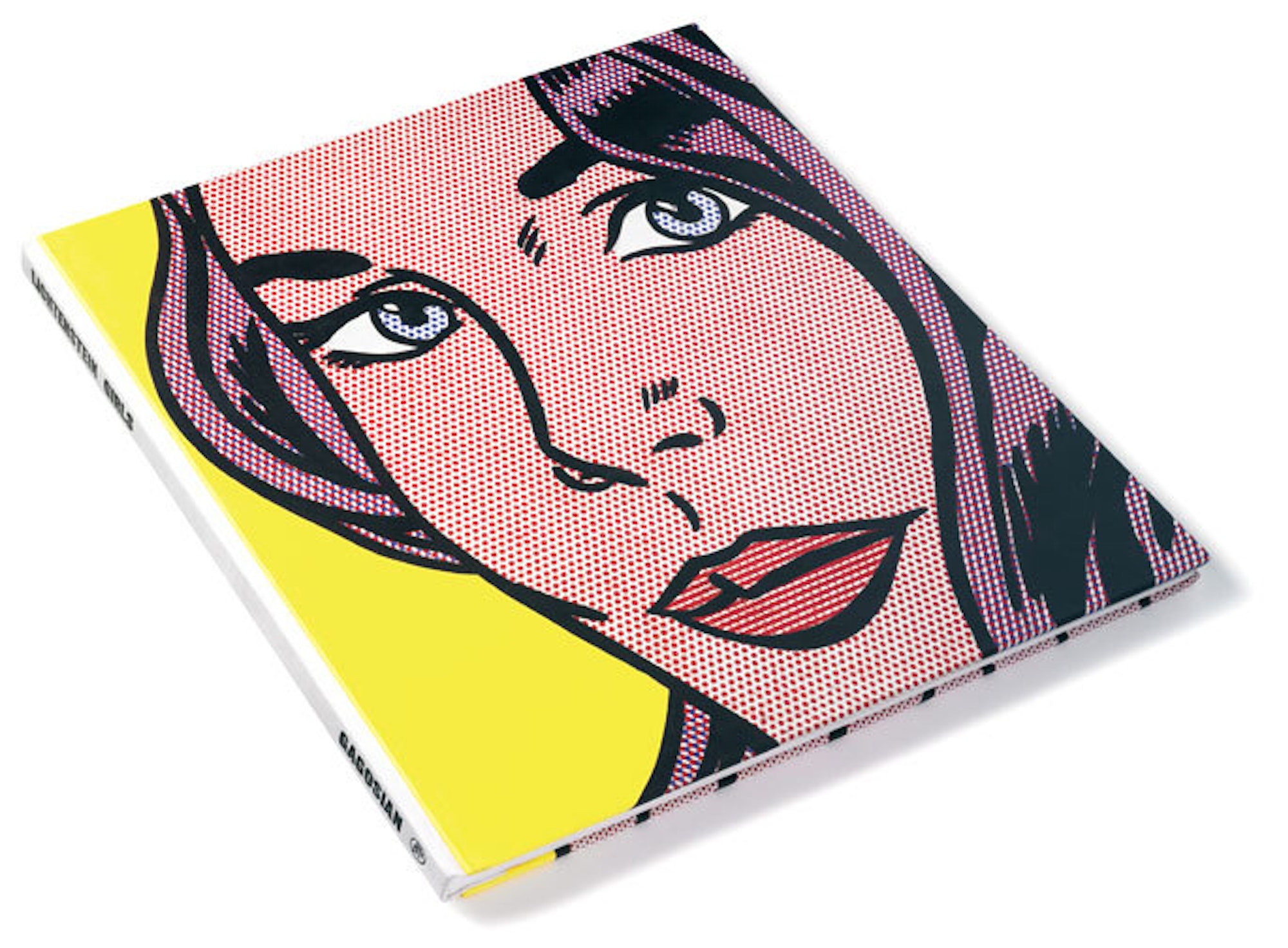 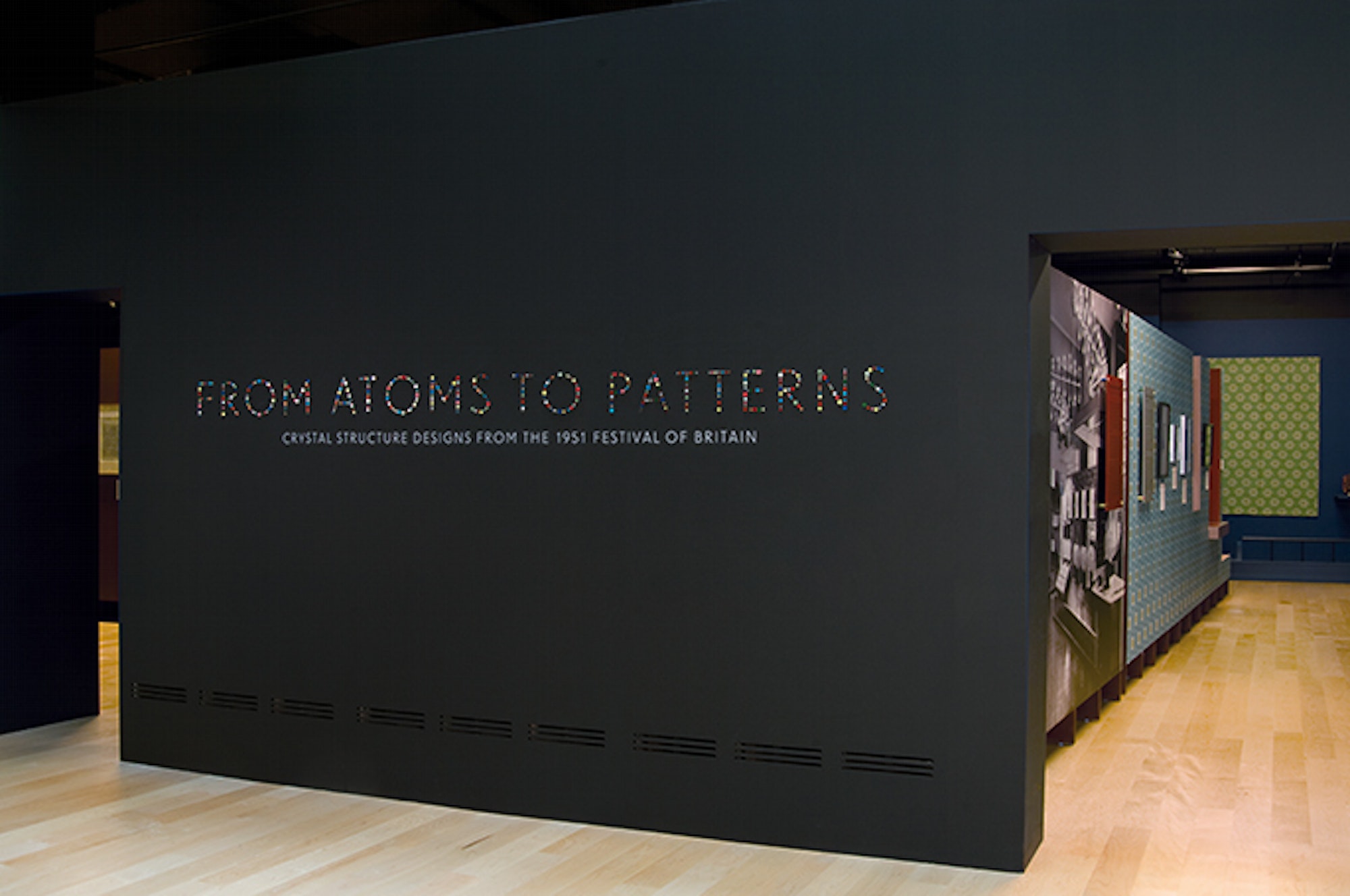 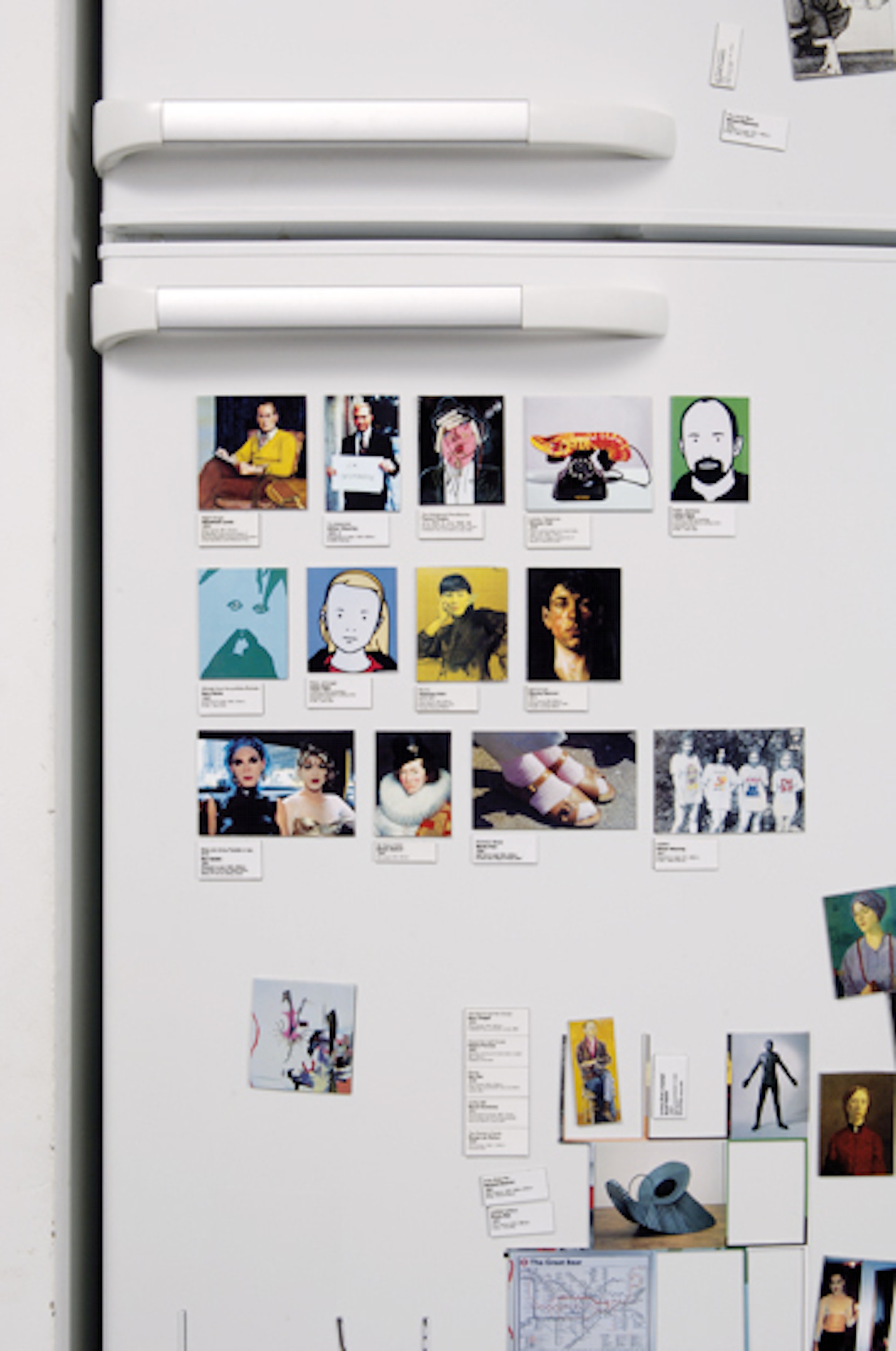 _Going back to talking about choosing which projects to work with; was it a conscious choice for you to centre so much of your work around the cultural sector; art, music, design and so forth?
No, there wasn’t really any grand plan. When we started out we had to fill out a form for the bank so they would lend us money, and we put down that we were going to design three record covers a month, whilst we’ve ended up probably designing three record covers in 32 years! At the time we were teaching to make a living, as well as doing our work. An ex-student from St.Pauls was working for Habitat as a designer, a new guy comes in on marketing, asking who to talk with in London, we got introduced, through Habitat they started an art programme, through that we met the director of Frieze. So it really just happened that way. We didn’t set out in that sense that we wouldn’t work for big city boys, but in the years we did end up working with those kinds of projects, we didn’t enjoy it. So I think we ended up finding the clients were we could do the work we wanted to, that paid a living. In the beginning it was hard, because we were broad. We weren’t book specialists or record designers, and people then were like «I like your work but it’s not square, so you can’t do record covers». It really was as mindless as that often, so that was a problem earlier on. But after 20 years it’s a great advantage. So no grand plan, we’ve just been lucky.

_How does working with creative clients influence your work?
We very much enjoy working with other designers, like product designers, as we often do. It’s really nice presenting to a client that gets it. I remember doing a presentation for a book we did on Ron Arad for Phaidon, and Alan Fletcher was Art Director. It was great, we could just show him the idea as a scribble, and he immediately got it. If we had to present the same idea through a layer of marketing people, we’d have to work it up on a much larger scale.

_If you had to choose a completely different profession; what would it be?
Maybe it wouldn’t be completely different, but I think if I had to work in another creative field it would be as a set/theatre designer. I think that’s the one I’d really like a go at. I’m not sure I’d have any talent at it, though. I don’t go to the theatre so often but every time I do, I’m blown away by it, and just absorbed by it. And I think that again is that collaborative thing working with light, people, set builders, choreographers and directors. Being part of a collaborative team, working towards a total wow-experience for the end user.

_Have you got any piece of advice for young aspiring designers?
Without making it sound like it’s all about networking; when we now look at clients we’ve been working with, we can trace the history way back to college. It might be a furniture designer we did a little thing with or were friends with at college who’s now kitting out a hotel somewhere. In whatever discipline there are people you’ll share an attitude with, and those links are great. Just people you get on with. Ten years might pass until the right project comes up, so I think thinking outside your discipline and making contact with people outside your field is important. When we look back it’s been fantastically fruitful for us. Writers, photographers, curators, people who do something completely different. They’re just people you get on with. So keep those connections in a genuine way. I think that’s a good thing. It seems circumstances are very different now. It’s much harder for young people to start a studio these days. When we were young we didn’t have to pay for an education, it was easier to start slowly, and I think today’s students feel a greater pressure to leave and get a job or get clients. But I think my advice would be: Keep doing the work you like doing. Keep finding people to collaborate with, even though it’s not great paid work. Over time, I believe that network will build and bear fruit. You might have to work in a magazine laying out things to pay the bills. Still, keep an eye on the work you want to do.